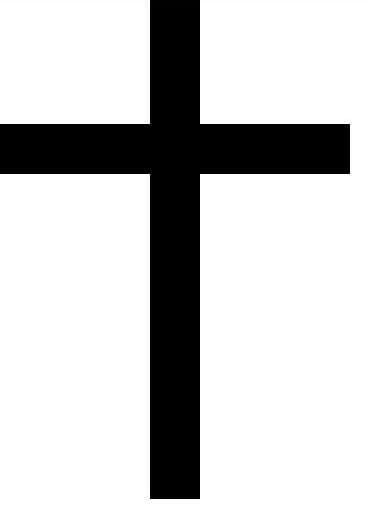 Christianity is an Abrahamic, monotheistic religion based on the life and teachings of Jesus of Nazareth. It is the world’s largest religion, with about 2.5 billion followers. Its adherents, known as Christians, make up a majority of the population in 157 countries and territories, and believe...Read More 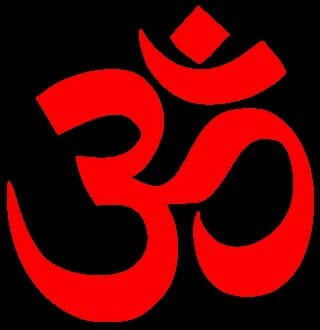 Hinduism () is an Indian religion and dharma, or way of life. It is the world’s third-largest religion, with over 1.2 billion followers, or 15–16% of the global population, known as Hindus. The word Hindu is an exonym, and while Hinduism has been called the oldest religion in the world, many...Read More 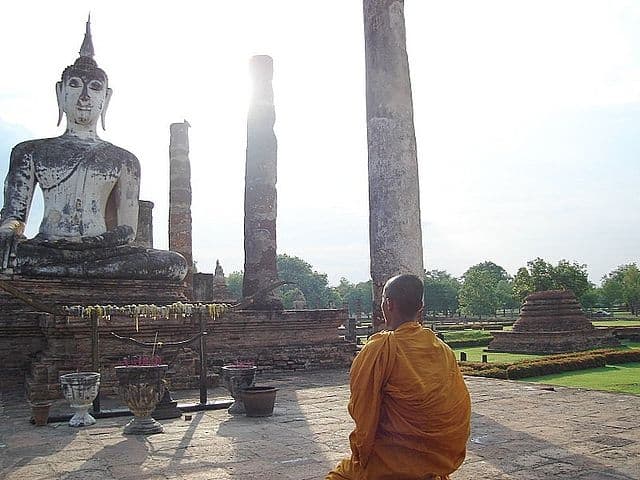 Buddhism (, US: ) is a widespread Asian religion or philosophical tradition based on a series of original teachings attributed to Gautama Buddha. It originated in ancient India as a Sramana tradition sometime between the 6th and 4th centuries BCE, spreading through much of Asia. It is the world’s...Read More 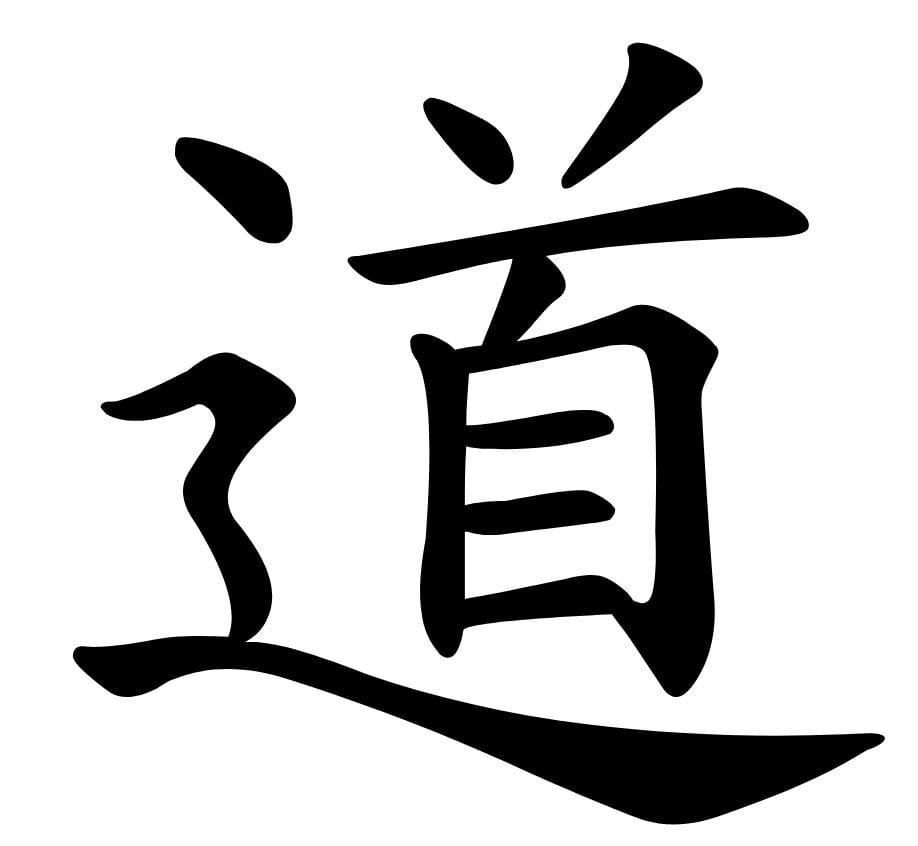 Taoism, is a philosophical and spiritual tradition of Chinese origin which emphasizes living in harmony with the Tao. In Taoism, the Tao is the source, pattern and substance of everything that exists. Taoism teaches about the various disciplines for achieving “perfection” by becoming one with the unplanned rhythms of the all, called “the way” or “Tao”.

Atheism, in the broadest sense, is an absence of belief in the existence of deities. Less broadly, atheism is a rejection of the belief that any deities exist. In an even narrower sense, atheism is specifically the position that there are no deities. Atheism is contrasted with theism, which in its...Read More 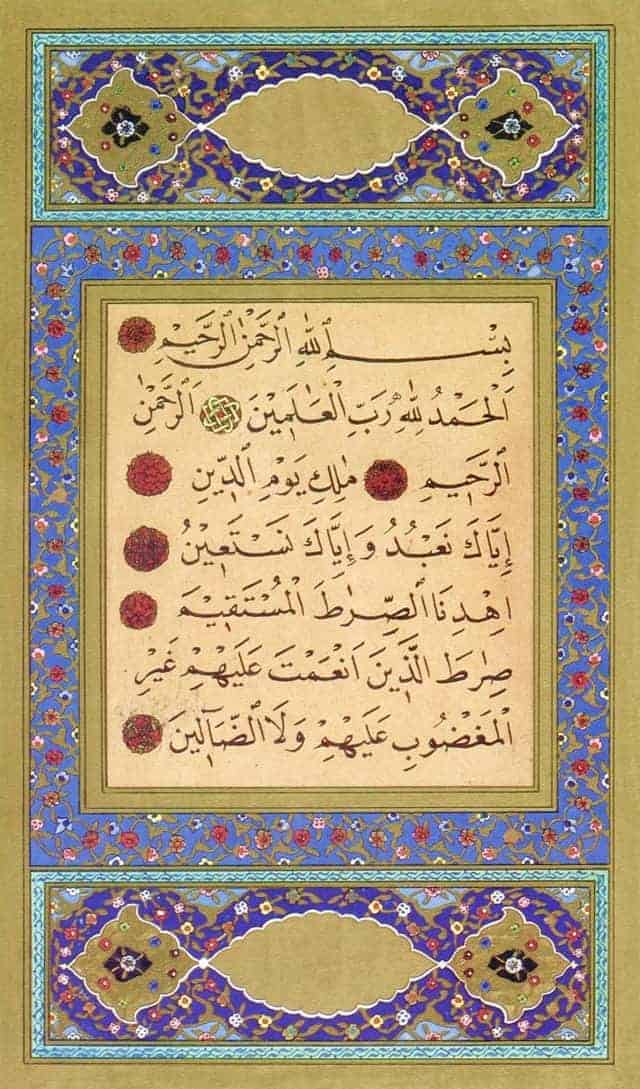 Islam (; Arabic: اَلْإِسْلَامُ, romanized: al-’Islām, [ɪsˈlaːm] (listen) “submission [to God]”) is an Abrahamic monotheistic religion teaching that Muhammad is a messenger of God. It is the world’s second-largest religion after Christianity, with 1.9 billion followers...Read More 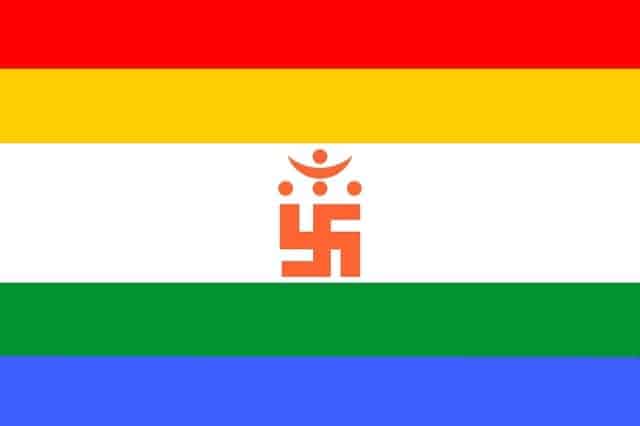 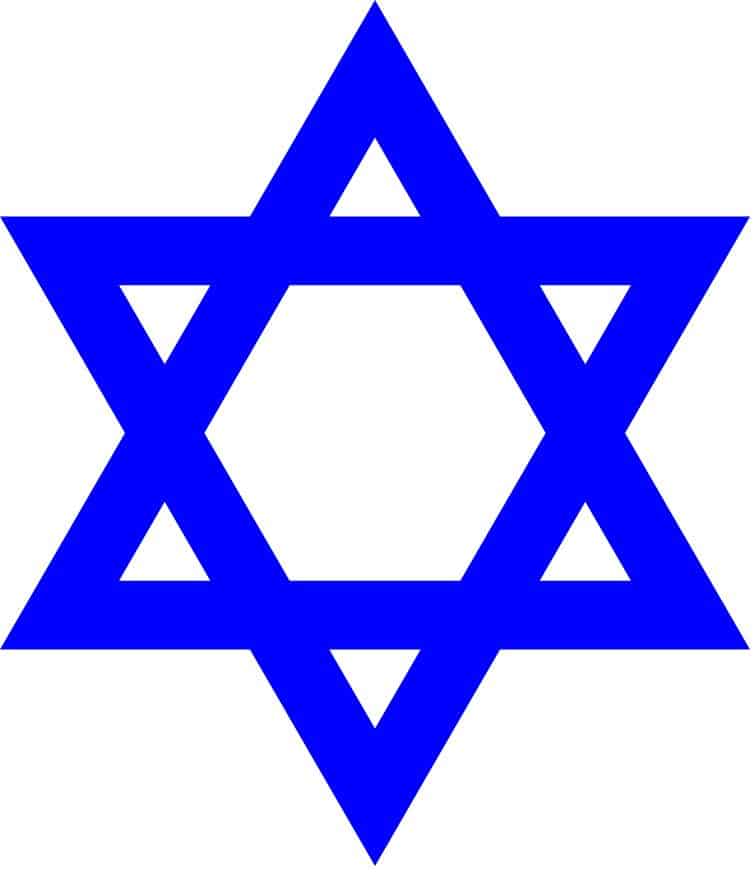 Jews (Hebrew: יְהוּדִים ISO 259-2 Yehudim, Israeli pronunciation [jehuˈdim]) or Jewish people are an ethnoreligious group and nation originating from the Israelites and Hebrews of historical Israel and Judah. Jewish ethnicity, nationhood, and religion are strongly interrelated, as Judaism...Read More 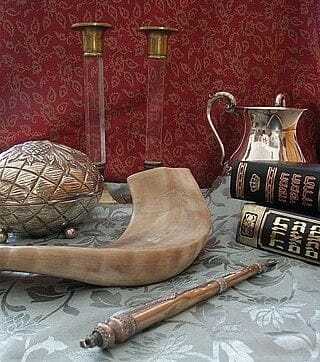 Judaism is an Abrahamic, monotheistic, and ethnic religion comprising the collective religious, cultural, and legal tradition and civilization of the Jewish people, also sometimes called Israelites. Judaism is considered by religious Jews to be the expression of the covenant that God established with the Children of Israel. 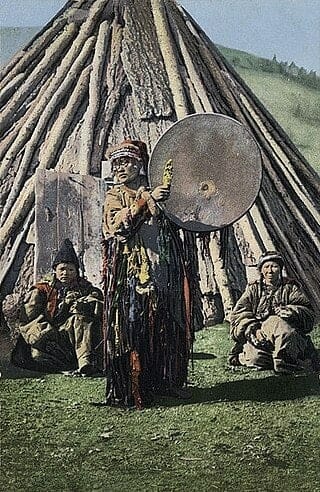 Shamanism is a religious practice that involves a practitioner who is believed to interact with a spirit world through altered states of consciousness, such as trance. The goal of this is usually to direct these spirits or spiritual energies into the physical world, for healing or another purpose. 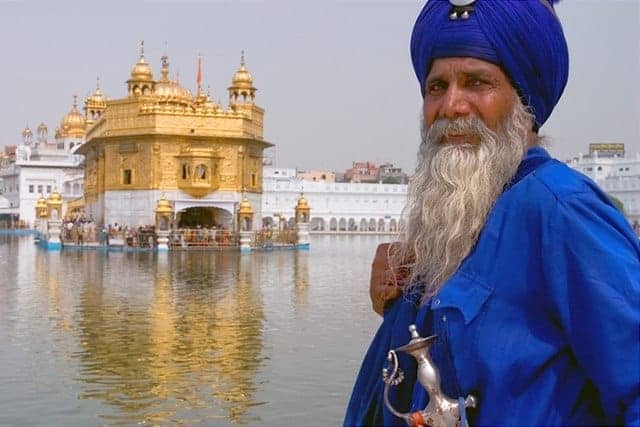 Sikhism () or Sikhi (Punjabi: ਸਿੱਖੀ Sikkhī, [ˈsɪkhiː], from ਸਿੱਖ, Sikh, ‘disciple’, ‘seeker’, or ‘learner’) is a religion originated in the Punjab region of the Indian subcontinent around the end of the 15th century CE. Sikhism is one of...Read More

Agnosticism is the view that the existence of God, the divine, or the supernatural is not known or knowable with any certainty. If the question is “Does God exist?”, “yes” would imply theism, “no” would imply atheism, and “I’m not sure” would imply agnosticism—that God possibly can or cannot exist. 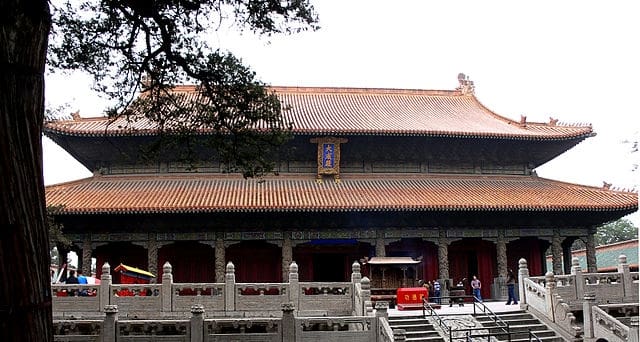 Confucianism, also known as Ruism, is a system of thought and behavior originating in ancient China. Variously described as tradition, a philosophy, a religion, a humanistic or rationalistic religion, a way of governing, or simply a way of life, Confucianism developed from what was later called the...Read More

Shinto is a religion which originated in Japan. Classified as an East Asian religion by scholars of religion, its practitioners often regard it as Japan’s indigenous religion and as a nature religion. Scholars sometimes call its practitioners Shintoists, although adherents rarely use that term themselves. There is no central authority in control of Shinto and much diversity exists among practitioners. 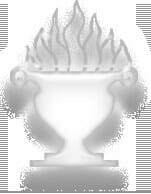 Zoroastrianism or Mazdayasna is one of the world’s oldest continuously-practiced religions, based on the teachings of the Iranian-speaking prophet Zoroaster (also known as Zaraθuštra in Avestan or as Zartosht in Modern Persian). It has a dualistic cosmology of good and evil and an eschatology...Read More 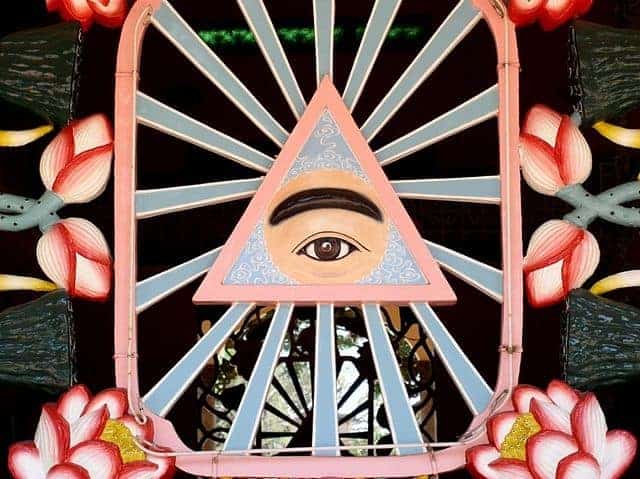 The Baháʼí Faith (; Persian: بهائی Bahāʼi) is a relatively new religion teaching the essential worth of all religions and the unity of all people. Established by Baháʼu’lláh in the 19th century, it initially developed in Iran and parts of the Middle East, where it has faced ongoing...Read More 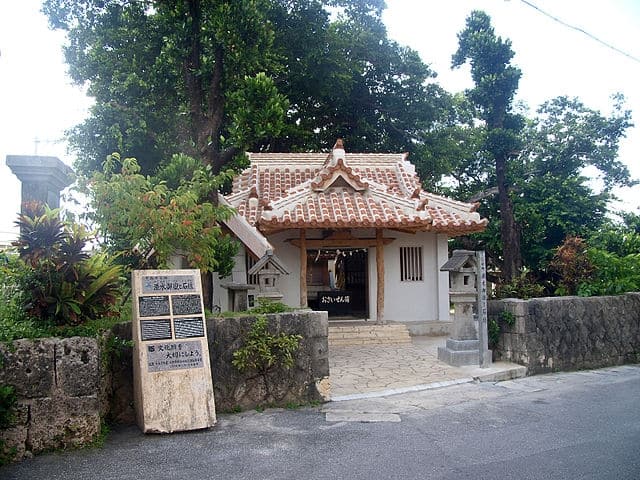 The Ryukyuan religion is the indigenous belief system of the Ryukyu Islands. While specific legends and traditions may vary slightly from place to place and island to island, the Ryukyuan religion is generally characterized by ancestor worship and the respecting of relationships between the living, the dead, and the gods and spirits of the natural world.

Shugendō is a highly syncretic religion, a body of ascetic practices that originated in Heian-era Japan, having evolved during the 7th century from an amalgamation of beliefs, philosophies, doctrines and ritual systems drawn from local folk-religious practices, Shinto mountain worship and Buddhism.

Yazdânism, or the Cult of Angels, is a proposed pre-Islamic Mithraic religion of the Kurds. The term was introduced and proposed by Kurdish and Belgian scholar Mehrdad Izady to represent what he considers the “original” religion of the Kurds. According to Izady, Yazdânism is now continued in the denominations of Yazidism, Yarsanism, and Kurdish Alevism/Chinarism. 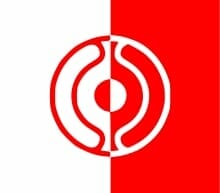 Cheondoism (spelled Chondoism in North Korean sources; literally “Religion of the Heavenly Way”) is a 20th-century Korean Pantheistic religion, based on the 19th-century Donghak religious movement founded by Ch’oe Che-u and codified under Son Pyŏng-Hi. Cheondoism has its origins...Read More

Bábism, also known as the Bábi Faith (Persian: بابیه, romanized: Babiyye), is a monotheistic religion which professes that there is one incorporeal, unknown, and incomprehensible God who manifests his will in an unending series of theophanies, called Manifestation of God. It has no more than...Read More 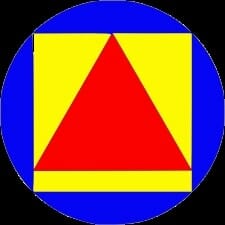 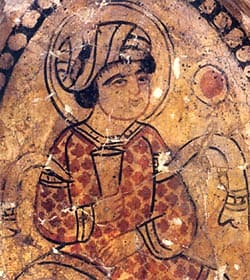 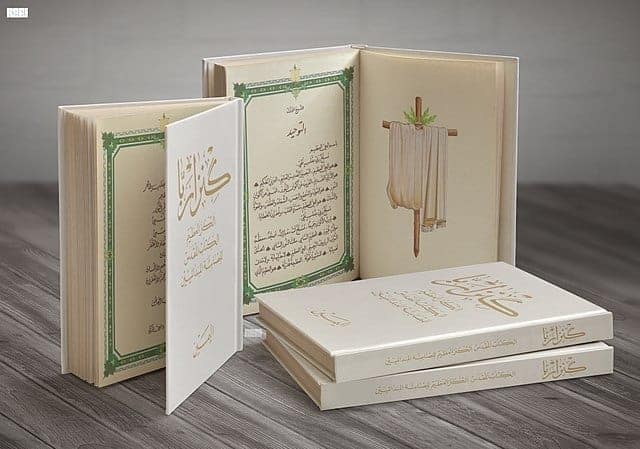 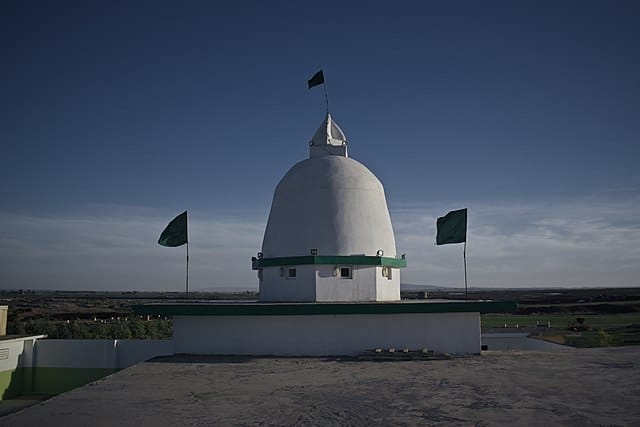 Yarsanism, Ahl-e Haqq or Kaka’i, is a syncretic religion founded by Sultan Sahak in the late 14th century in western Iran. The total number of followers of Yarsanism is estimated to be just over half a million in Iran and Iraq who are mostly Kurds from the Guran, Sanjâbi, Kalhor, Zangana and Jalalvand tribes. Turkic Yarsan enclaves also exist in Iran.