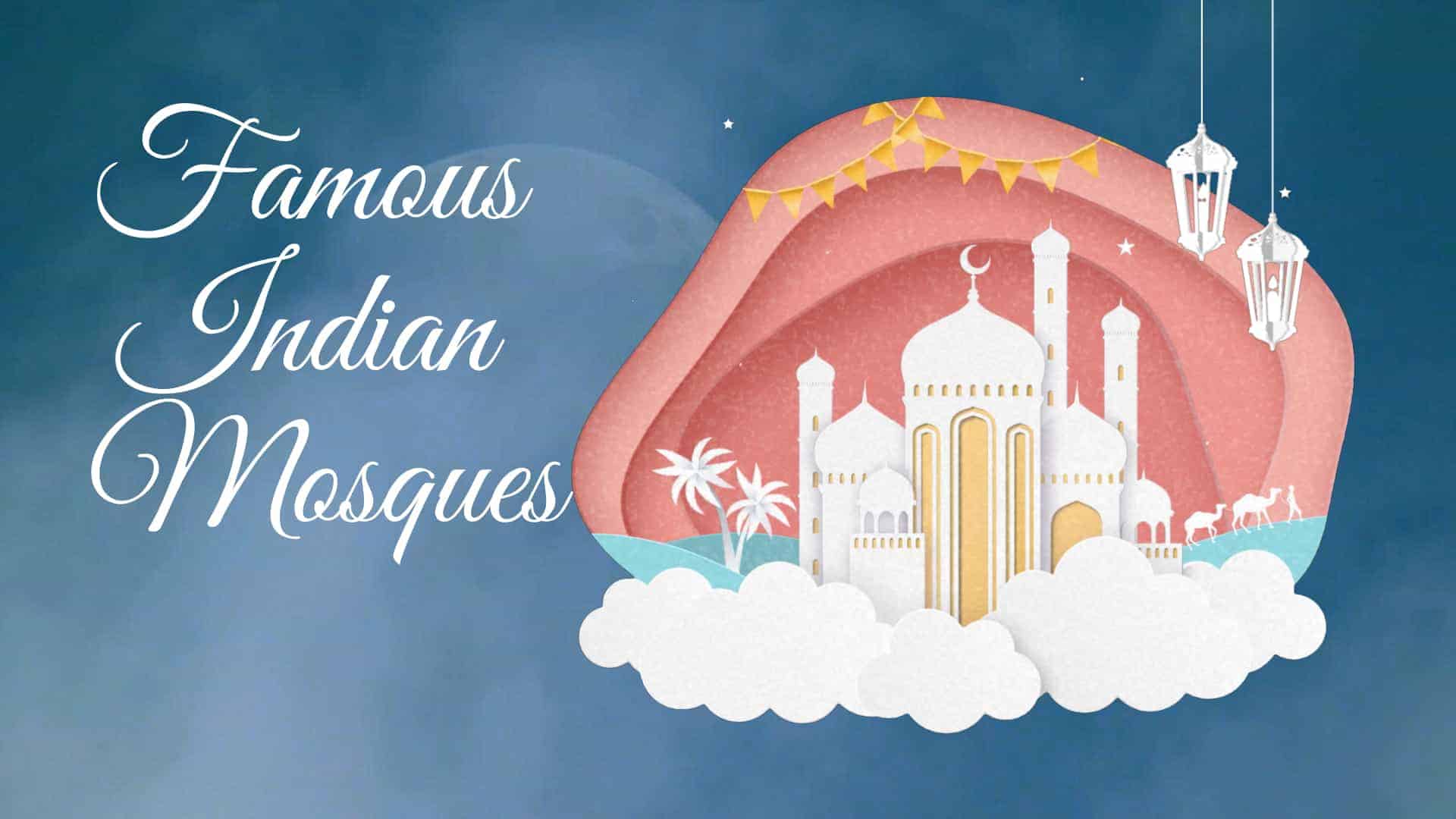 A few Indian mosques are the epitomes of architectural brilliance. Sky-high domes, beautiful minaret, and artistic arches are some of the key features of these mosques. These places of high religious value have been made spacious for big gatherings and they are mostly open to common people. Here, you can find a list of the most famous Indian mosques. Some of these have existed for centuries- starting from the time of early dynasts to the period of Mughals- while a few have been newly built. Many of these architectural delights are rich in history and have fascinating stories attached to them. They showcase Islamic art forms beautifully through the style of building and inscriptions on them. Their façade also leaves visitors in their awe. Some of these mosques are quite huge while some are truly unique due to their surroundings and aura. These great monuments are worth a visit.

The Masjid-i Jehan Numa (lit. the ‘World-reflecting Mosque’ or “Mosque of the Celestial Sphere”), commonly known as the Jama Masjid of Delhi, is one of the largest mosques in India.It was built by the Mughal Emperor Shah Jahan between 1650 and 1656 at a cost of one million...Read More 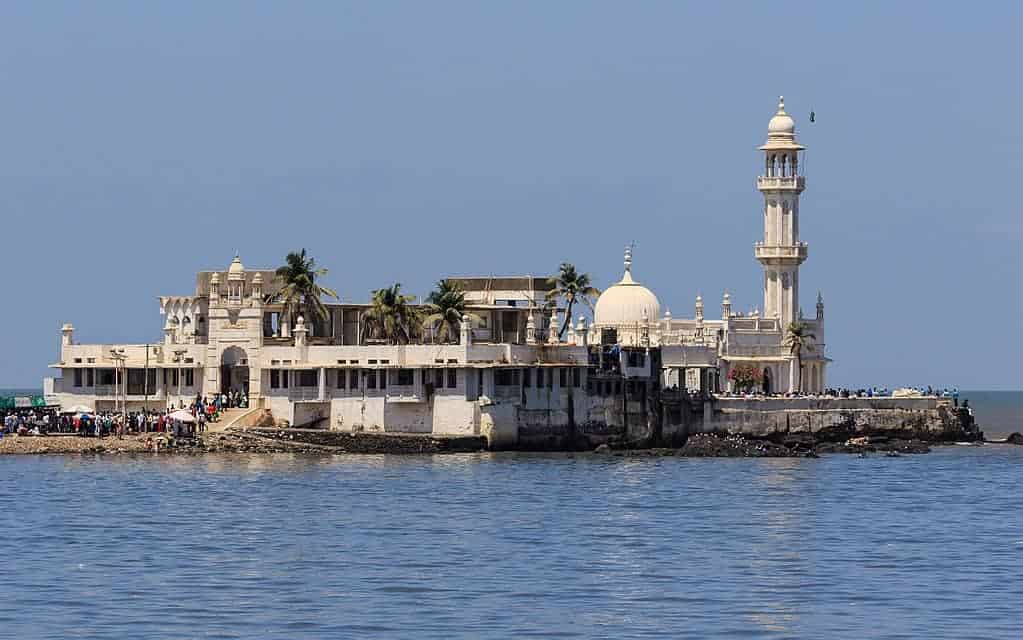 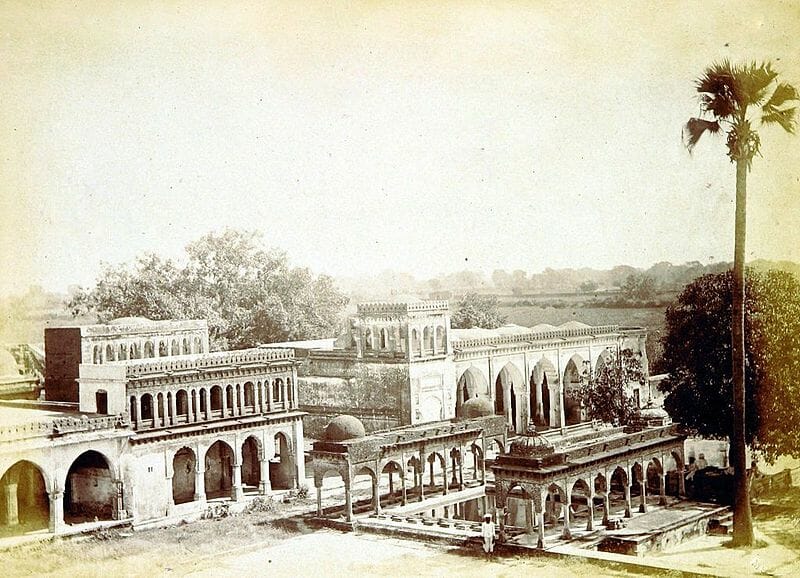 Shah-e-Alam’s Tomb and Mosque, also known as Rasulabad Dargah or Shah Alam no Rozo, is a medieval mosque and tomb complex (Roza) in Shah Alam area of Ahmedabad, India.
Shah e Alam was the son of Hazrath Syed Burhanuddin Qutub-ul-Alam and the great grandson of Hazrat Syed Makhdoom Jahaniyan...Read More 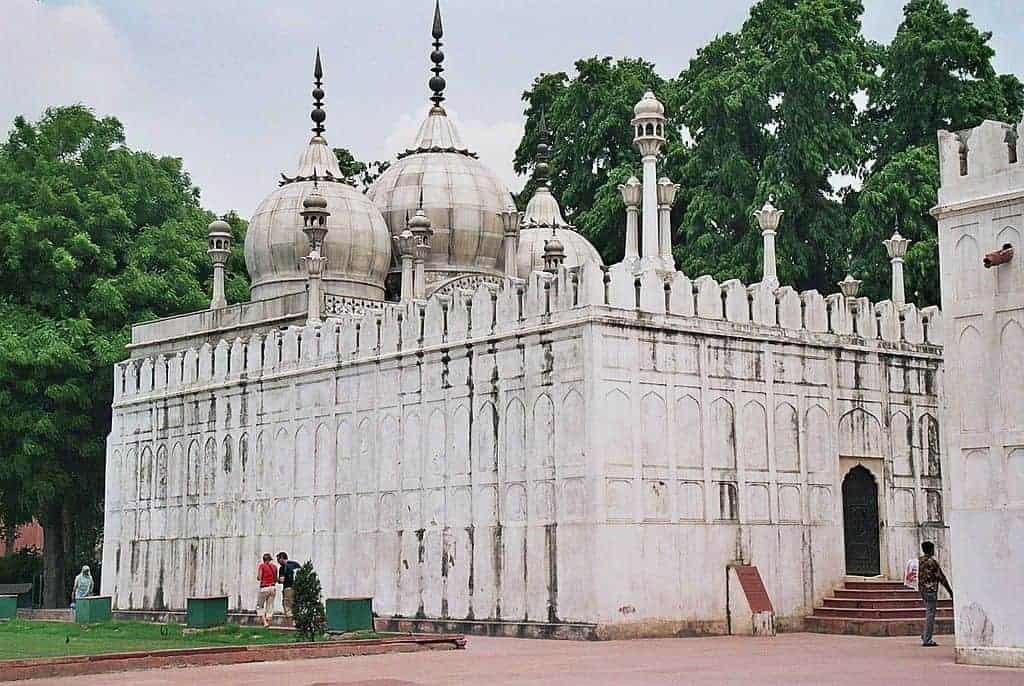 The Moti Masjid is a white marble mosque inside the Red Fort complex in Delhi, India. The name translates into English as “Pearl Mosque.”(Hindustani: موتی مسجد, मोती मस्जिद) Located to the west of the Hammam and close to the Diwan-i-Khas, it was built by the Mughal emperor Aurangzeb from 1659-1660. 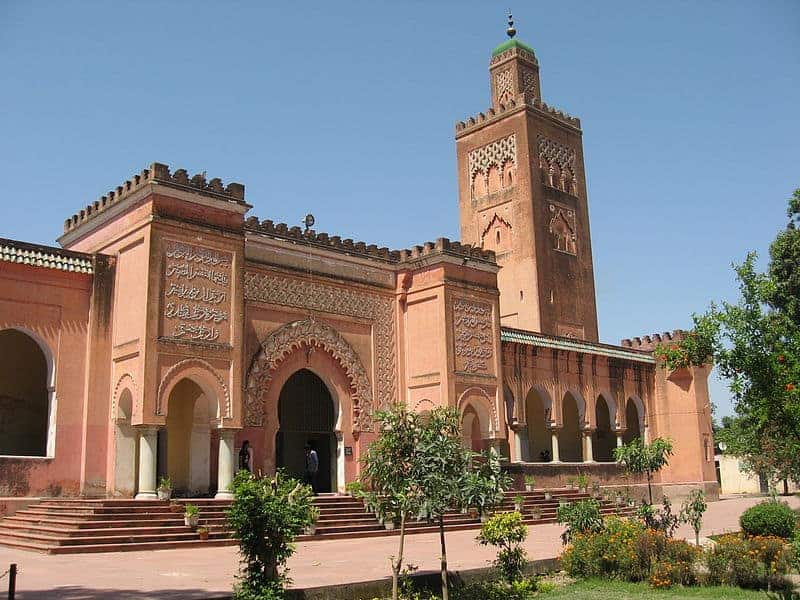 The Moorish Mosque, Kapurthala situated in Kapurthala in the Indian State of Punjab is patterned on the lines of the Grand Mosque of Marrakesh, Morocco. It was commissioned by Maharajah Jagatjit Singh, the last ruler of Kapurthala. Kapurthala city, was then the capital city of the Kapurthala State,...Read More 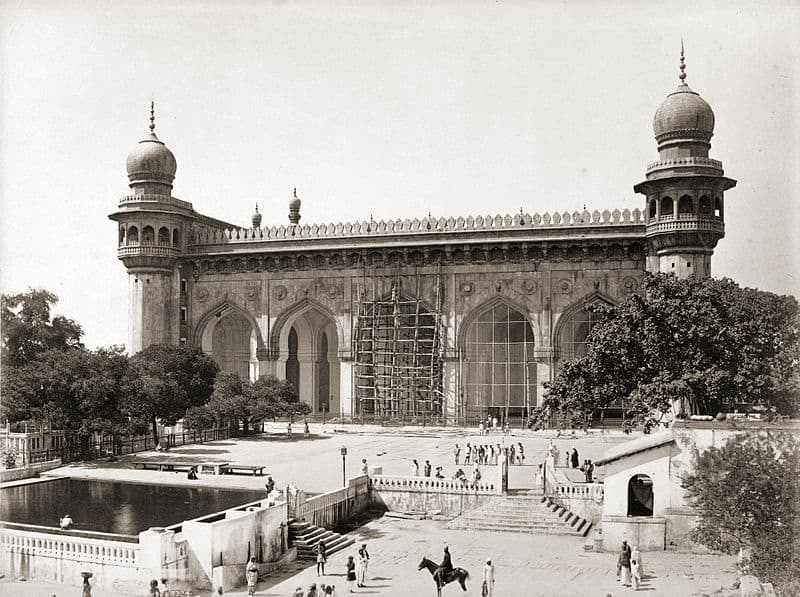 Makkah Masjid or Mecca Masjid, is a congregational mosque in Hyderabad, India. It is one of the largest mosques in India with a capacity of 20,000. The mosque was built between the 16th and 17th centuries, and is a state-protected monument situated in the heart of the old city of Hyderabad, close...Read More 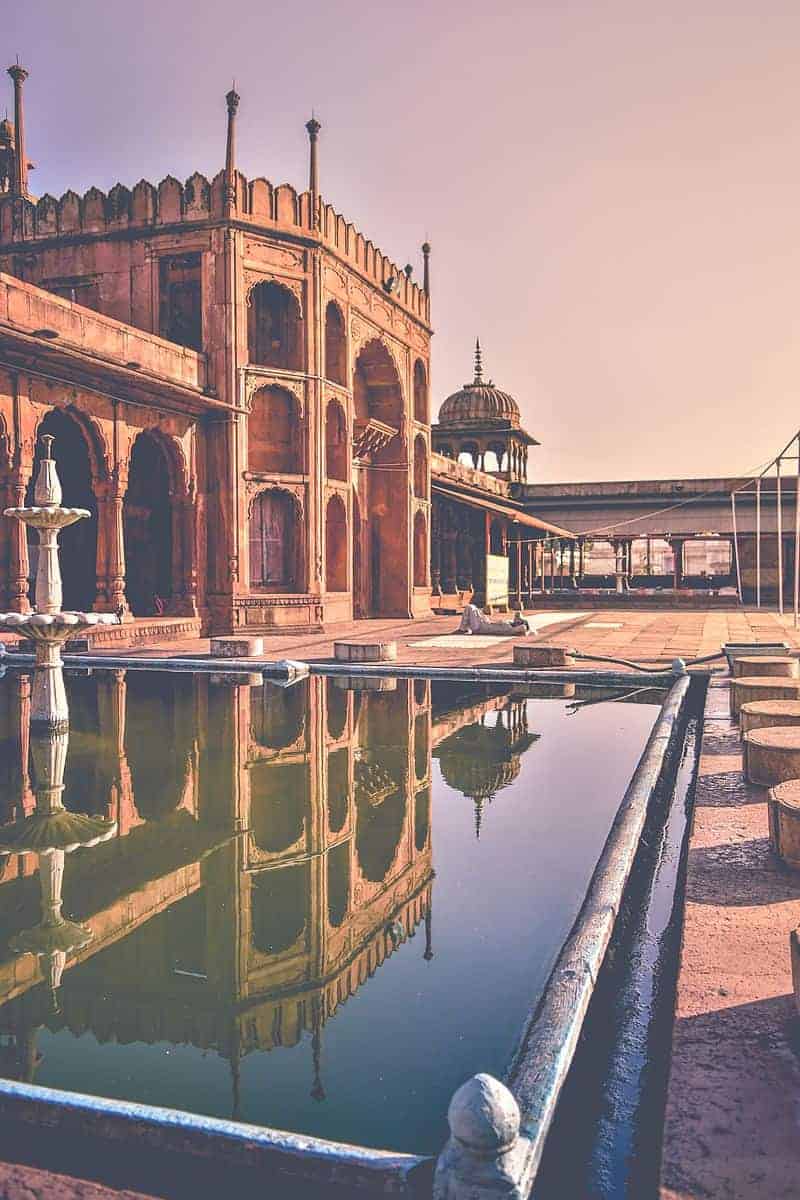 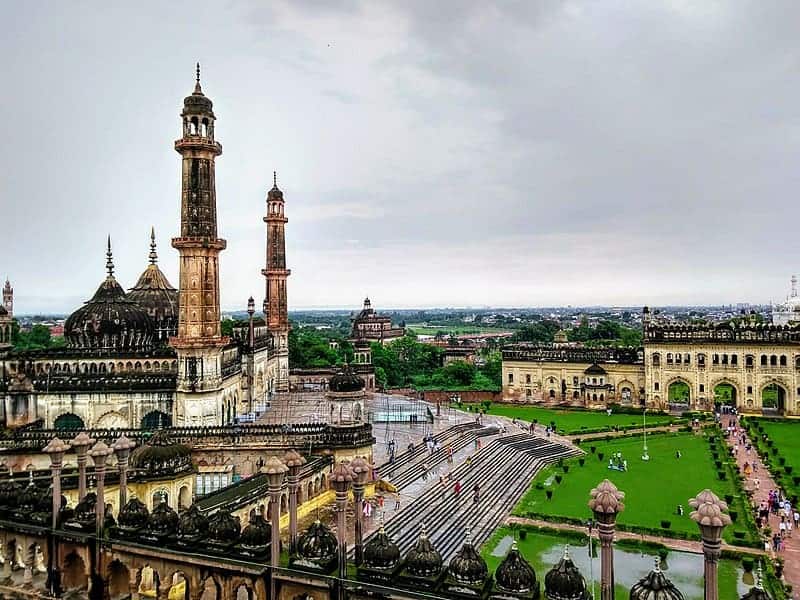 Bara Imambara, also known as Asfi Mosque is an imambara complex in Lucknow, India built by Asaf-ud-Daula, Nawab of Awadh in 1784. Bara means big.
The building also includes the large Asfi mosque, the Bhul-bhulaiya (the labyrinth), and Bowli, a step well with running water. Two imposing gateways lead to the main hall. It is said that there are 1024 ways to reach the terrace but only two to come back first gate or the last gate. It is an accidental architecture. 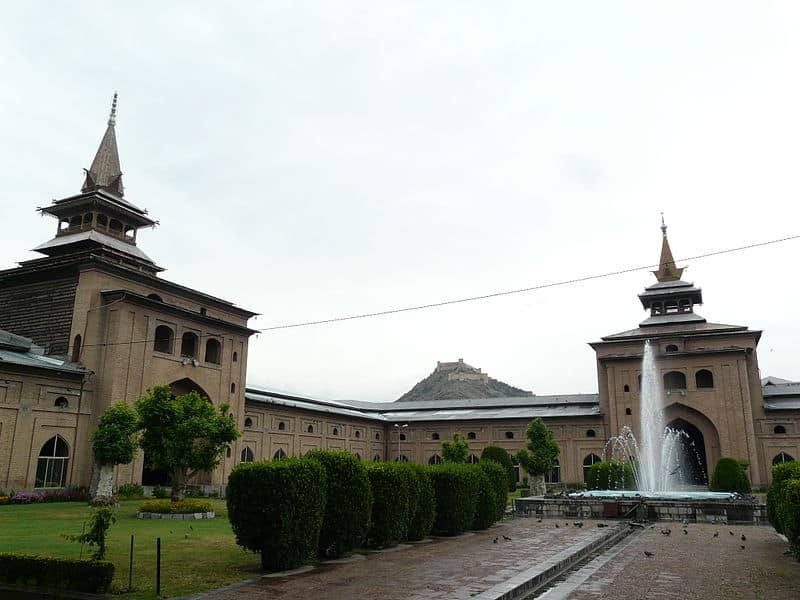 Jamia Masjid is a mosque in Srinagar, Jammu and Kashmir, India. Situated at Nowhatta in the middle of the Old City, the Mosque was commissioned by Sultan Sikandar in 1394 CE and completed in 1402 CE, at the behest of Mir Mohammad Hamadani, son of Mir Sayyid Ali Hamadani, and is regarded as one of...Read More 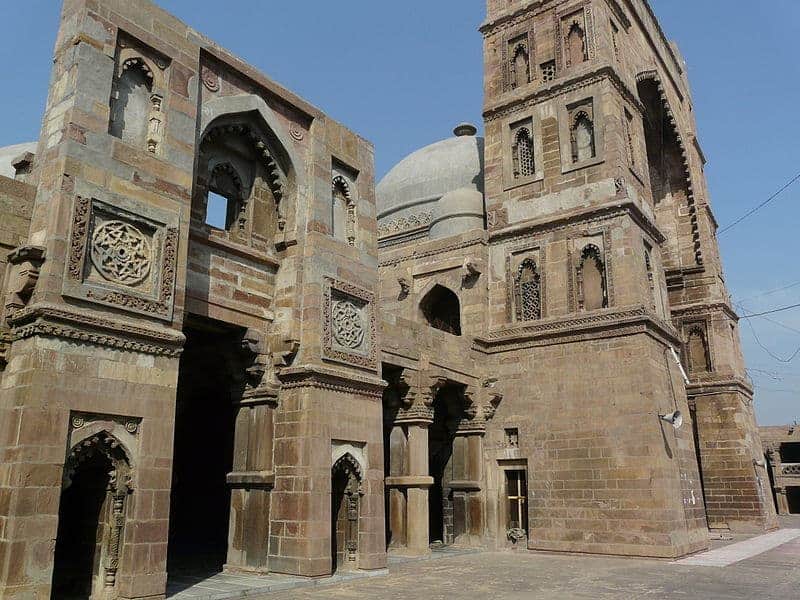 The style of Atala Masjid’s architecture is known...Read More