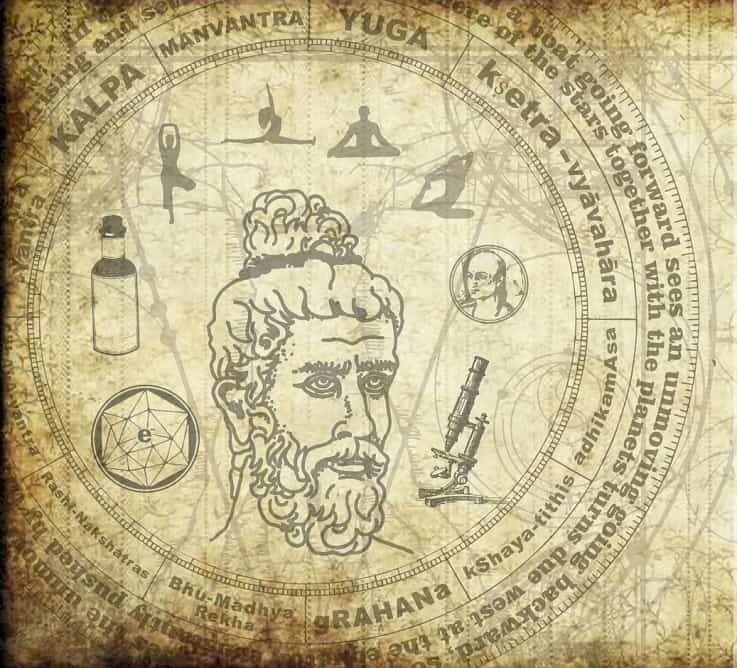 The Indian science tradition is one of the oldest scientific traditions in the world. The rise of science in India took place about five thousand years ago. The evidence of the Indus Valley obtained from the excavations of Harappa and Mohenjodaro reveals the scientific sight of the people and the use of scientific instruments. In the field of medical science in ancient times, discoveries made in the field of astronomy and mathematics have a very important contribution. Their discoveries are still being used in one way or another.

Today’s new discoveries and theories were proposed by Indians hundreds of years ago. The tradition of scientific research and inventions in India has been going on since time immemorial. At the time when the nomadic tribes were settling in Europe, the people of the Indus Valley lived in a well planned city. The ruins of the cities found in excavations at Mohan Jodaro, Harappa, Kali Banga, Lothal, Chanhudaro Banwali, Surkotada, etc. are the direct evidence of this.

Mathematics and geometry had developed considerably during the Vedic era. Vedic period could be calculated as long as Indian. People of Vedic period had a good knowledge of astronomy. The Vedic Indians had knowledge of 27 constellations. They were familiar with the division of time in the form of years, months and days. A sage named ‘Lagadh’ arranged the then astronomical knowledge in ‘Astrology Vedang’. The distinctive achievement of the Vedic era was in the field of medicine.He also used to do post mortem for microscopic study of the body. People had excellent knowledge about natural herbs and their medicinal properties. Ancient doctors were well aware of the importance of the nervous system and spinal cord. Knowledge of the principles of climate change, presence of microorganisms in the body and genetic factors causing disease etc.

At that time, the development of seed mathematics, geometry, chemistry, physics, metallurgy, medicine, astronomy was at its peak. The sages and monks of India were the scientists of that time. So let’s know about some such great personalities today – 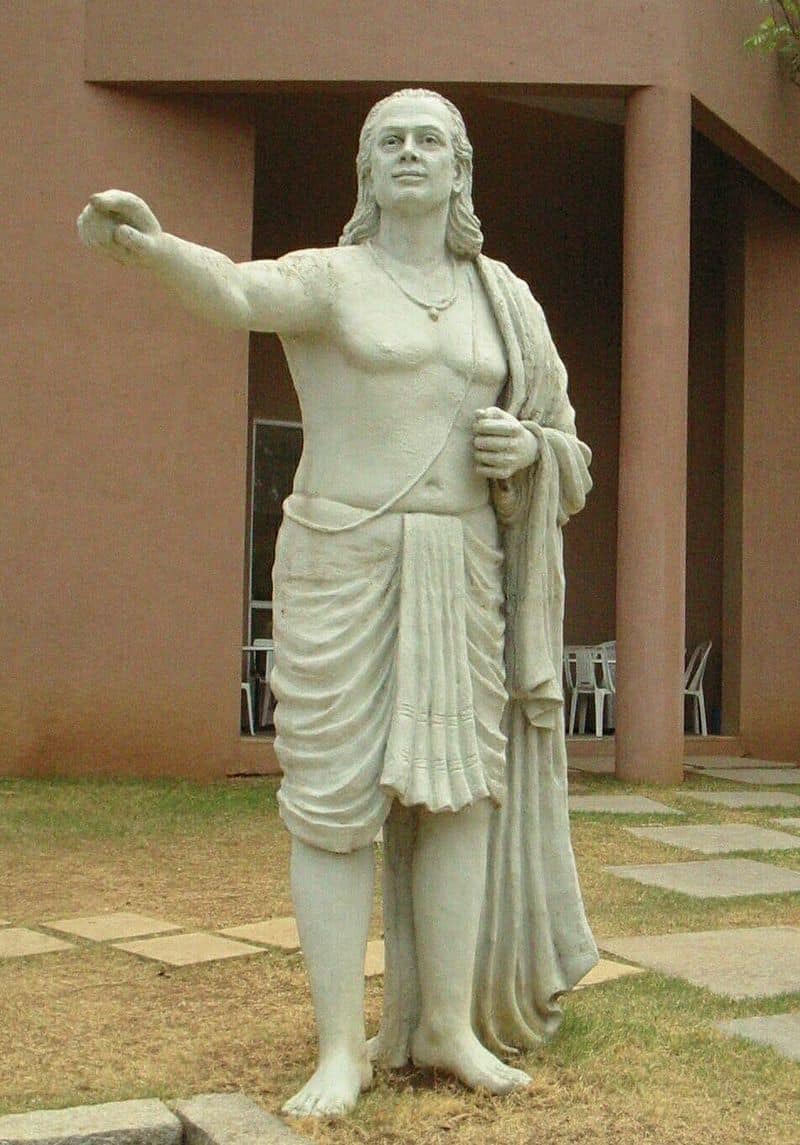 Aryabhata (Sanskrit: आर्यभट, ISO: Āryabhaṭa) or Aryabhata I (476–550 CE) was the first of the major mathematician-astronomers from the classical age of Indian mathematics and Indian astronomy. His works include the Āryabhaṭīya (which mentions that in 3600 Kali Yuga, 499 CE, he was 23 years old) and the Arya-siddhanta.
For his explicit mention of the relativity of motion, he also qualifies as a major early physicist. 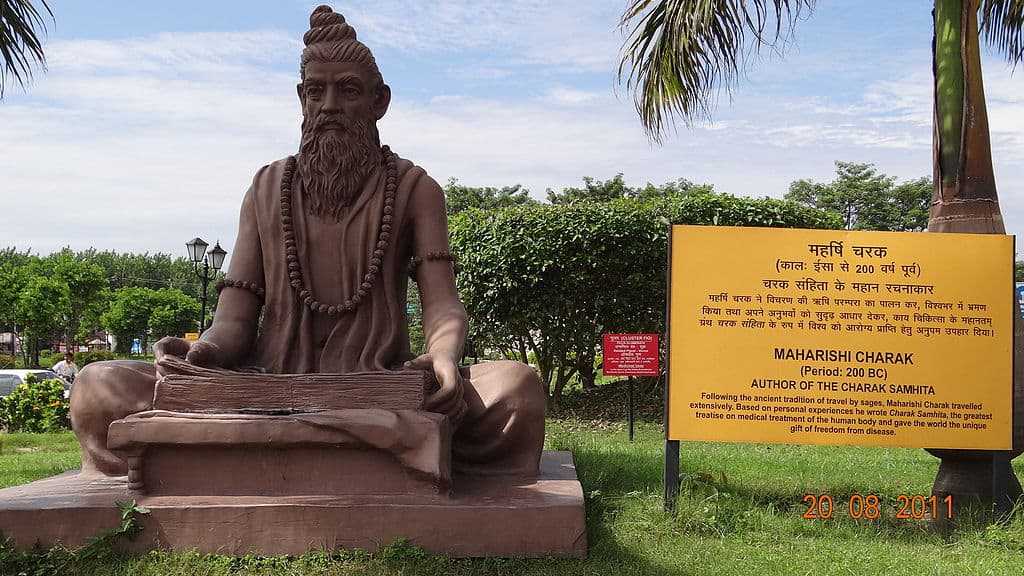 Charaka (Sanskrit: चरक, romanized: Caraka, fl. c. 100 BCE – 200 CE) was one of the principal contributors to Ayurveda, a system of medicine and lifestyle developed in Ancient India. He is known as the compiler or editor (Sanskrit: प्रतिसंस्कर्ता, romanized: pratisaṁskartā)...Read More 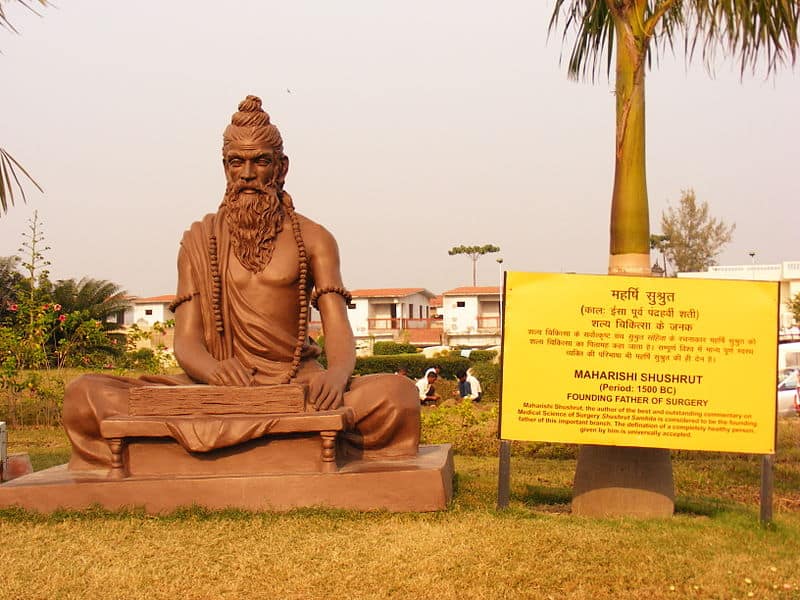 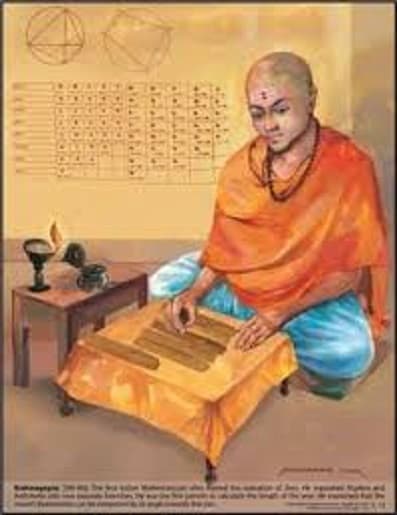 Śrīdhara, Śrīdharācāryya or Śrīdhara Ācāryya (c. 870 CE – c. 930 CE) was an Indian mathematician, Sanskrit pandit and philosopher. He was born in Bhuriśreṣṭi (Bhurisriṣṭi or Bhurśuṭ) village in South Rādha (at present day Hugli). His father’s name was Baladevācārya and his mother’s name was Acchoka Bai. His father was a Sanskrit pandit and philosopher. 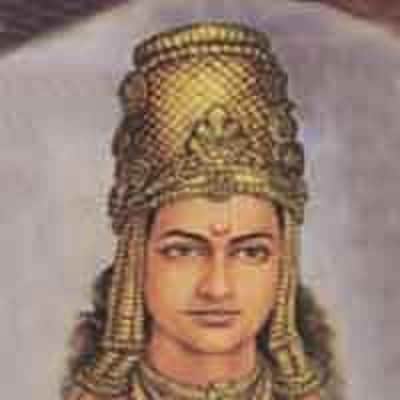 Nāgārjuna (नागार्जुन) was an Indian metallurgist and alchemist. Legends recorded by Al-Biruni in the eleventh century say that he was born in the village of Daihak near in Gujarat “one hundred years ago,” i.e., at the start of the tenth century. Chinese and Tibetan...Read More 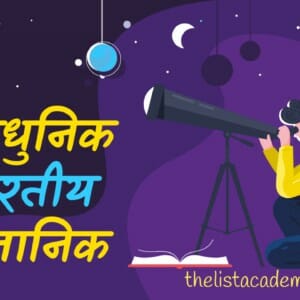 Acharya Pingala (piṅgala; c. 3rd/2nd century BCE) was the ancient Indian author of the Chandaḥśāstra (also called Pingala-sutras), the earliest known treatise on Sanskrit prosody. The Chandaḥśāstra is a work of eight chapters in the late Sūtra style, not fully comprehensible without a commentary. It has been dated to the last few centuries BCE. In the 10th-century, Halayudha wrote a commentary elaborating on the Chandaḥśāstra.

The Shalihotra Samhita is an early Indian treatise on veterinary medicine (hippiatrics), likely composed in the 3rd century BCE.It is attributed to one Shalihotra son of Hayagosha, considered the founder of veterinary sciences in Indian tradition. He is said to have lived in Sravasti (modern Sahet-Mahet on the borders of Gonda and Bahraich districts in Uttar Pradesh). 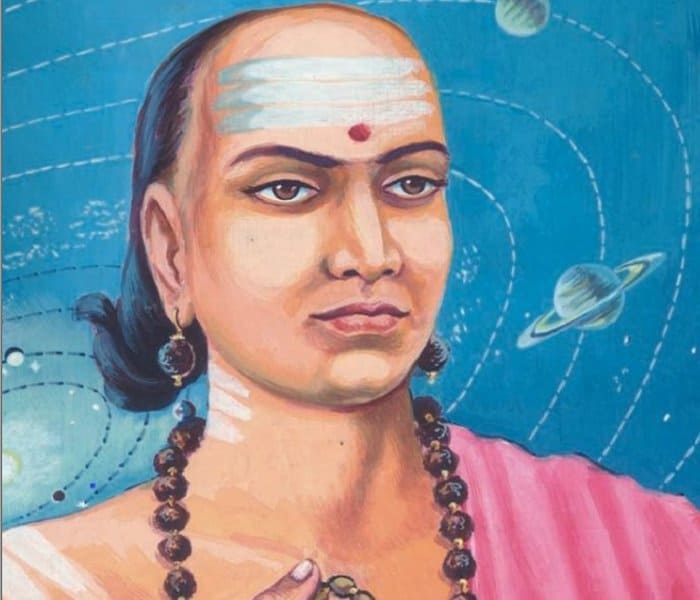 Varāhamihira (c. 505 – c. 587), also called Varāha or Mihira, was a Hindu astronomer and polymath who lived in Ujjain (Madhya Pradesh, India). He was born in the Avanti region, roughly corresponding to modern-day Malwa (part of Madhya Pradesh, India), to Adityadasa. According to one of his...Read More 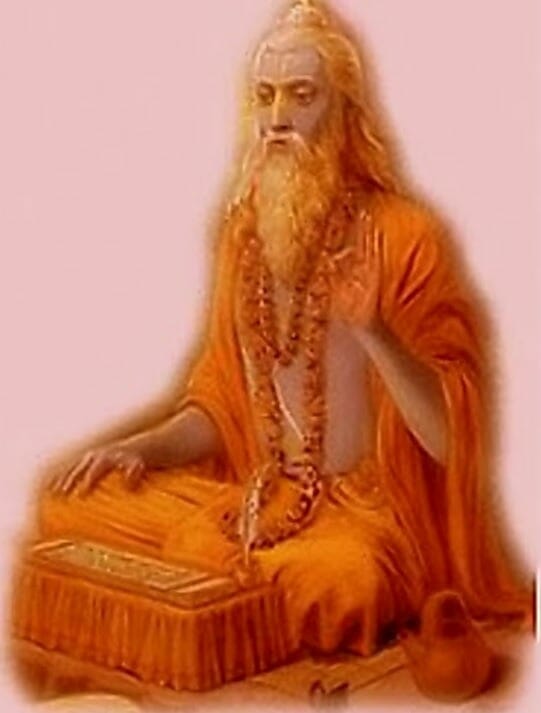 The Baudhāyana sūtras are a group of Vedic Sanskrit texts which cover dharma, daily ritual, mathematics, etc. They belong to the Taittiriya branch of the Krishna Yajurveda school and are among the earliest texts of the genre, perhaps compiled in the 8th to 6th centuries BCE.The Baudhayana sūtras...Read More 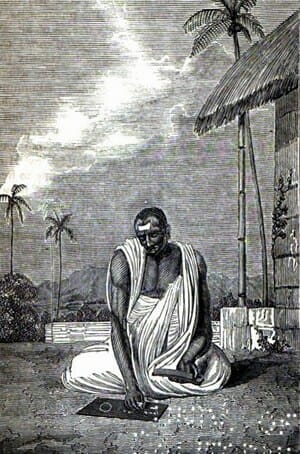 Brahmagupta (c. 598 CE – c. 668 CE) was an Indian mathematician and astronomer. He is the author of two early works on mathematics and astronomy: the Brāhmasphuṭasiddhānta (BSS, “correctly established doctrine of Brahma”, dated 628), a theoretical treatise, and the Khaṇḍakhādyaka...Read More 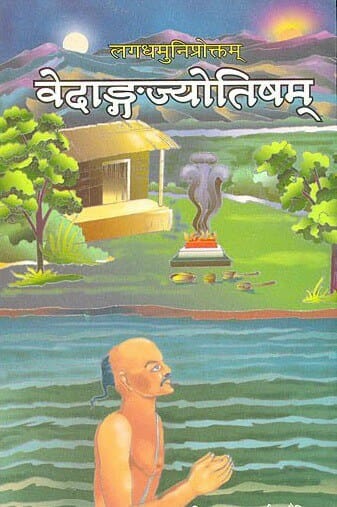 Vedāṅga Jyotiṣa, or Jyotiṣavedāṅga (Devanagari: वेदाङ्ग ज्योतिष) (VJ), is one of earliest known Indian texts on astronomy (Jyotisha). The extant text is dated to the final centuries BCE, but it may be based on a tradition reaching back to about 700-600 BCE.The text is foundational to Jyotisha (astronomy), one of the six Vedanga disciplines. Its author is traditionally named as Lagadha. 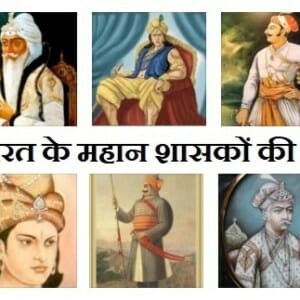 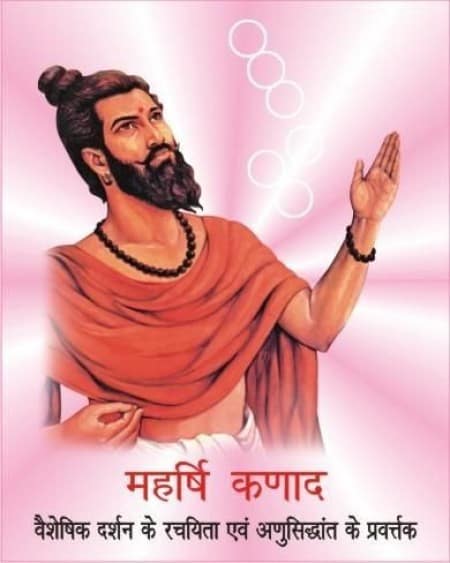 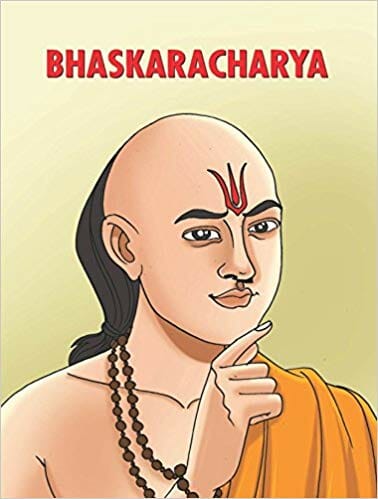 Bhāskara (c. 1114–1185) also known as Bhāskarācārya (“Bhāskara, the teacher”), and as Bhāskara II to avoid confusion with Bhāskara I, was an Indian mathematician and astronomer. He was born in Bijapur in Karnataka.Born in a Deshastha Brahmin family of scholars, mathematicians...Read More 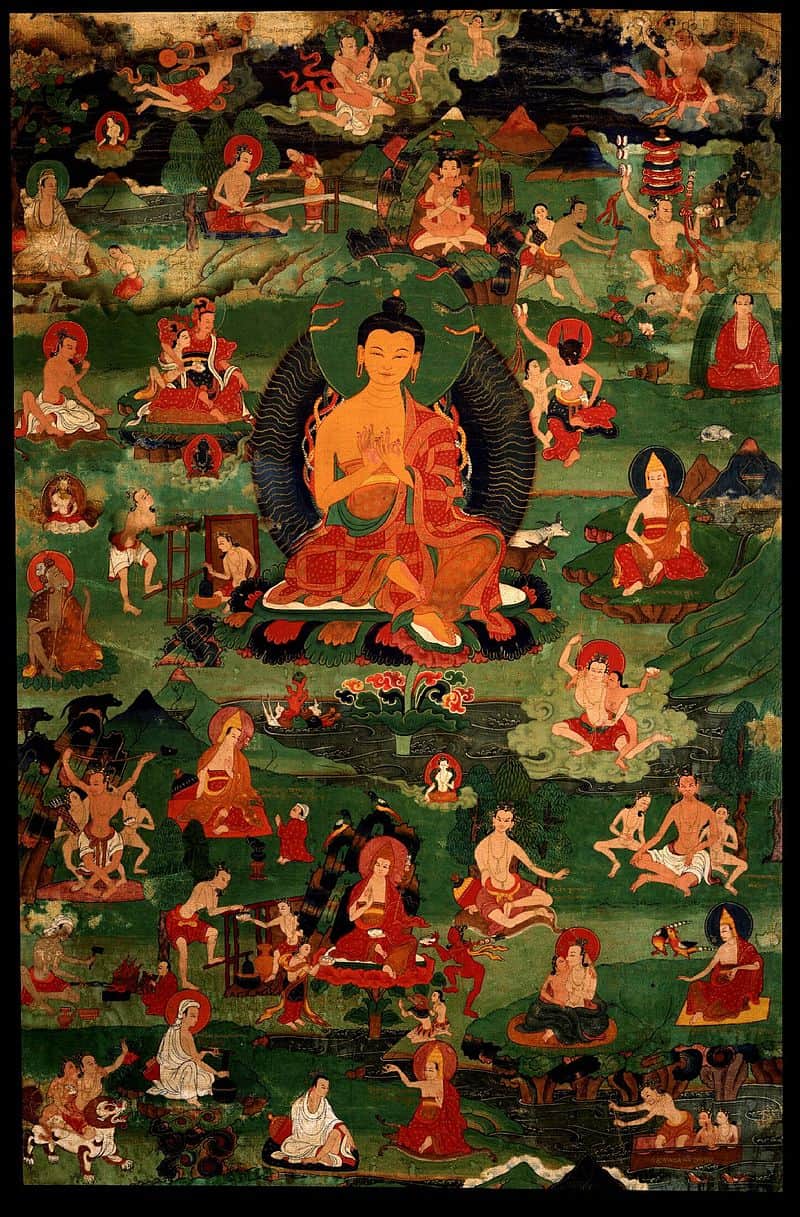 Nagarjuna (c. 150 – c. 250 CE), (Tibetan: mGon-po Klu-grub) is widely considered one of the most important Buddhist philosophers. Along with his disciple Āryadeva, he is considered the founder of the Madhyamaka school of Mahāyāna Buddhism. Nāgārjuna is also credited with developing the philosophy...Read More 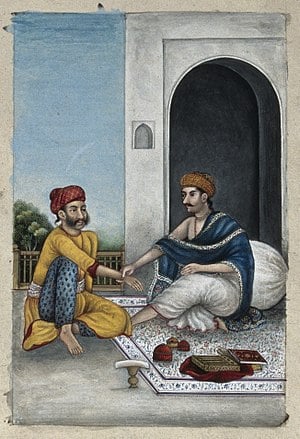 Madhava (or Madhava-kara) was a 7th-century or early 8th-century Indian Ayurveda practitioner who wrote the Rug-vinischaya, also known as the Madhava Nidana, which soon assumed a position of authority. In the 79 chapters of this book, he lists diseases along with their causes, symptoms, and complications. He also included a chapter on smallpox (masūrikā). 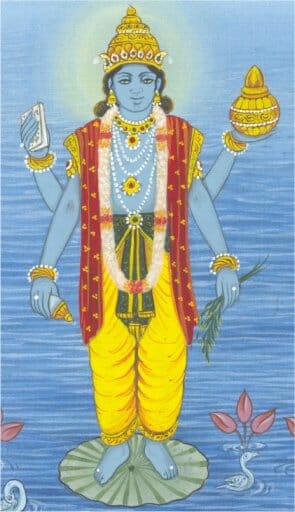 Dhanvantari : the Hindu god of medicine who has also been the king of Varanasi according to Sushruta is an avatar of Lord Vishnu. He is mentioned in the Puranas as the god of Ayurveda. He, during the Samudramanthan arose from the Ocean of Milk with the nectar of immortality. It is common practice...Read More 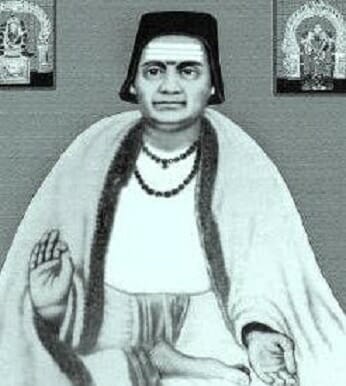 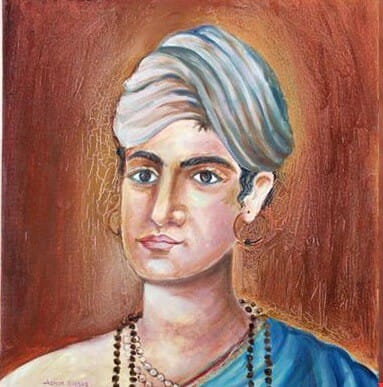 Vāgbhata (वाग्भट) is one of the most influential classical writers of ayurveda. Several works are associated with his name as author, principally the Ashtāṅgasaṅgraha (अष्टाङ्गसंग्रह) and the Ashtāngahridayasaṃhitā (अष्टाङ्गहृदयसंहिता)....Read More 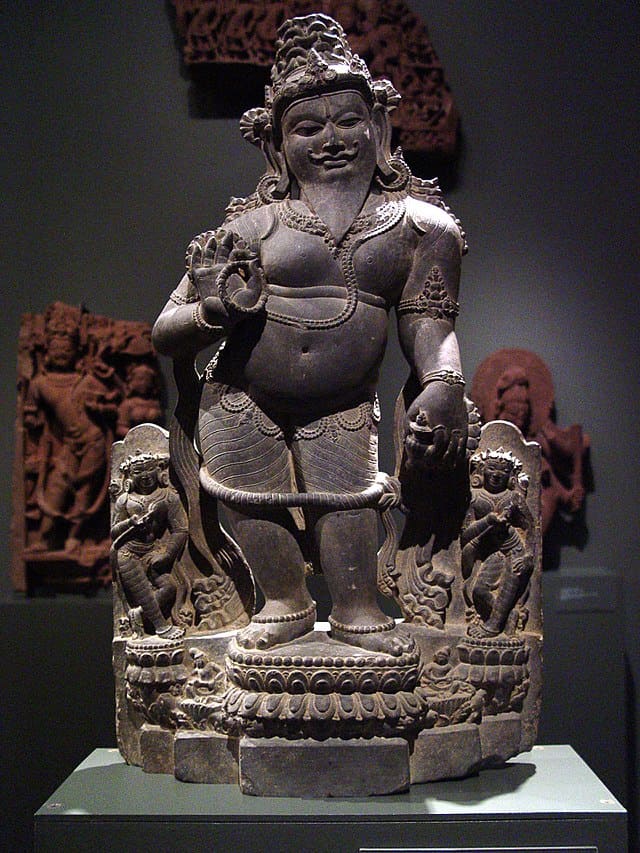 Agastya was a revered Vedic sage of Hinduism. In the Indian tradition, he is a noted recluse and an influential scholar in diverse languages of the Indian subcontinent. He and his wife Lopamudra are the celebrated authors of hymns 1.165 to 1.191 in the Sanskrit text Rigveda and other Vedic literature.In...Read More

Āryabhaṭa (c. 920 – c. 1000) was an Indian mathematician and astronomer, and the author of the Maha-Siddhanta. The numeral II is given to him to distinguish him from the earlier and more influential Āryabhaṭa I. Aryabhata’s most eminent work was Mahasiddhanta. The treatise consists of...Read More

Mahāvīra (or Mahaviracharya, “Mahavira the Teacher”) was a 9th-century Jain mathematician possibly born in or close to the present day city of Mysore, in southern India. He authored Gaṇitasārasan̄graha (Ganita Sara Sangraha) or the Compendium on the gist of Mathematics in 850 AD....Read More