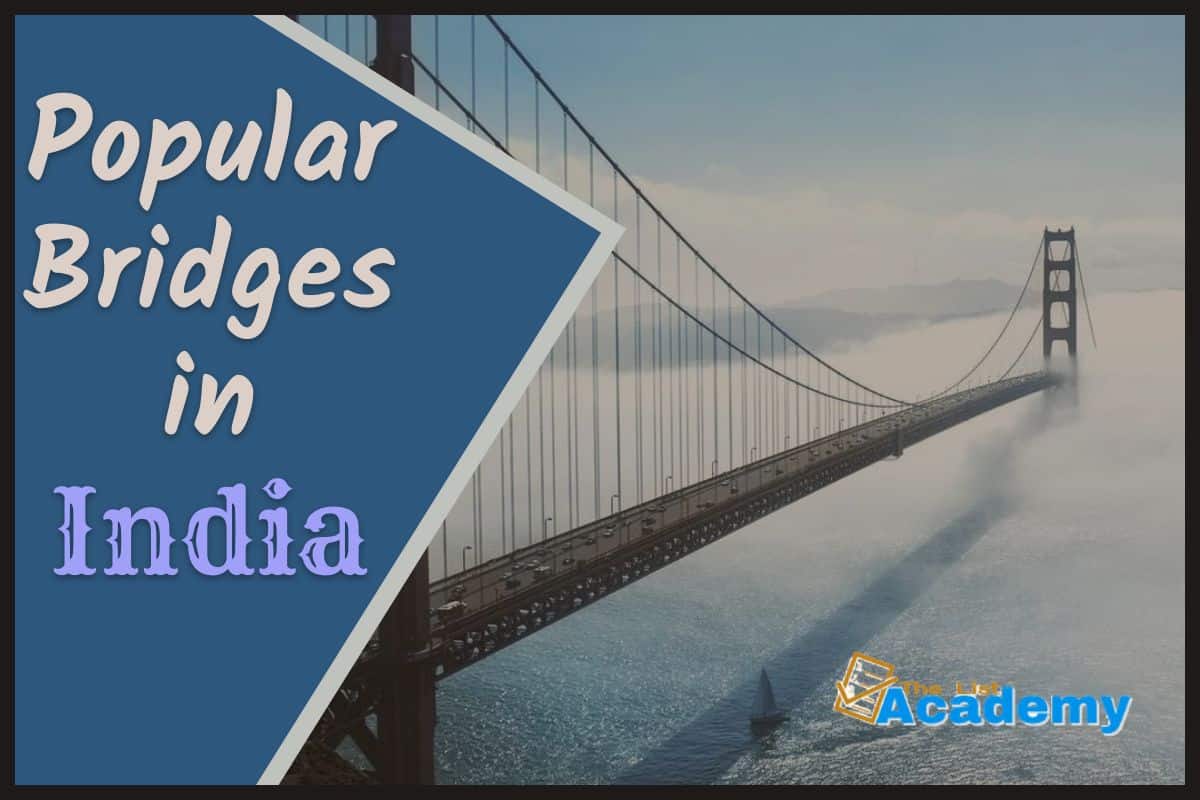 Picture people back in the time, walking through a forest clearing that opens into a river and finding a dead tree stretching from one side of the river to the other. And there comes the first bridge. Ever since this discovery, pushed the limits of engineering and design and improved on the dead tree to make it possible to put a bridge anywhere – spanning rivers, traversing mountains, and connecting countries. Clearly then, we have lived without bridges.

Bridges are no ordinary structures. They are beautiful roads that lead men towards success, happiness, and prosperity. Bridges are an important factor in assessing the infrastructure capacity of any place. They are built for connecting places that are divided by water, valleys, and other obstacles. These are important structures that open business avenues, reduce travel time, expedite the regional economy and boost the job prospects of people near it. Here’s the list of the popular bridges in India. They’re also epitomes of state-of-the-art engineering technology and foresight. Some of these bridges are among the longest and highest bridges in the world. Some bridges are made of steel, while concrete and other metals are used in some. These bridges make life easier for people as some have been built in places where it seemed impossible. Salute to our civil engineers for building such magnificent structures.

The Dhola–Sadiya Bridge, also referred to as the Bhupen Hazarika Setu, is a beam bridge in India, connecting the northeast states of Assam and Arunachal Pradesh.[1] The bridge spans the Lohit River, a major tributary of the Brahmaputra River, from the village of Dhola (Tinsukia District) in the...Read More 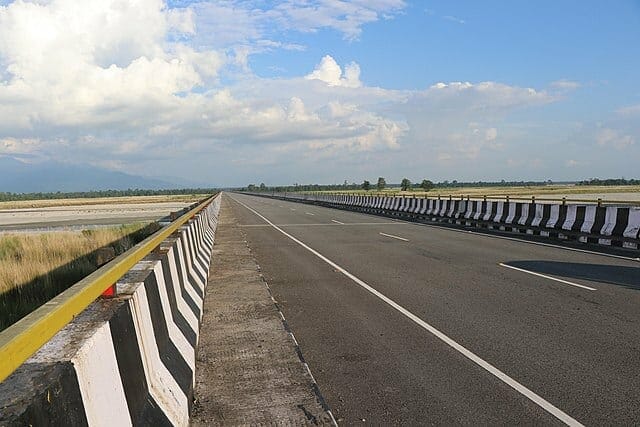 The Dibang River Bridge, completed in 2018 as part of NH13 Trans-Arunachal Highway, is a 6.2 km long road bridge across Dibang River which connects Bomjir and Malek villages and provides all-weather connectivity between Dambuk and Roing in eastern part of Arunachal Pradesh state of India. This strategically...Read More 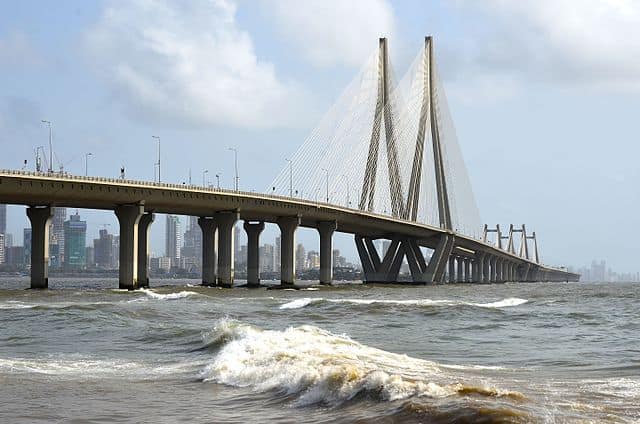 The Bandra–Worli Sea Link (officially known as Rajiv Gandhi Sea Link) is a bridge that links Bandra in the Western Suburbs of Mumbai with Worli in South Mumbai. It is a cable-stayed bridge with pre-stressed concrete-steel viaducts on either side. It is a part of the proposed Western Freeway that...Read More 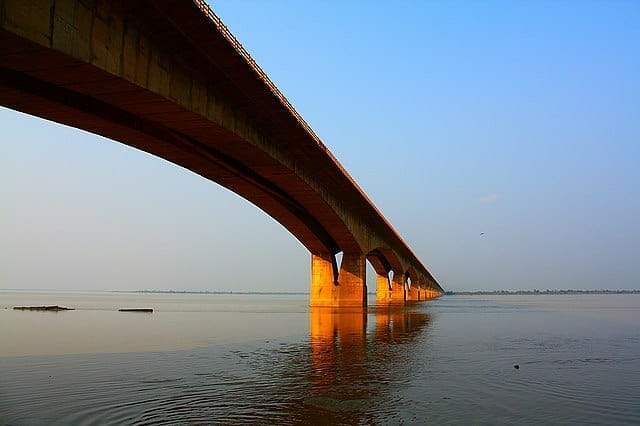 Mahatma Gandhi Setu (also called Gandhi Setu or Ganga Setu) is a bridge over the river Ganges in Bihar, India, connecting Patna in the south to Hajipur in the north. Its length is 5,750 metres (18,860 ft) and it is the third-longest river bridge in India. It was inaugurated in May 1982 in a ceremony in Hajipur by the then prime minister, Indira Gandhi. From 1982 to 2017, Mahatma Gandhi Setu remained as the longest bridge in India. 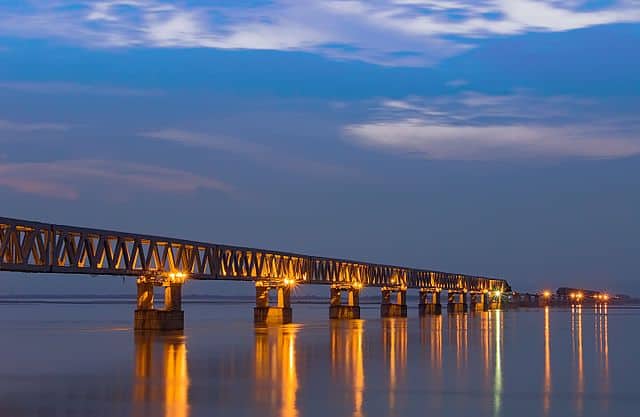 Bogibeel bridge is a combined road and rail bridge over the Brahmaputra River in the northeastern Indian state of Assam between Dhemaji district and Dibrugarh district, which was started in the year 2002 and took a total of 200 months to complete, Bogibeel river bridge is the longest rail-cum-road...Read More 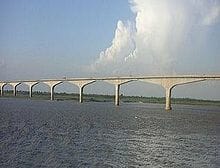 Vikramshila Setu is a bridge across the Ganges, near Bhagalpur in the Indian state of Bihar named after the ancient Mahavihara of Vikramashila which was established by King Dharmapala (783 to 820 A.D.) .
Vikramshila Setu is 5th longest bridge over water in India. The 4.7 km long two lane bridge...Read More 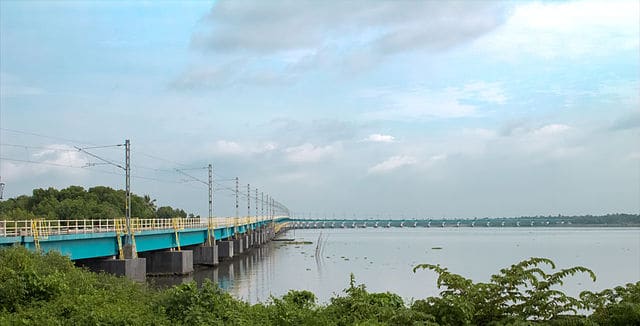 Vembanad Rail Bridge is a rail connecting Edappally and Vallarpadam in Kochi, Kerala. With a total length of 4,620 metres, it is the second longest railway bridge in India. The line was dedicated solely for freight, but is now defunct. 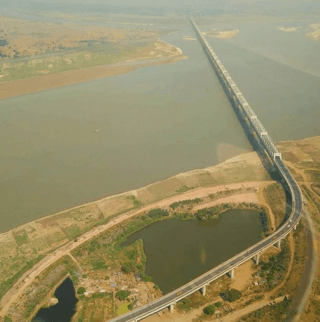 The Digha–Sonpur bridge is a rail-cum-road bridge across river Ganga, connecting Digha Ghat in Patna and Pahleja Ghat in Sonpur, Saran district in the Indian state of Bihar. It is named after Indian independence activist Jayaprakash Narayan (J.P.). The rail-cum-road bridge provides easy roadway...Read More 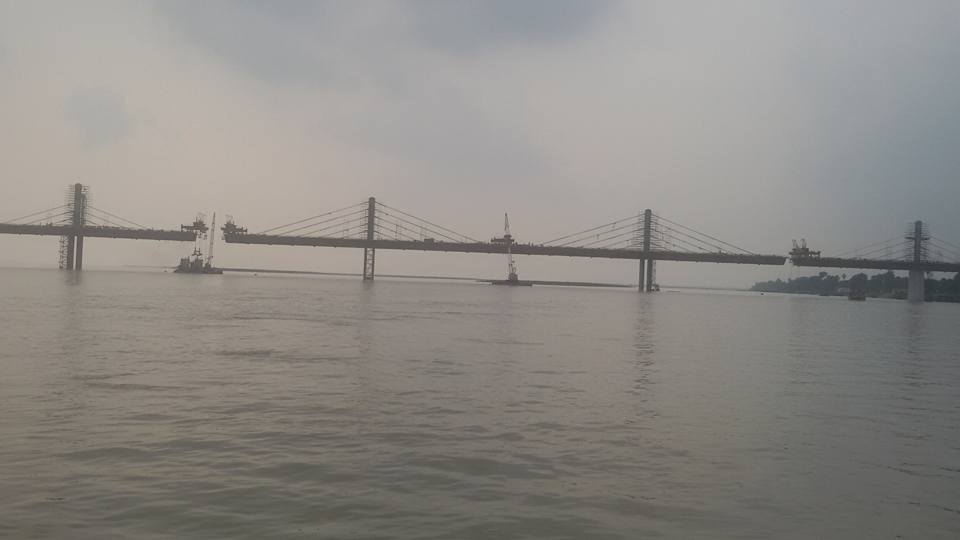 Arrah–Chhapra Bridge or Veer Kunwar Singh Setu  is the longest multi-span extradosed bridge in the world with a main bridge length of 1,920 m (6,300 ft). The bridge crosses over the Ganges River in India, connecting Arrah in Bhojpur district to Chhapra in Saran district of Bihar state.
The...Read More 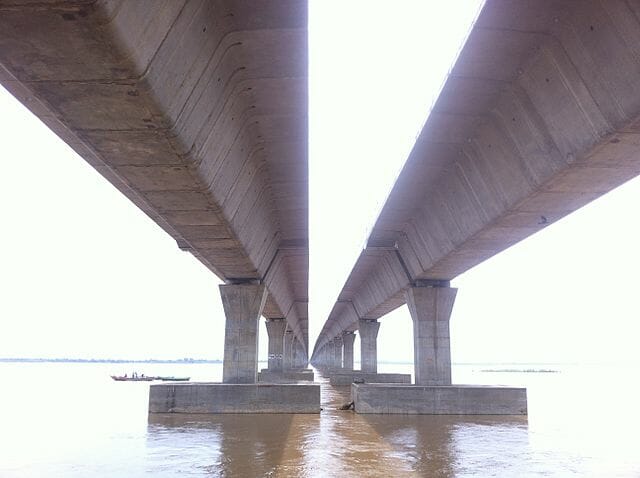 The Godavari Fourth Bridge or Kovvur–Rajahmundry 4th Bridge is built across Godavari River in Rajahmundry, India. This dual bridge connects Kovvur to Diwancheruvu Junction in Rajamahendravaram in via Katheru, Konthamuru, Palacherla areas in Rajamahendravaram City. This bridge was constructed, aimed to reduce road distance between Kolkata and Chennai by at least 150 kilometres (93 mi). 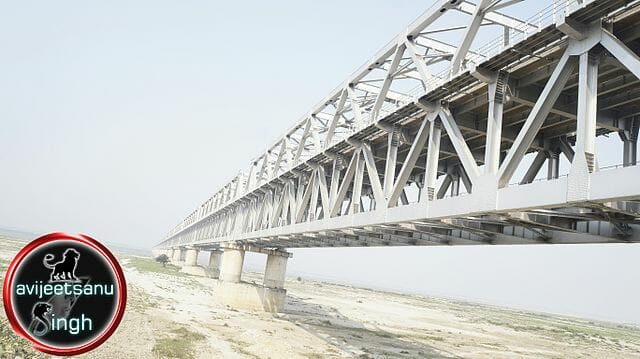 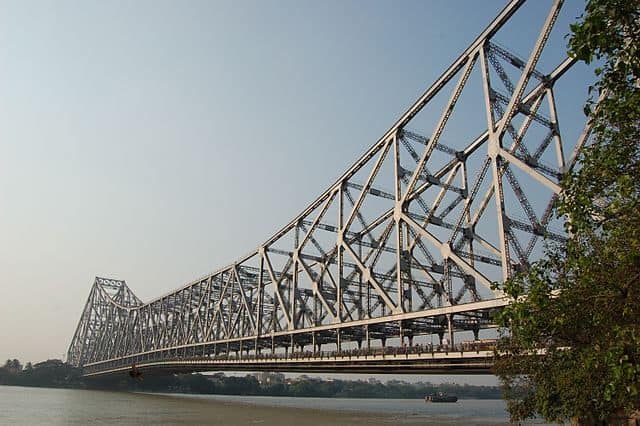 Howrah Bridge is a Balanced Cantilever Bridge over the Hooghly River in West Bengal, India. Commissioned in 1943, the bridge was originally named the New Howrah Bridge, because it replaced a pontoon bridge at the same location linking the two cities of Howrah and Kolkata (Calcutta). On 14 June 1965...Read More 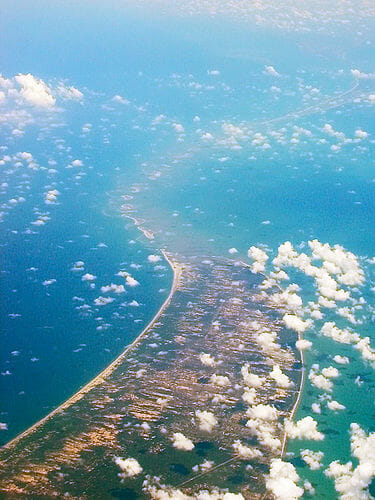 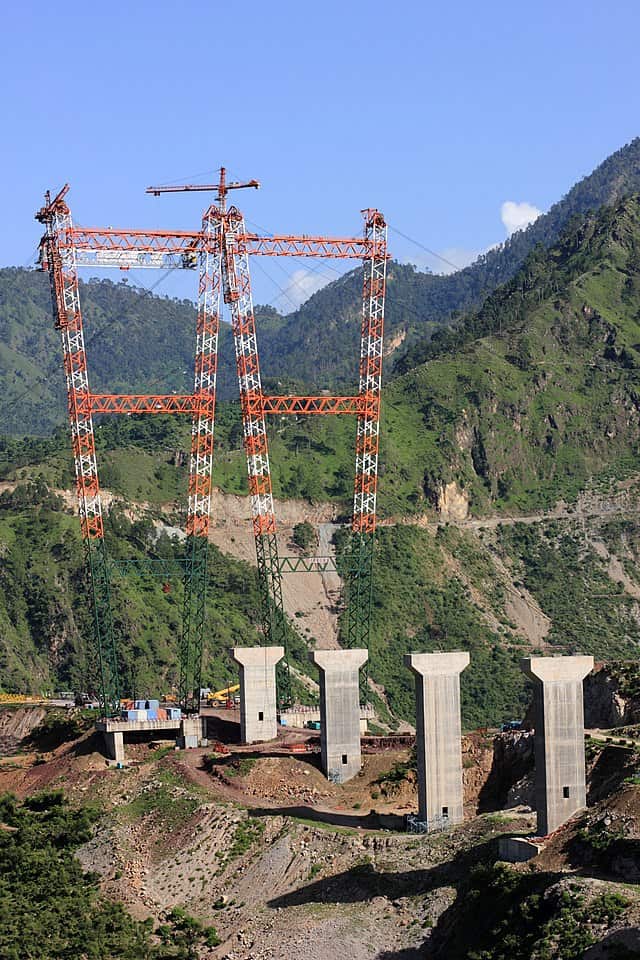 The Chenab Bridge is an Indian railway steel and concrete arch bridge under construction between Bakkal and Kauri in the Reasi district of Jammu and Kashmir in India. When completed, the bridge will span the Chenab River at a height of 359 m (1,178 ft) above the river, making it the world’s highest rail bridge.