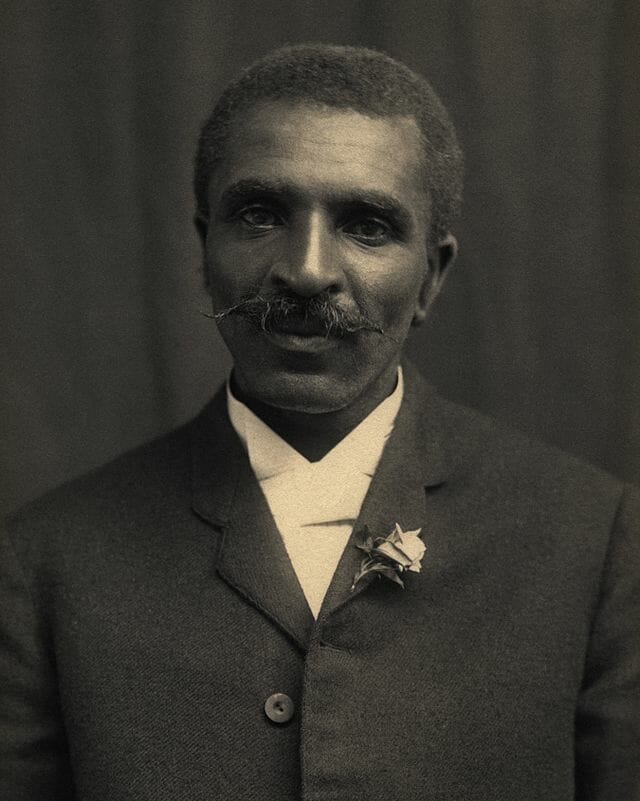 George Washington Carver (1860s – January 5, 1943) was an American agricultural scientist and inventor who promoted alternative crops to cotton and methods to prevent soil depletion. He was the most prominent black scientist of the early 20th century.
While a professor at Tuskegee Institute, Carver developed techniques to improve soils depleted by repeated plantings of cotton. He wanted poor farmers to grow other crops, such as peanuts and sweet potatoes, as a source of their own food and to improve their quality of life. The most popular of his 44 practical bulletins for farmers contained 105 food recipes using peanuts. Although he spent years developing and promoting numerous products made from peanuts, none became commercially successful.Apart from his work to improve the lives of farmers, Carver was also a leader in promoting environmentalism. He received numerous honors for his work, including the Spingarn Medal of the NAACP. In an era of high racial polarization, his fame reached beyond the black community. He was widely recognized and praised in the white community for his many achievements and talents. In 1941, Time magazine dubbed Carver a “Black Leonardo”.Color film of Carver shot in 1937 at the Tuskegee Institute by African American surgeon Allen Alexander was added to the National Film Registry of the Library of Congress in 2019. The 12 minutes of footage includes Carver in his apartment, office and laboratory, as well as images of him tending flowers and displaying his paintings. The film was digitized by The National Archives as part of its multi-year effort to preserve and make available the historically significant film collections of the National Park Service. It can be seen on the US National Film Archives YouTube channel.