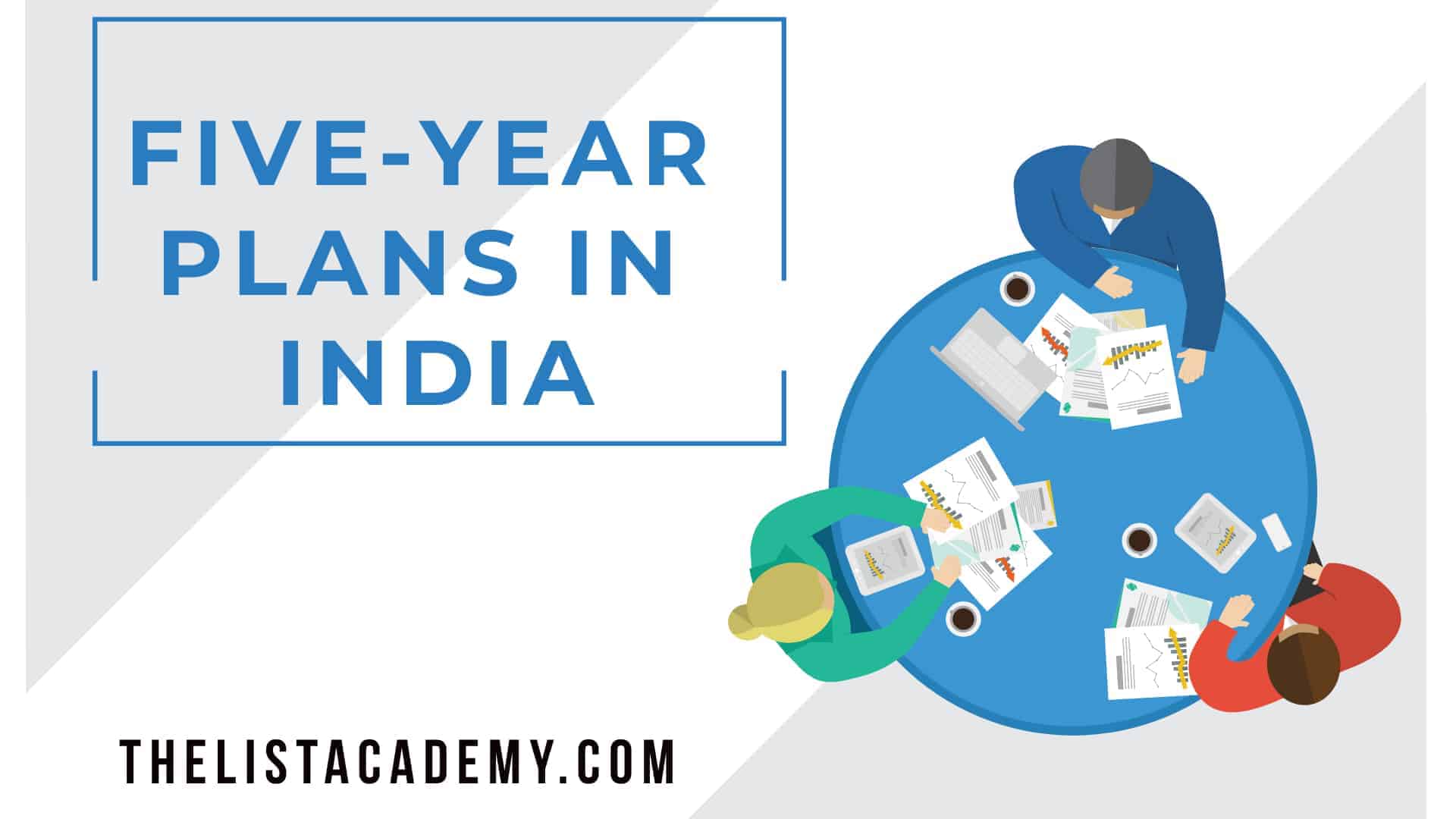 Five-Year Plans (FYPs) is a well-structured and centralized economic program meant for the sustained economic development of a country. The first such plan was put through in the Soviet Union in 1928 by Joseph Stalin. Since then, many countries have implemented Five-Year Plans including India. A Planning Commission used to make FYPs. According to some reports, it was freedom fighter Subhash Chandra Bose who first set up a National Planning Committee in 1938. The key responsibility of this agency was to put the available resources in the country to the best possible use. The first five-year plan in India was launched in 1951 and since then, India has seen twelve Five Year Plans. Currently, however, the FYP system has been discontinued and a new mechanism has been put into place. Let’s have a look at all the Five Year Plans the country has seen so far.

It was in the period of Manmohan Singh as the prime minister. It aimed to increase the enrolment in higher education of 18–23 years of age group by 2011–12. It focused on distant education, convergence of formal, non-formal, distant and IT education institutions. Rapid and inclusive growth...Read More 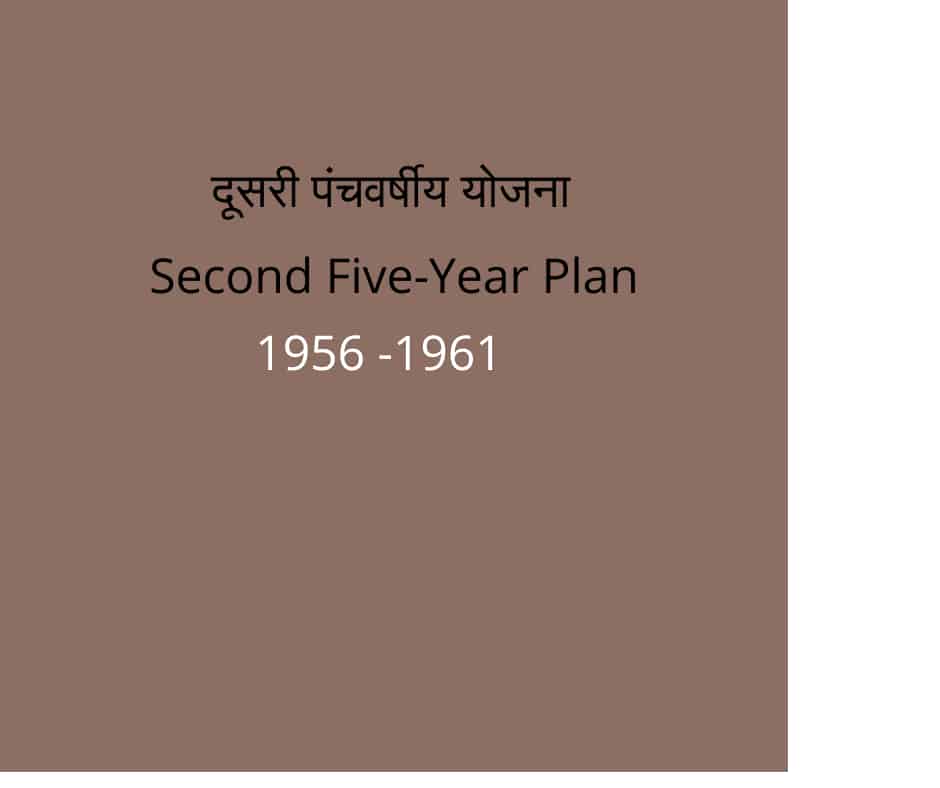 The Second Plan focused on the development of the public sector and “rapid Industrialisation”. The plan followed the Mahalanobis model, an economic development model developed by the Indian statistician Prasanta Chandra Mahalanobis in 1953. The plan attempted to determine the optimal...Read More 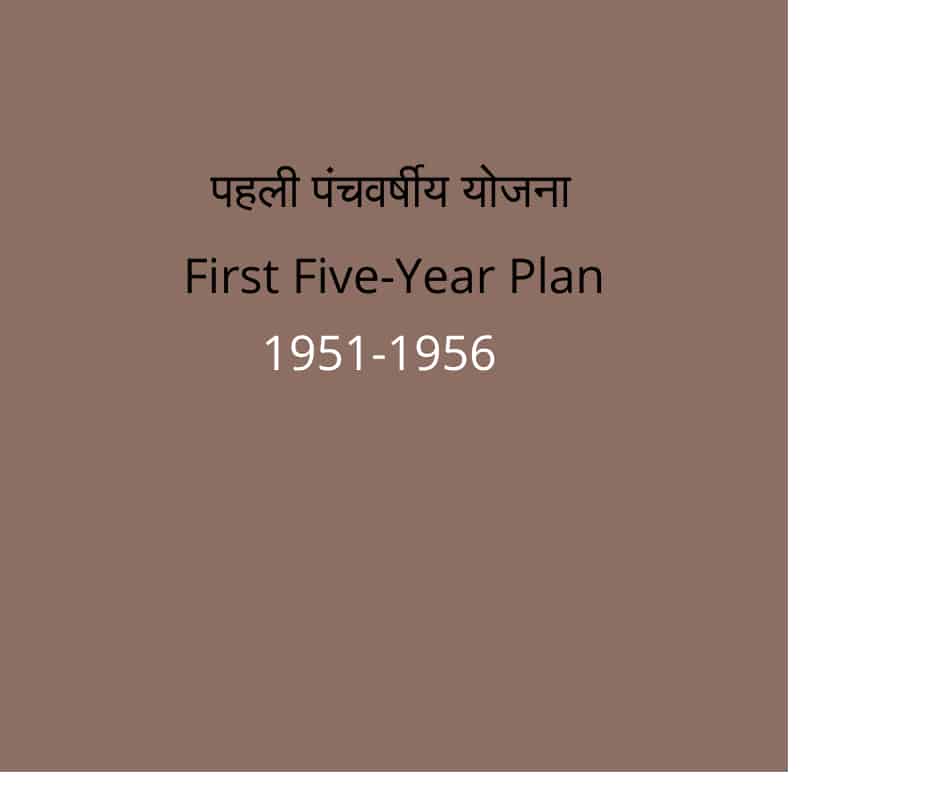 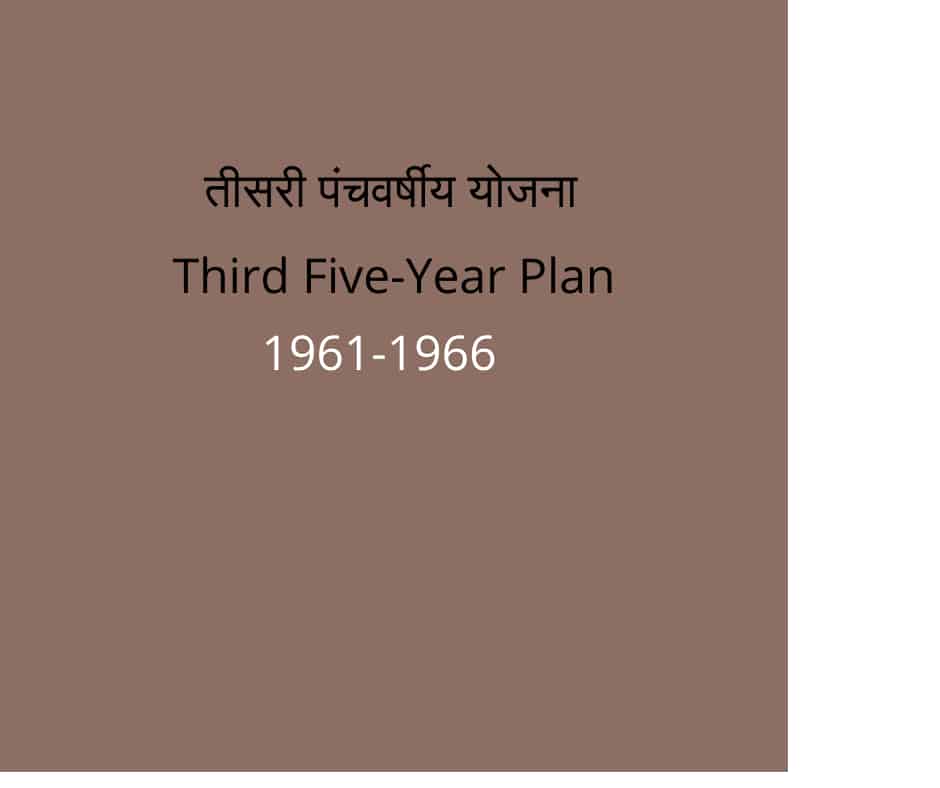 The Third Five-year Plan stressed agriculture and improvement in the production of wheat, but the brief Sino-Indian War of 1962 exposed weaknesses in the economy and shifted the focus towards the defence industry and the Indian Army. In 1965–1966, India fought a War with Pakistan. There was also...Read More 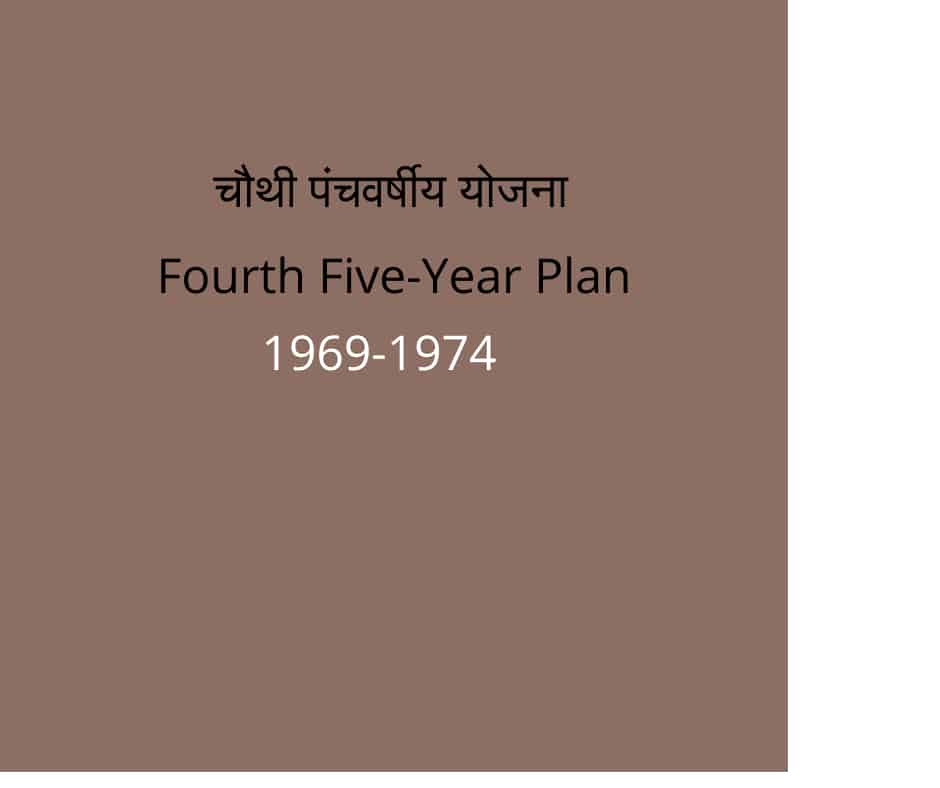 At this time Indira Gandhi was the prime minister. The Indira Gandhi government nationalised 14 major Indian banks and the Green Revolution in India advanced agriculture. In addition, the situation in East Pakistan (now Bangladesh) was becoming dire as the Indo-Pakistan War of 1971 and Bangladesh...Read More 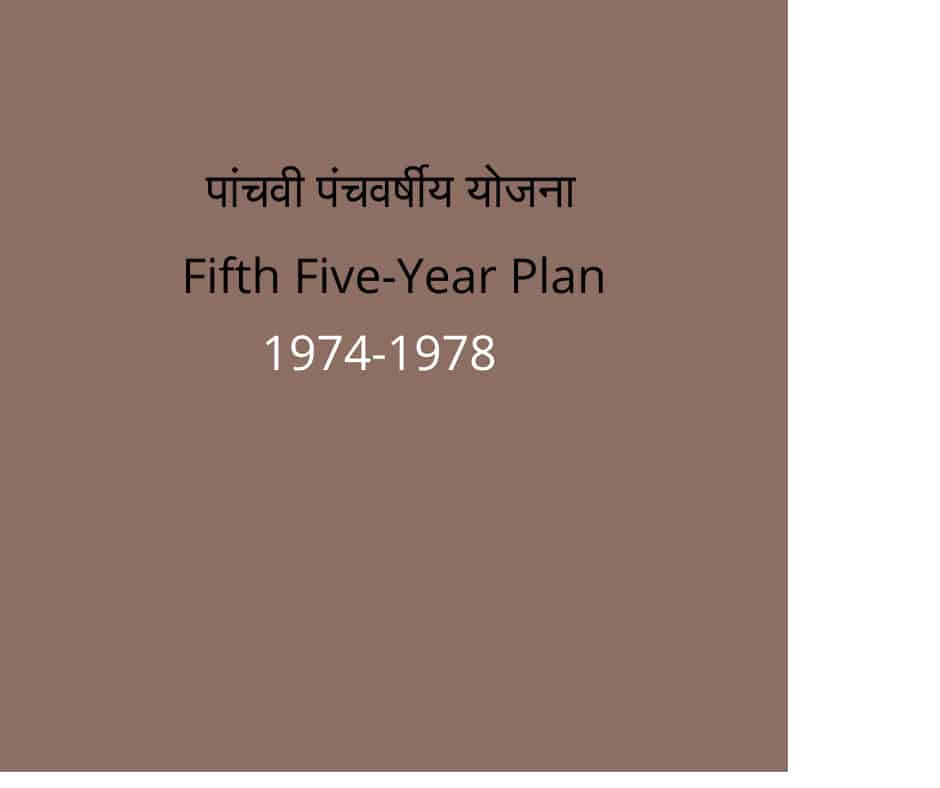 The Fifth Five-Year Plan laid stress on employment, poverty alleviation (Garibi Hatao), and justice. The plan also focused on self-reliance in agricultural production and defence. In 1978 the newly elected Morarji Desai government rejected the plan. The Electricity Supply Act was amended in 1975, which enabled the central government to enter into power generation and transmission. 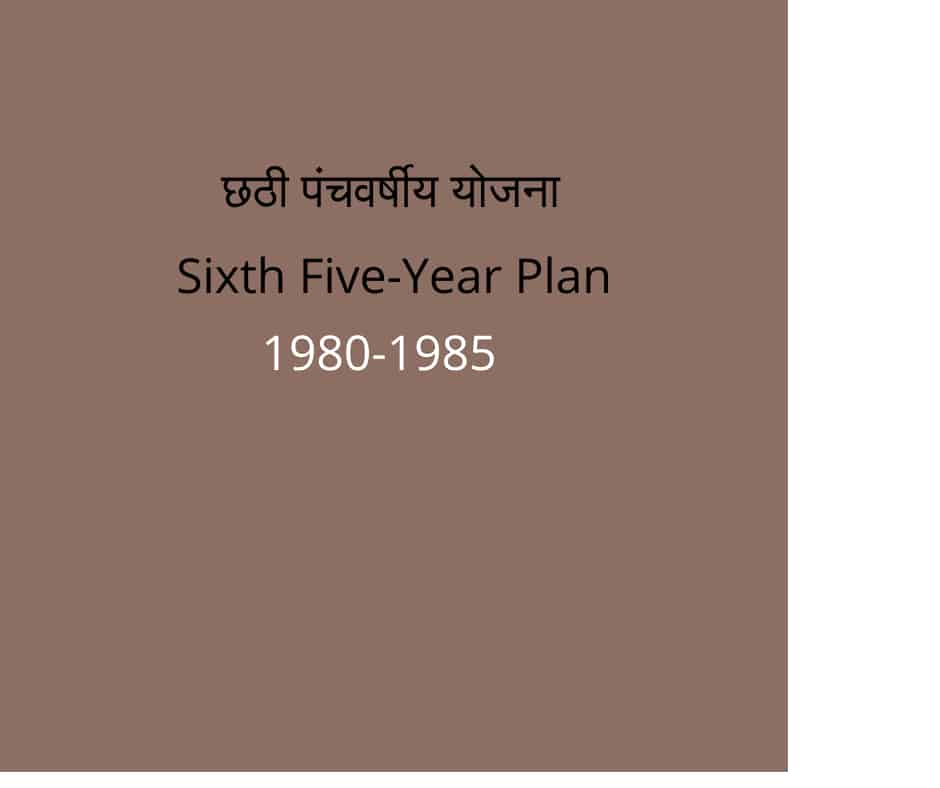 The Sixth Five-Year Plan marked the beginning of economic liberalisation. Price controls were eliminated and ration shops were closed. This led to an increase in food prices and an increase in the cost of living. This was the end of Nehruvian socialism. The National Bank for Agriculture and Rural...Read More 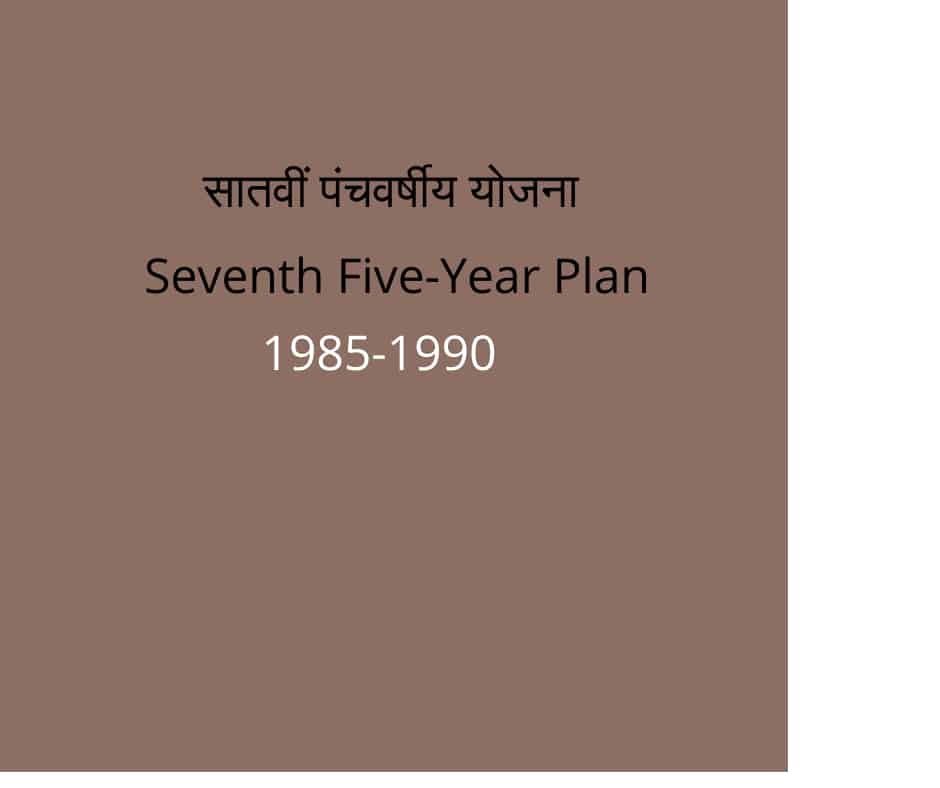 The Seventh Five-Year Plan was led by the Congress Party with Rajiv Gandhi as the prime minister. The plan laid stress on improving the productivity level of industries by upgrading of technology. The main objectives of the Seventh Five-Year Plan were to establish growth in areas of increasing economic productivity, production of food grains, and generating employment through “Social Justice”.

1989–91 was a period of economic instability in India and hence no Five-Year Plan was implemented. Between 1990 and 1992, there were only Annual Plans. In 1991, India faced a crisis in foreign exchange (forex) reserves, left with reserves of only about US$1 billion. Thus, under pressure, the...Read More

The Ninth Five-Year Plan came after 50 years of Indian Independence. Atal Bihari Vajpayee was the prime minister of India during the Ninth Plan. The Ninth Plan tried primarily to use the latent and unexplored economic potential of the country to promote economic and social growth. It offered strong...Read More

The main objectives of the Tenth Five-Year Plan: Attain 8% GDP growth per year. Reduction of poverty rate by 5% by 2007. Providing gainful and high-quality employment at least to the addition to the labour force. Reduction in gender gaps in literacy and wage rates by at least 50% by 2007. 20-point...Read More 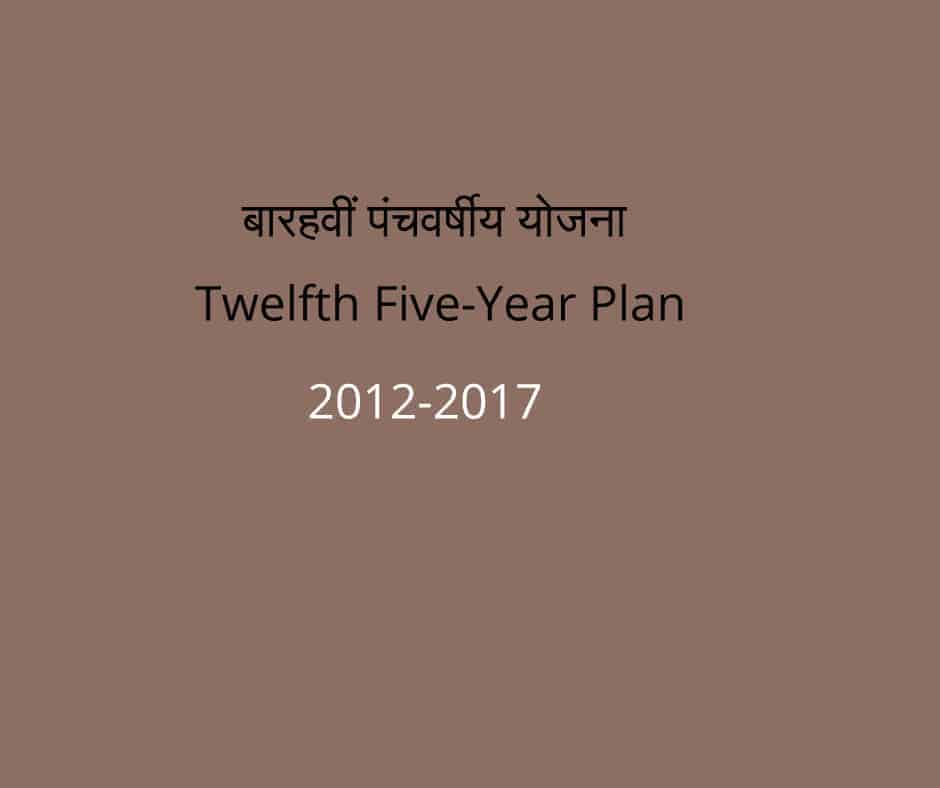 The Twelfth Five-Year Plan of the Government of India has been decided to achieve a growth rate of 8.2% but the National Development Council (NDC) on 27 December 2012 approved a growth rate of 8% for the Twelfth Plan. With the deteriorating global situation, the Deputy Chairman of the Planning Commission...Read More