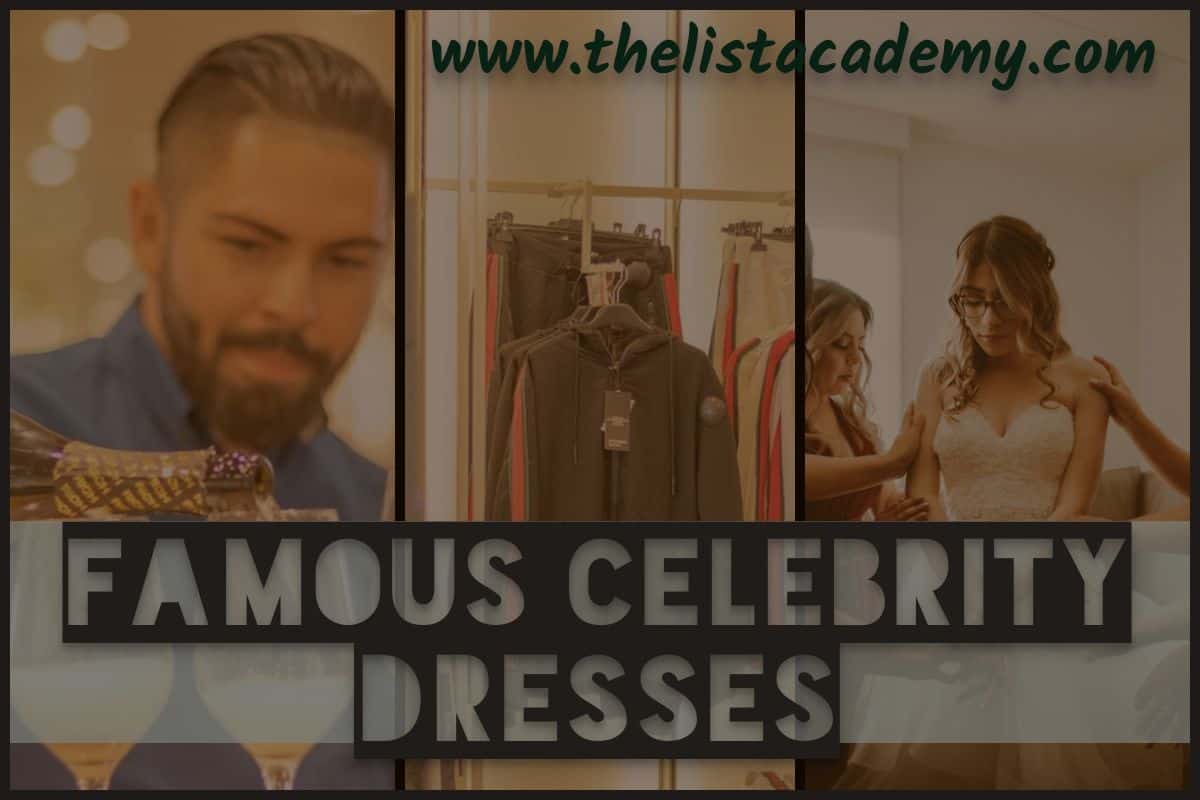 In this list of today, we will talk about the costumes that the top fashion designers from all over the world have designed for big celebrities and then when those celebrities wore those dresses for any special occasion or award ceremony, then as if that dress made the heart of the people Have won.

Famous people often push the boundaries of fashion through their dressing sense. What they wear becomes iconic dresses loved and desired by all. From dresses, designed like an animal’s skin to outfits made entirely from a certain material to give a push to a cause, these celebrity dresses successfully cause a ripple in the world of fashion. Below, some of the most famous celebrity dresses are listed. These dresses have become a trend and their designs stay imprinted on the public memory for quite a long time. These dresses are loved sometimes because they are extremely gorgeous and sometimes because they are outrageous – but whatever the reason, these dresses are those dresses that are chic, stylish, pushy, and of course costly. Their trend stays alive no matter how daring they are, always over the top of the fashion world. Eventually, they become an integral part of popular culture, art, and sometimes history. 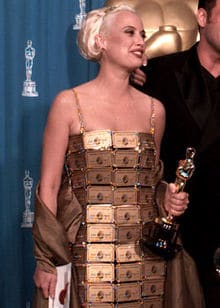 Australian costume designer Lizzy Gardiner wore a dress made of 254 American Express Gold cards to the 67th Academy Awards on 27 March 1995, where she won an Oscar for Best Costume Design. All of the cards were genuine, but had expired.

The outfit was made of 254 expired American Express gold...Read More 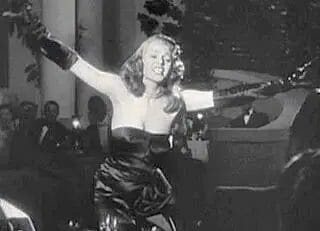 In the 1946 film Gilda, Rita Hayworth wore a black dress made by American costume designer Jean Louis. It was used in a scene in which the character of Gilda sings the song “Put the Blame on Mame”, improvising a quick striptease, choreographed by Jack Cole. The dress has helped consolidate the image of the femme fatale, as well as being universally recognized as an icon of fashion and cinema. The Independent named it as one of the Ten Best Fashion Moments in Film.

A dress designed by Hubert de Givenchy and worn by Audrey Hepburn in the opening of the 1961 romantic comedy film Breakfast at Tiffany’s. The dress is cited as one of the most iconic items of clothing in the history of the twentieth century, and perhaps the most famous “little black dress” of all time.

English actress and model Elizabeth Hurley wore a black Versace dress, often referred to as “THAT Dress”, when she accompanied Hugh Grant to the premiere of Four Weddings and a Funeral in 1994. The dress was held together by several oversized gold safety pins. The dress is perhaps Versace’s best-known creation, and is considered by some to be largely responsible for launching Hurley onto the global media stage. 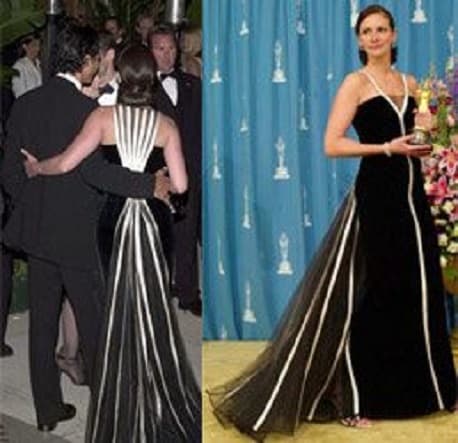 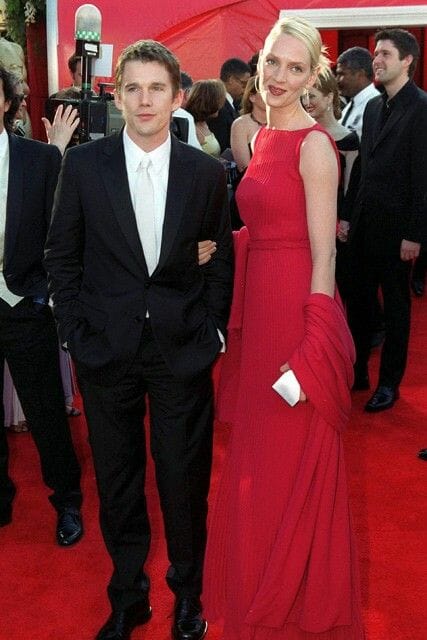 The Crimson Alberta Ferretti dress of Uma Thurman refers to the crimson Alberta Ferretti dress worn by Uma Thurman at the 72nd Academy Awards on March 26, 2000. In a poll by Debenhams published in The Daily Telegraph the dress was voted the 20th greatest red carpet gown of all time.The dress remains among the most iconic dresses worn at the Academy Awards. 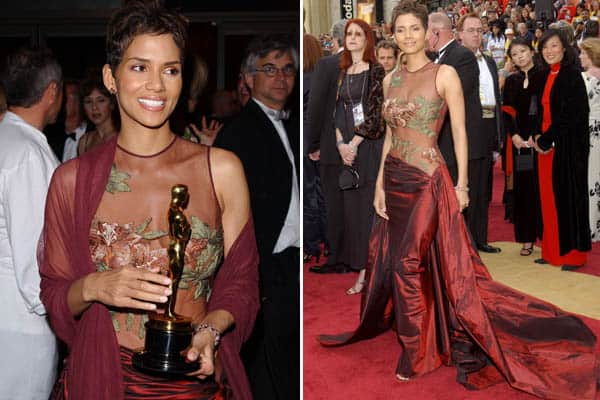 The Elie Saab net dress of Halle Berry refers to the mesh and embroidery-topped deep-red dress worn by Halle Berry at the 74th Academy Awards on March 24, 2002. It was designed by Lebanese designer Elie Saab.
In a poll by Debenhams published in The Daily Telegraph the dress was voted the 8th...Read More

The Union Jack dress was an item of clothing worn by singer Geri Halliwell of the Spice Girls at the 1997 Brit Awards. The mini dress featured a flag of the United Kingdom, the Union Jack, on the front, and a white CND symbol emblazoned on the black-coloured back of the dress. The next day the images...Read More

American recording artist and actress Jennifer Lopez wore an exotic green Versace silk chiffon dress to the 42nd Grammy Awards ceremony on February 23, 2000. The sheer fabric was printed with a tropical leaf and bamboo pattern, and cut with a very low neckline that extended well past Lopez’s...Read More 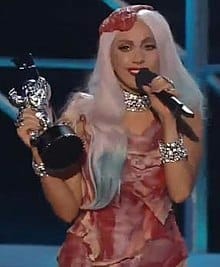 At the 2010 MTV Video Music Awards, American singer Lady Gaga wore a dress made of raw beef, which was commonly referred to by the media as the meat dress. Designed by Franc Fernandez and styled by Nicola Formichetti, the dress was condemned by animal rights groups, and named by Time as the top fashion...Read More