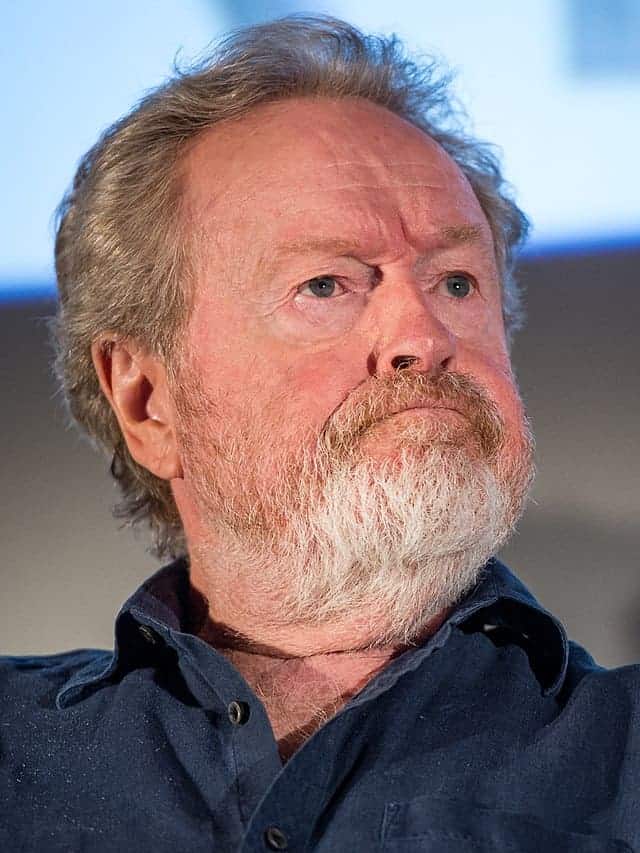 Sir Ridley Scott (born 30 November 1937) is an English film director and producer. He has directed the science fiction horror film Alien (1979), the neo-noir dystopian film Blade Runner (1982), the road adventure film Thelma & Louise (1991), the historical drama film Gladiator (2000), the war film Black Hawk Down (2001), and the science fiction film The Martian (2015).
Scott began his career as a television designer and director before moving into advertising, where he honed his filmmaking skills by making inventive mini-films for television commercials. His work is known for its atmospheric and highly concentrated visual style. Though his films range widely in setting and period, they frequently showcase memorable imagery of urban environments, spanning 2nd-century Rome (Gladiator), 12th-century Jerusalem (Kingdom of Heaven), Medieval England (Robin Hood), contemporary Mogadishu (Black Hawk Down), or the futuristic cityscapes of Blade Runner and distant planets in Alien, Alien: Covenant, Prometheus, and The Martian. Several of his films are also known for their strong female characters.Scott has been nominated for three Academy Awards for Directing, which he received for Thelma & Louise, Gladiator and Black Hawk Down.