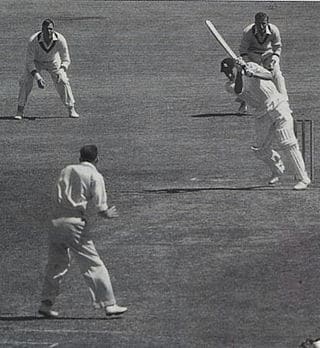 Peter Barker Howard May (31 December 1929 – 27 December 1994) was an English cricketer who played for Surrey County Cricket Club, Cambridge University and England. Already a cricketing prodigy during his school days, May played his entire cricket career as an amateur, and was regarded by many players and fans as England’s finest batsman in the post-war era.Described in his Wisden obituary as “tall and handsome with a batting style that was close to classical, and… the hero of a generation of school boys”, May was made a Commander of the Order of the British Empire in 1981, and posthumously inducted into the ICC Cricket Hall of Fame in 2009. Wisden Cricketer’s Almanack described May as a “schoolboy prodigy” who went on to become “one of England’s finest batsmen”.

Read More About Peter May