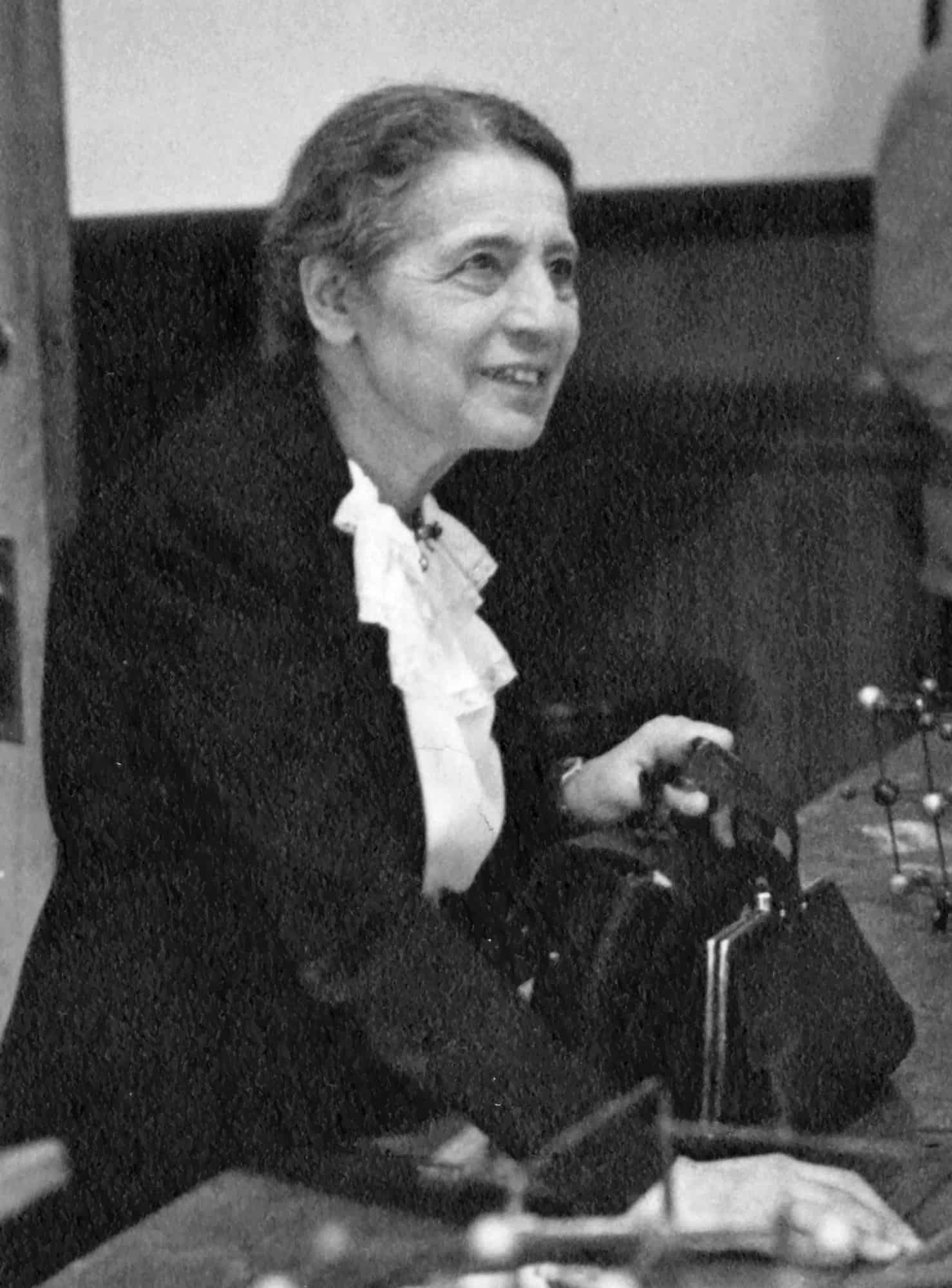 Lise Meitner ( 7 November 1878 – 27 October 1968) was an Austrian-Swedish physicist who contributed to the discoveries of the element protactinium and nuclear fission. While working at the Kaiser Wilhelm Institute on radioactivity, she discovered the radioactive isotope protactinium-231 in 1917. In 1938, Meitner and nephew-physicist Otto Robert Frisch discovered nuclear fission. She was praised by Albert Einstein as the “German Marie Curie”.Completing her doctoral research in 1905, Meitner became the first woman from the University of Vienna and second in the world to earn a doctorate in physics. She spent most of her scientific career in Berlin, Germany, where she was a physics professor and a department head at the Kaiser Wilhelm Institute; she was the first woman to become a full professor of physics in Germany. She lost these positions in the 1930s because of the anti-Jewish Nuremberg Laws of Nazi Germany, and in 1938 she fled to Sweden, where she lived for many years, ultimately becoming a Swedish citizen.