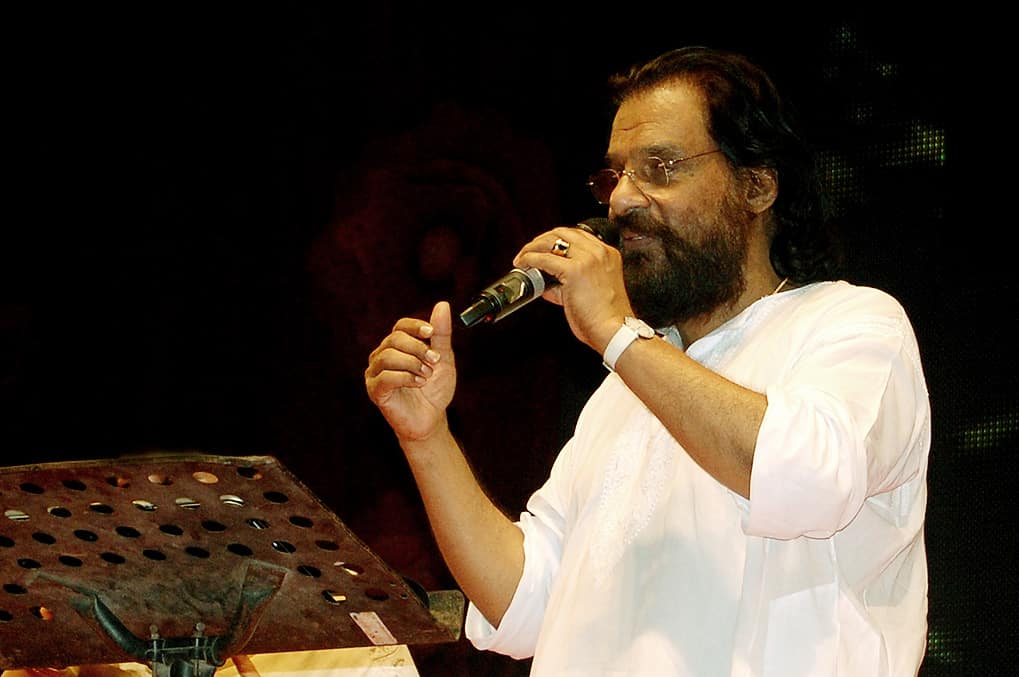 Kattassery Joseph Yesudas (born 10 January 1940) is an Indian playback singer and musician who sings Indian classical, devotional and cinematic songs. Yesudas has recorded more than 50,000 songs in a number of Indian languages, including Malayalam, Tamil, Telugu, Hindi, Kannada, Bengali, Odia as well as Arabic, English, Latin, and Russian, during a career spanning more than five decades. He is often referred to as Gaanagandharvan (transl. The Celestial Singer).Yesudas has performed in most Indian languages except for Punjabi, Assamese, Konkani, and Kashmiri. He has also composed a number of Malayalam film songs during the 1970s and 1980s.
Yesudas won the National Award for the Best Male Playback Singer record eight times, the Filmfare Awards South five times, and the State Award for the Best Playback Singer forty-three times, including awards given by the state governments of Kerala, Tamil Nadu, Andhra Pradesh, Karnataka, and West Bengal. He was awarded the Padma Shri in 1975, the Padma Bhushan in 2002, and the Padma Vibhushan (second-highest civilian award) in 2017 by the Government of India for his contributions towards the arts. In 2011 Yesudas was honoured with the CNN-IBN outstanding achievement award having recorded more than 50,000 songs in a five-decade career. In 2006, he sang 16 film songs in four South Indian languages on the same day at AVM Studio, Chennai.