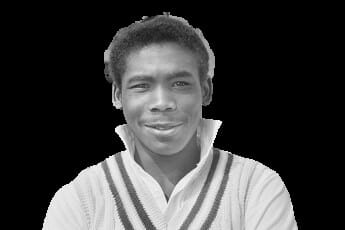 Sir Cuthbert Gordon Greenidge (born 1 May 1951) is a Barbadian former first-class cricketer, who represented the West Indies in Test and One day Cricket for 17 years. Greenidge is widely regarded as one of the greatest and most destructive opening batsmen of cricket history. In 2009, Greenidge was inducted into the ICC Cricket Hall of Fame.