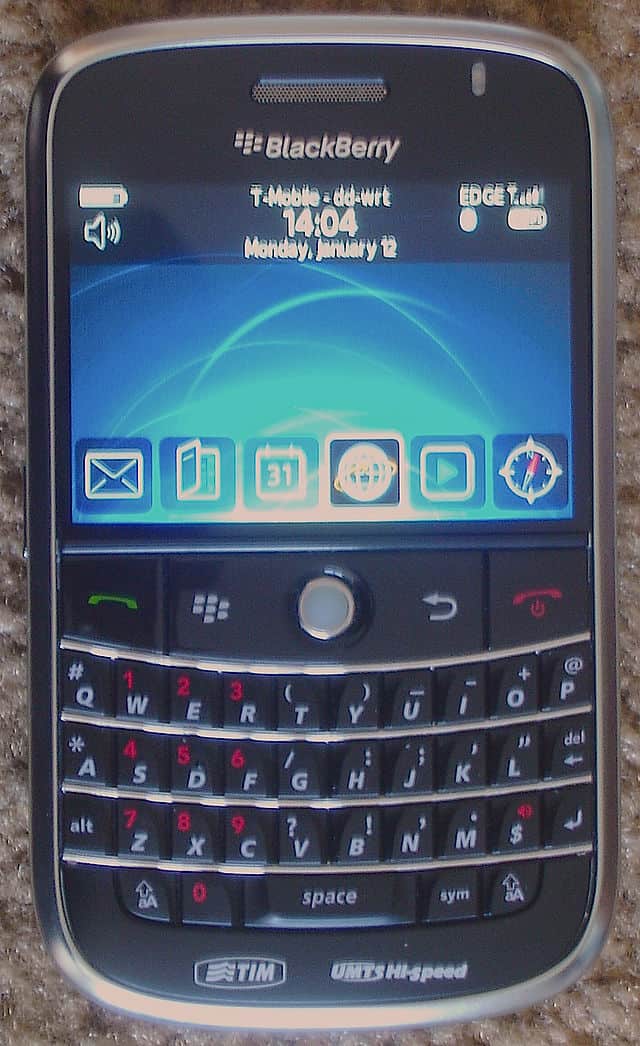 BlackBerry is a software company specializing in enterprise software, internet of things (IoT) and cyber security. BlackBerry exited its legacy smartphone hardware business between 2016 and 2020. BlackBerry is a Canadian company BlackBerry Limited (formerly known as Research In Motion, or RIM). BlackBerry products were formerly designed, manufactured, and marketed by Chinese company TCL Communication (under the brand of BlackBerry Mobile), Indonesian company BB Merah Putih, and Indian company Optiemus Infracom for the global, Indonesian, and South Asian markets (respectively) using the BlackBerry brand under license. TCL stopped manufacturing the devices on August 31, 2020, as its contract expired, with the last Blackberry-TCL phone being the Blackberry Key2LE.BlackBerry was one of the most prominent smartphone vendors in the world, specializing in secure communications and mobile productivity, and well known for the keyboards on most of its devices. At its peak in September 2013, there were 85 million BlackBerry subscribers worldwide. However, BlackBerry lost its dominant position in the market due to the success of the Android and iOS platforms; its numbers had fallen to 23 million in March 2016.