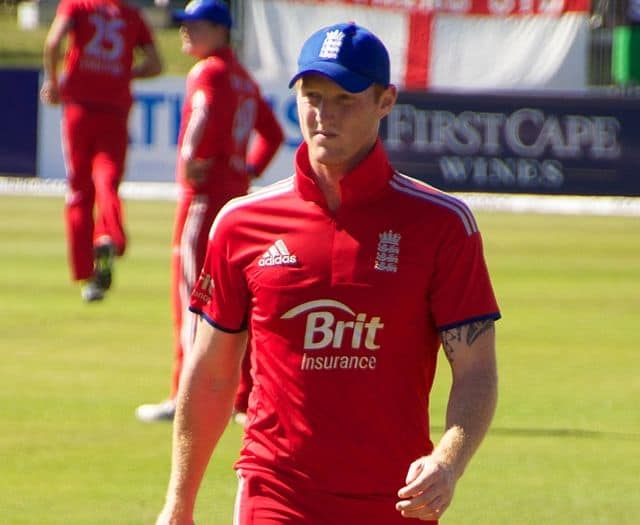 Benjamin Andrew Stokes (born 4 June 1991) is an English cricketer who is the current vice-captain of the England Test team and plays for the England One Day International (ODI) and Twenty20 International (T20I) teams. In domestic cricket, he represents Durham, and has played in multiple Twenty20 leagues, including for Rising Pune Supergiant and Rajasthan Royals in the Indian Premier League.
Born in New Zealand, Stokes moved to England as a child. He made his England debut in the 2011 ODI in Ireland, his T20I debut in the home series against the West Indies and his Test debut in the 2013–14 Ashes series in Australia. He was part of the England team that won the 2019 Cricket World Cup, top-scoring with 84 in England’s innings in the final before batting in the tied Super Over, winning the Man of the Match award. He was named the Wisden Leading Cricketer in the World in 2019 and 2020, and won the ICC Award for Best Men’s Cricketer in 2019.
An all-rounder, Stokes is a left-handed middle-order batsman and right-arm fast bowler. He holds the world record for most runs in an innings at number six, scoring 258 against South Africa during England’s 2015-16 tour. In the same Test, he and Jonny Bairstow set the world record for highest sixth-wicket stand in Tests, at 399.