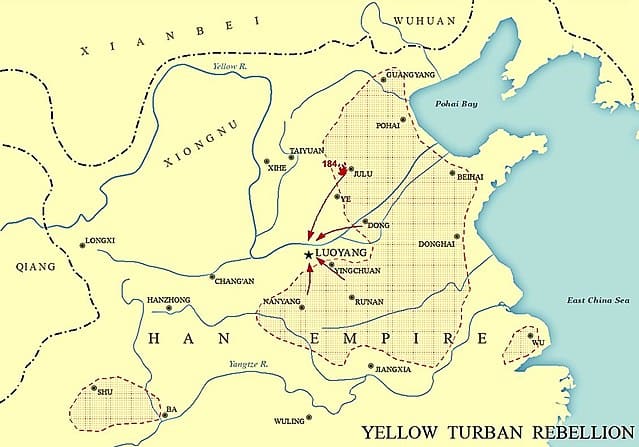 The Yellow Turban Rebellion, also translated as the Yellow Scarves Rebellion, was a peasant revolt in China against the Eastern Han dynasty. The uprising broke out in 184 AD during the reign of Emperor Ling. Although the main rebellion was suppressed by 185 AD, pockets of resistance continued and smaller rebellions emerged in later years. It took 21 years until the uprising was fully suppressed in 205 AD. The rebellion, which got its name from the colour of the cloths that the rebels wore on their heads, marked an important point in the history of Taoism due to the rebels’ association with secret Taoist societies. The revolt was also used as the opening event in the 14th-century historical novel Romance of the Three Kingdoms.