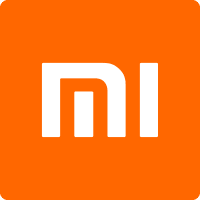 Xiaomi Corporation is a Chinese multinational electronics company founded in April 2010 and headquartered in Beijing. Xiaomi makes and invests in smartphones, mobile apps, laptops, home appliances, bags, shoes, consumer electronics, and many other products. Xiaomi is also the fourth company in the world after Apple, Samsung and Huawei to have self-developed mobile phone chip capabilities.Xiaomi released its first smartphone in August 2011 and rapidly gained market share in China to become the country’s largest smartphone company in 2014. At the start of second quarter of 2018, Xiaomi was the world’s fourth-largest smartphone manufacturer, leading in both the largest market, China, and the second-largest market, India. Xiaomi later developed a wider range of consumer electronics, including a smart home (IoT) product ecosystem, which has connected more than 100 million smart devices and appliances. Monthly active users (MAUs) of MIUI increased to 291.6 million in September 2019.Xiaomi has 16,700 employees worldwide. It has expanded to other markets including Greater China, Singapore, Japan, South Korea, Russia, South Africa and most countries and regions in Southeast Asia and Europe. According to Forbes, Lei Jun, the founder and CEO, has an estimated net worth of US$12.5 billion. Xiaomi is the world’s 4th most valuable technology start-up after receiving US$1.1 billion funding from investors, making Xiaomi’s valuation more than US$46 billion. Ranked 468th, Xiaomi is the youngest company on Fortune Global 500 list for 2019. In 2019, Xiaomi’s mobile phone shipments reached 125 million units, ranking fourth globally since 2018. The company has been listed on the Hong Kong Stock Exchange since 2018.