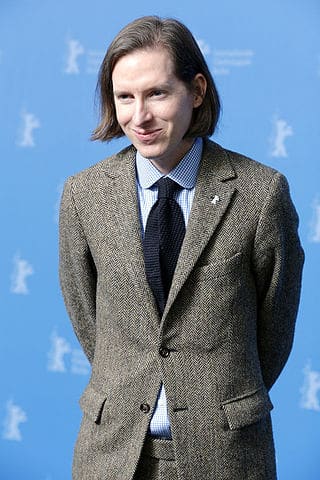 Wesley Wales Anderson (born May 1, 1969) is an American filmmaker. His films are known for their symmetry, eccentricity and distinctive visual and narrative styles, and he is cited by some critics as a modern-day example of the auteur. Three of his films – The Royal Tenenbaums, Moonrise Kingdom, and The Grand Budapest Hotel – appeared in BBC Culture’s 2016 poll of the greatest films since 2000.Anderson was nominated for the Academy Award for Best Original Screenplay for The Royal Tenenbaums (2001), Moonrise Kingdom (2012) and The Grand Budapest Hotel (2014), as well as the Academy Award for Best Animated Feature for the stop-motion films Fantastic Mr. Fox (2009) and Isle of Dogs (2018). With The Grand Budapest Hotel, he received his first Academy Award nominations for Best Director and Best Picture, and won the Golden Globe Award for Best Motion Picture – Musical or Comedy and the BAFTA Award for Best Original Screenplay. He currently runs the production company American Empirical Pictures, which he founded in 1998. He won the Silver Bear for Best Director for Isle of Dogs in 2018.