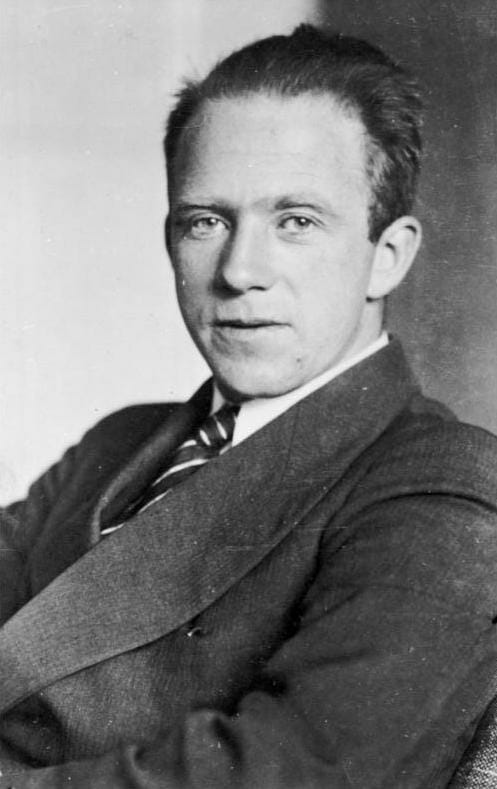 Werner Karl Heisenberg ( 5 December 1901 – 1 February 1976) was a German theoretical physicist and one of the key pioneers of quantum mechanics. He published his work in 1925 in a breakthrough paper. In the subsequent series of papers with Max Born and Pascual Jordan, during the same year, this matrix formulation of quantum mechanics was substantially elaborated. He is known for the uncertainty principle, which he published in 1927. Heisenberg was awarded the 1932 Nobel Prize in Physics “for the creation of quantum mechanics”.Heisenberg also made important contributions to the theories of the hydrodynamics of turbulent flows, the atomic nucleus, ferromagnetism, cosmic rays, and subatomic particles. He was a principal scientist in the German nuclear weapons program during World War II. He was also instrumental in planning the first West German nuclear reactor at Karlsruhe, together with a research reactor in Munich, in 1957.