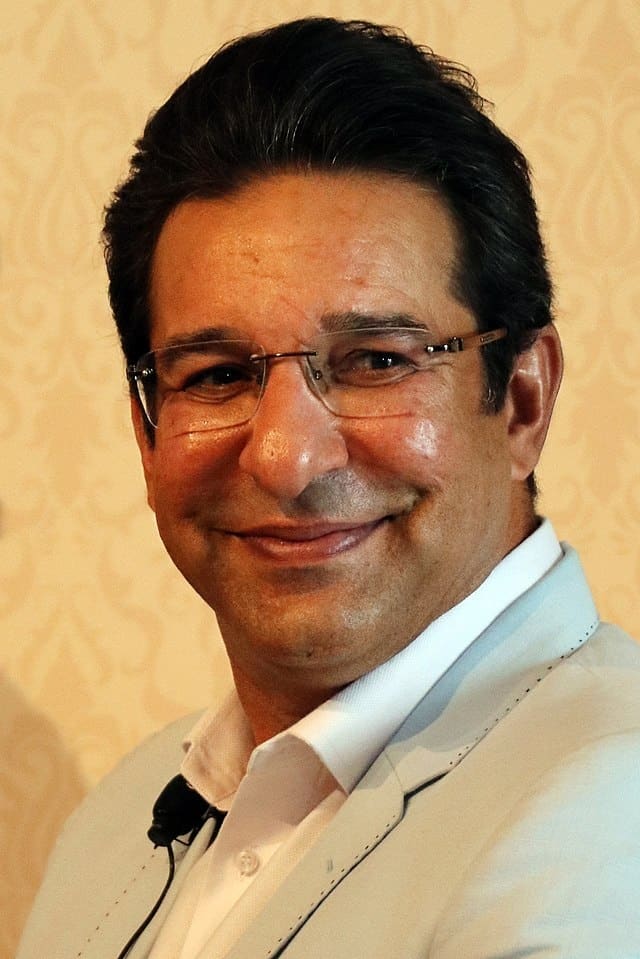 Wasim Akram (born 3 June 1966) is a Pakistani cricket commentator, coach, and former cricketer and captain of the Pakistan national cricket team. Akram is widely regarded as one of the greatest fast bowlers of all time and several critics regard him as the greatest left arm fast bowler of cricket history.
In October 2013, Wasim Akram was the only Pakistani cricketer to be named in an all-time Test World XI to mark the 150th anniversary of Wisden Cricketers’ Almanack.A left arm fast bowler who could bowl with significant pace, he holds the world record for most wickets in List A cricket, with 881, and he is second only to Sri Lankan off-spin bowler Muttiah Muralitharan in terms of ODI wickets, with 502 in total. He is considered to be one of the founders, and perhaps the finest exponent of, reverse swing bowling.He was the first bowler to reach the 500-wicket mark in ODI cricket during the 2003 World Cup. In 2002, Wisden released its only list of best players of all time. Wasim was ranked as the best bowler in ODI of all time, with a rating of 1223.5, ahead of Allan Donald, Imran Khan, Waqar Younis, Joel Garner, Glenn McGrath and Muralitharan. Wasim took 23 four-wicket hauls in 356 ODI matches played. On 30 September 2009, Akram was one of five new members inducted into the ICC Cricket Hall of Fame. He was the bowling coach of Kolkata Knight Riders. However, he took a break from the position for IPL 6, citing a need to spend more time with family in Karachi, and he took a further break from IPL 2017; and was replaced by Lakshmipathy Balaji.
He was working as director and bowling coach of Islamabad United in Pakistan Super League, until he left to join Multan Sultans in August 2017. In October 2018, he was named in the Pakistan Cricket Board’s seven-member advisory cricket committee. In November 2018, he joined PSL franchise, Karachi Kings, as a President.
The Government of Pakistan awarded him the Hilal-e-Imtiaz on 23 March 2019 for his life time achievements In field of Cricket.