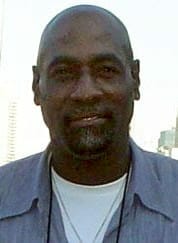 Sir Isaac Vivian Alexander Richards KNH, OBE (born 7 March 1952) is an Antiguan retired cricketer who represented the West Indies cricket team between 1974 and 1991. Batting generally at number three in a dominant West Indies side, Richards is widely regarded as one of the greatest batsmen of all time.Richards made his test debut in 1974 against India along with Gordon Greenidge. His best years were between 1976 and 1983 where he averaged a remarkable 66.51 with the bat. In 1984 he suffered from Pterygium and had a eye surgery which affect his eyesight and reflexes that made eye shots harder. although he remained the best batter in world for next four years until the decline in last couple of years where he averaged 38. Overall, Richards scored 8,540 runs in 121 Test matches at an average of 50.23, including 24 centuries. He also scored 1281 runs in World Series Cricket with four tons at average of over 55 which was regarded as highest and most difficult cricket ever played. As a captain, he won 27 of 50 Test matches and lost only 8. He also scored nearly 7,000 runs in One Day Internationals and more than 36,000 in first-class cricket.
He was knighted for his contributions to cricket in 1999. In 2000 he was voted one of Wisden’s five Cricketers of the Century by a 100-member panel of experts and in 2002 the almanack judged that he had played the best One Day International innings of all time. In December 2002, he was chosen by Wisden as the greatest One Day International batsman who had played to that date and as the third greatest Test cricket batter.In 2009, Richards was inducted into the ICC Cricket Hall of Fame.