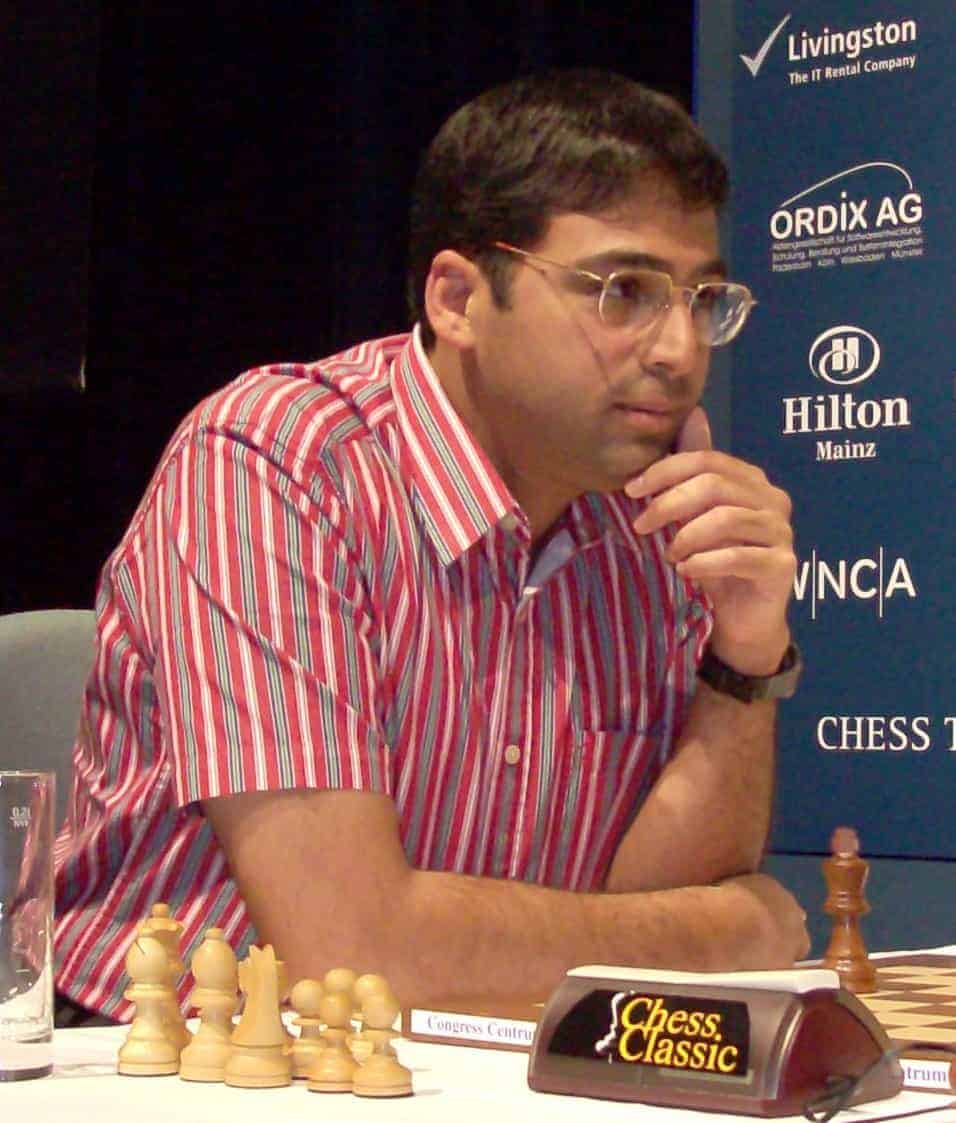 Viswanathan Anand (born 11 December 1969) is an Indian chess grandmaster and former world chess champion. He became the first grandmaster from India in 1988, and is one of the few players to have surpassed an Elo rating of 2800, a feat he first achieved in 2006. Anand is a five-time world chess champion. He defeated Alexei Shirov in a six-game match to win the 2000 FIDE World Chess Championship, a title he held until 2002. He later became the undisputed World Champion in 2007, and successfully defended his title against Vladimir Kramnik in 2008, Veselin Topalov in 2010, and Boris Gelfand in 2012. In 2013, he lost the title to challenger Magnus Carlsen, and lost a rematch to Carlsen in 2014 after winning the 2014 Candidates Tournament. In April 2006, Anand became the fourth player in history to pass the 2800 Elo mark on the FIDE rating list, after Garry Kasparov, Vladimir Kramnik, and Veselin Topalov. He occupied the number one position for 21 months, the sixth longest on record.
Known for his rapid playing speed as a child, Anand earned the sobriquet of “Lightning Kid” during his early career in the 1980s. He has since developed into a universal player, and is considered by many to be the greatest rapid chess player of his generation. He won the FIDE World Rapid Chess Championship in 2003 and 2017, the World Blitz Cup in 2000, and numerous other top-level rapid & blitz events.
Anand was the first recipient of the Rajiv Gandhi Khel Ratna Award in 1991–92, India’s highest sporting honour. In 2007, he was awarded India’s second highest civilian award, the Padma Vibhushan, making him the first sportsperson to receive the award.