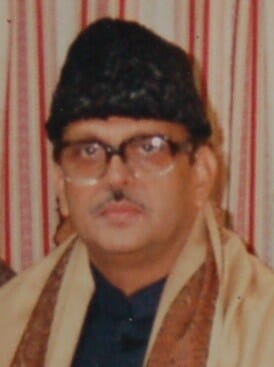 Vishwanath Pratap Singh (25 June 1931 – 27 November 2008) was an Indian politician who was the 8th Prime Minister of India from 1989 to 1990.
He was educated at the Allahabad University and Pune University. In 1969, he joined the Indian National Congress party and was elected as a member of the Uttar Pradesh Legislative Assembly. In 1971, he became a Member of Parliament in the Lok Sabha. He served as the Minister of Commerce from 1976 to 1977. In 1980, he became the Chief Minister of Uttar Pradesh.
In the Rajiv Gandhi ministry, Singh was given various cabinet posts, including Minister of Finance and Minister of Defence. During his tenure as Minister of Defence, the Bofors scandal came to light, and Singh resigned from the ministry. In 1988, he formed the Janata Dal party by merging various factions of the Janata Party. In the 1989 elections, the National Front, with the support of the BJP, formed the government and Singh became the 7th Prime Minister of India.
During his tenure as prime minister, he implemented the Mandal Commission report for India’s backward castes. Following his opposition to the Ram Rath Yatra, the BJP withdrew its support for the National Front, and his government lost the vote of no-confidence. Singh resigned on 7 November 1990. His prime ministerial tenure lasted for 343 days.
Singh was the prime ministerial candidate for the National Front in the 1991 elections, but was defeated. He spoke out against the Babri Masjid demolition in 1992. After 1996, Singh retired from political posts, but continued to remain a public figure and political critic. He was diagnosed with bone marrow cancer in 1998, and ceased public appearances until the cancer went into remission in 2003. He died on 27 November 2008, at the age on 77.