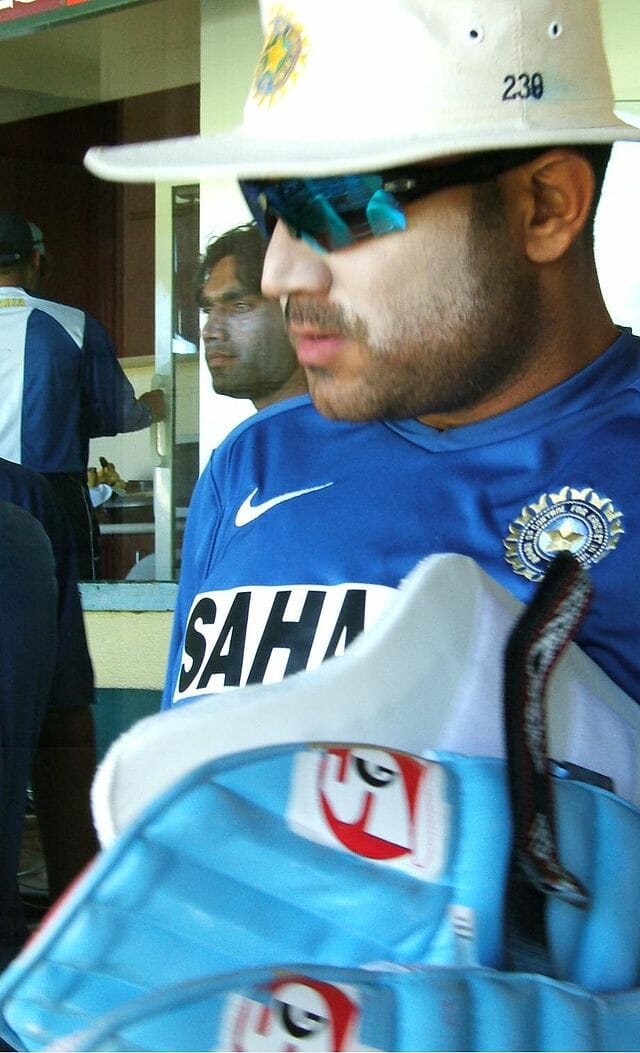 Virender Sehwag pronunciation (born 20 October 1978) is a former Indian cricketer. Widely regarded as one of the most destructive batsmen of all time, Sehwag played as an aggressive right-handed opening batsman and also bowled part-time right-arm off-spin. He played his first One Day International in 1999 and joined the Indian test side in 2001. In April 2009, Sehwag became the first Indian to be honoured as the Wisden Leading Cricketer in the World for his performance in 2008, subsequently becoming the first player of any nationality to retain the award for 2009. He is the former Occasional captain of India, former Vice-Captain of India, former captain of Delhi Daredevils and former captain of Delhi Ranji Team.
Sehwag holds multiple records including the highest score made by an Indian in Test cricket (319 against South Africa at M. A. Chidambaram Stadium in Chennai), which was also the fastest triple century in the history of international cricket (reached 300 off only 278 balls) as well as the fastest 250 by any batsman (in 207 balls against Sri Lanka on 3 December 2009 at the Brabourne Stadium in Mumbai). Sehwag also holds the distinction of being one of four batsmen in the world to have ever surpassed 300 twice in Test cricket. In March 2009, Sehwag smashed what was till then the fastest century ever scored by an Indian in ODI cricket, from 60 balls. On 8 December 2011, he hit his maiden double century in ODI cricket, against West Indies, becoming the second batsman after Sachin Tendulkar to reach the landmark. His score became the highest individual score in ODI cricket—219 off 149 balls which was later bettered by Rohit Sharma—264 off 173 balls on 13 November 2014. He is one of only two players in the world to score a double hundred in ODI and a triple hundred in Test Cricket, the other being Chris Gayle.Sehwag was appointed as vice-captain of the Indian team under Rahul Dravid in October 2005 but due to poor form, he was later replaced by V. V. S. Laxman in December 2006 as Test vice-captain. In January 2007, Sehwag was dropped from the ODI team and later from the Test team as well. During his term as vice-captain, Sehwag skippered the team in place of injured Dravid in 2 ODIs and 1 Test. Following his return to form in 2008 and the retirement of Anil Kumble, Sehwag was reappointed as the vice-captain for both Tests and ODIs. By early 2009, Sehwag had reestablished himself as one of the best performing batsmen in ODI cricket. Sehwag retired from all forms of International cricket on 20 October 2015.Now, he is serving as the member of Anti Doping Appeal Panel of National Anti Doping Agency under Ministry of Youth Affairs & Sports, Government of India.
On 31 October 2017, Delhi and District Cricket Association (DDCA) honoured Sehwag by naming Gate No.2 at the Arun Jaitley Stadium after him.