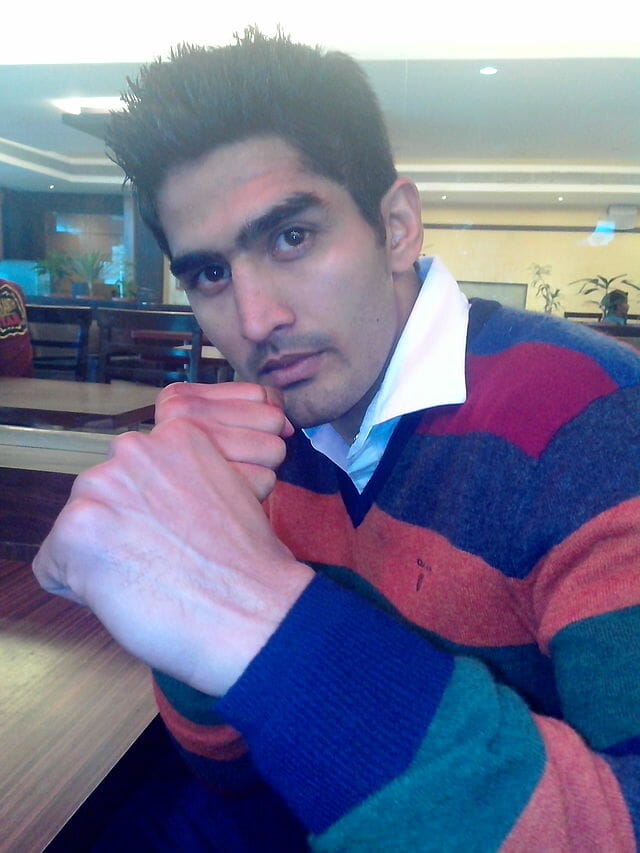 Vijender Singh Beniwal (born 29 October 1985), is an Indian professional boxer. As an amateur, he won bronze medals at the 2008 Beijing Olympics, 2009 World Championships and the 2010 Commonwealth Games, as well as silver medals at the 2006 and 2014 Commonwealth Games, all in the middleweight division.In June 2015, Vijender Singh turned professional and signed a multi-year agreement with Queensberry Promotions through IOS Sports and Entertainment. This ruled him out of 2016 Olympics which would have been his fourth.