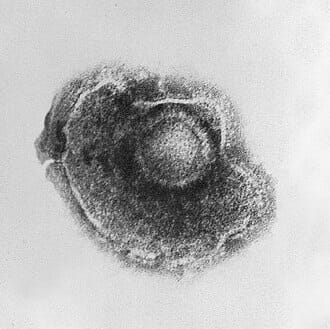 Human alphaherpesvirus 3 (HHV-3), usually referred to as the varicella-zoster virus (VZV), is one of nine herpesviruses known to infect humans. It causes chickenpox (varicella), a disease most commonly affecting children, teens, and young adults, and shingles (herpes zoster) in adults; shingles is rare in children. VZV infections are species-specific to humans, but can survive in external environments for a few hours.