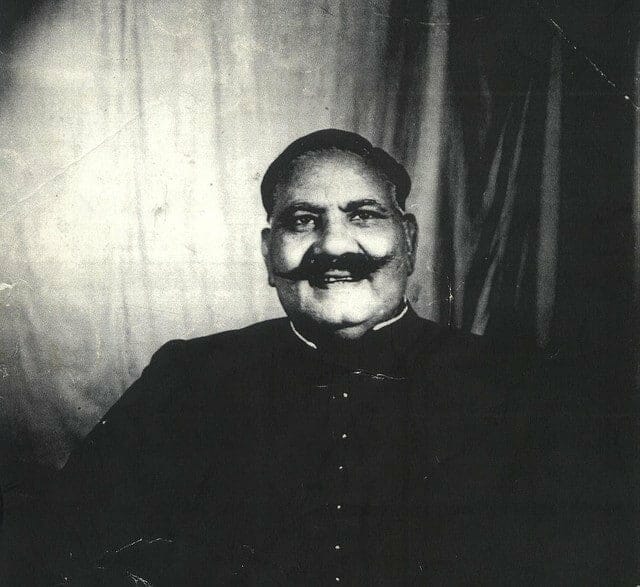 Ustad Bade Ghulam Ali Khan (c. 2 April 1902 – 25 April 1968) was an Indian Hindustani classical vocalist, from the Patiala gharana. Though he started his career by singing a few compositions of his late father Ali Baksh Khan and uncle Kale Khan, Bade Ghulam amalgamated the best of three traditions into his own Patiala-Kasur style: the Behram Khani elements of Dhrupad, the gyrations of Jaipur, and the behlavas (embellishments) of Gwalior.