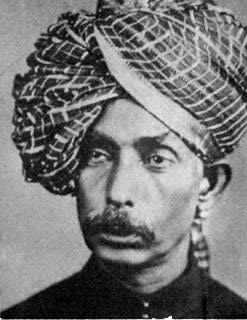 Ustad Abdul Karim Khan (11 November 1872 – 27 October 1937) was an Indian classical singer and, along with his cousin Abdul Wahid Khan, the founder of the Kirana gharana. “One of the most melodious classical musicians we have had, Abdul Karim Khan’s music always created a sublime atmosphere. The soothing quality of his specially cultivated voice, and his repose style of singing were such that the singer as well as his listeners forgot themselves in a sort of ‘trance’.