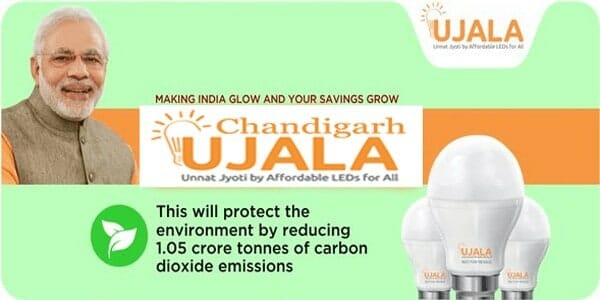 Unnat Jyoti by Affordable LEDs for All (UJALA) was launched by Prime Minister of India Narendra Modi on 1 May 2015, replacing the “Bachat Lamp Yojana”. The project is spearheaded by the Energy Efficiency Services Limited. In non-subsidized LED lamp distribution projects, this program is considered the world’s largest. In May 2017, the Government of India announced that they were expanding the LED distribution project to the United Kingdom.

Lists containing Unnat Jyoti by Affordable LEDs and Appliances for All (UJALA) :