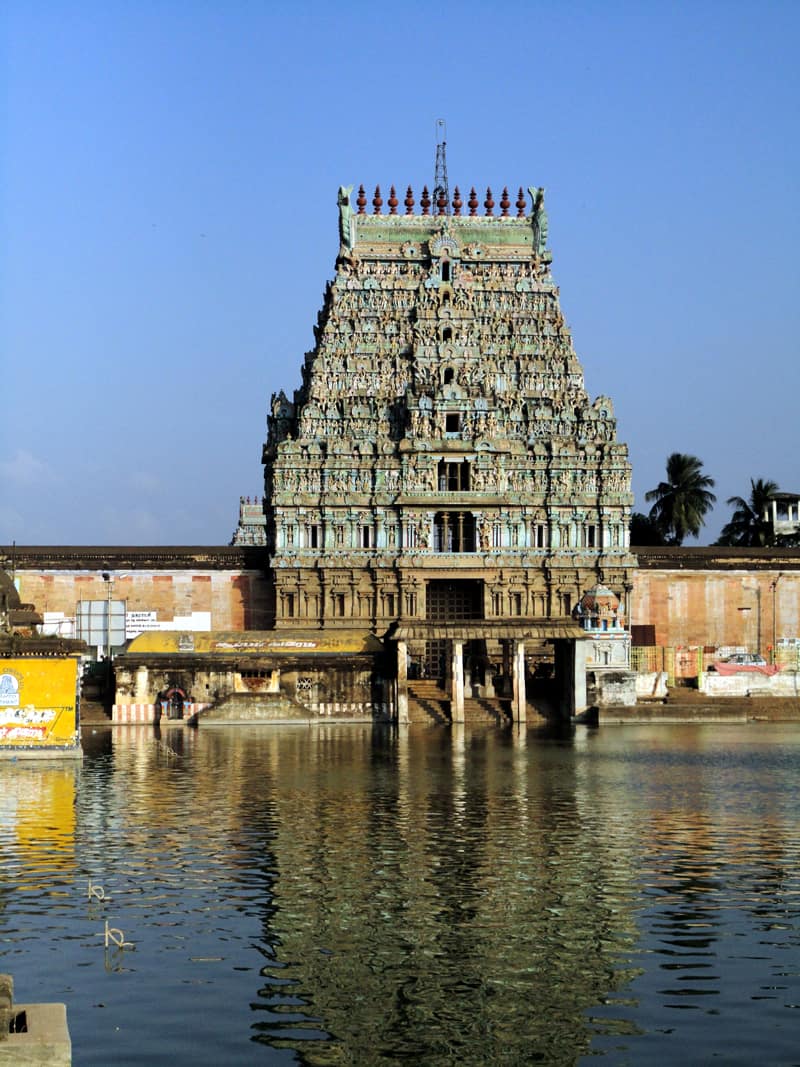 Thyagaraja Temple is a Shiva temple, located in the town of Thiruvarur in Tamil Nadu, India. Shiva is worshiped as Vanmiganathar, and is represented by the lingam. Daily poojas are offered to his idol referred to as Maragatha lingam. The main idol of worship is Lord Thiyagarajar, depicted as a Somaskanda form.His consort Parvathi is depicted as Kondi. The presiding deity is revered in the 7th century Saiva canonical work, the Tevaram, written in Tamil by saint poets known as the nayanars and classified as Paadal Petra Sthalam.
The temple complex covers 30 acres, and is one of the largest in India. It houses nine gateway towers known as gopurams. The tallest is the eastern tower, with four stories and a height of 30 metres (98 ft). The temple has numerous shrines, with those of Thyagaragar (Veethi Vidangar) and Neelothbalambal (Alliyankothai) being the most prominent.