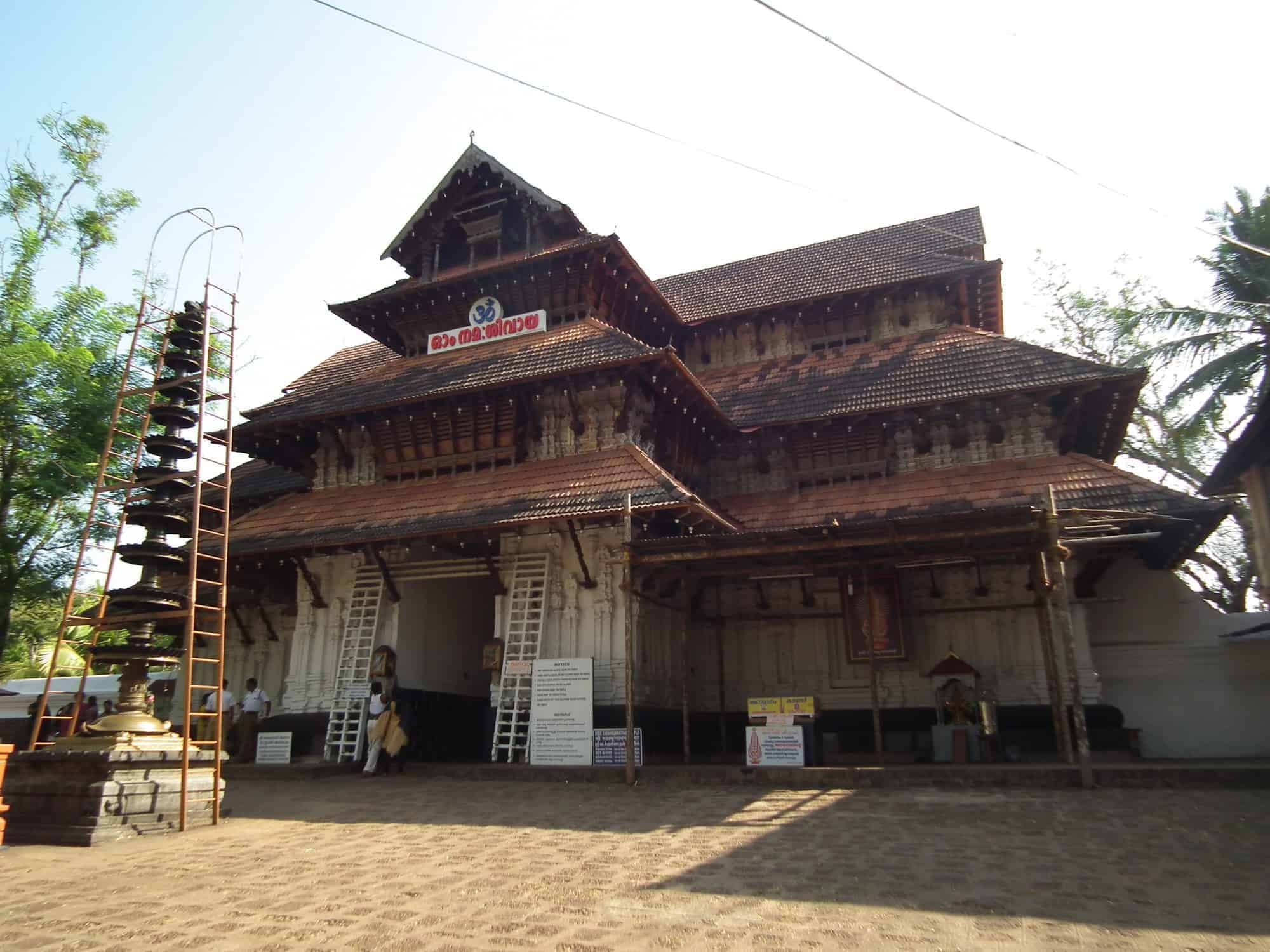 Vadakkumnathan Temple is an ancient Hindu temple dedicated to Shiva at city of Thrissur, of Kerala state in India. This temple is a classical example of the architectural style of Kerala and has one monumental tower on each of the four sides in addition to a kuttambalam. Mural paintings depicting various scenes from the Mahabharata can be seen inside the temple. The shrines and the Kuttambalam display vignettes carved in wood. The temple, along with the mural paintings, has been declared as a National Monument by India under the AMASR Act. According to popular local lore, this is the first temple built by Parasurama, the sixth avatara of Vishnu. Thekkinkadu Maidan, encircling the Vadakkunnathan Temple, is the main venue of the renowned Thrissur Pooram festival.In the year 2012 the Archaeological Survey of India (ASI) has recommended 14 sites, including Vadakkumnathan Temple and palaces, from Kerala to include in the list of UNESCO World Heritage Sites. The temple is also the first one among the 108 Shiva Temples in ancient Kerala, established by Parasurama.