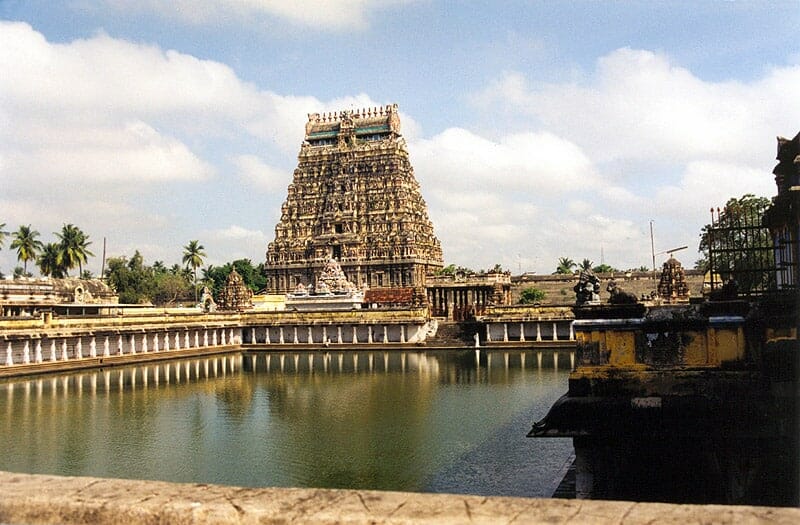 Nataraja Temple, also referred to as the Chidambaram Nataraja temple or Thillai Nataraja temple, is a Hindu temple dedicated to Nataraja – Shiva as the lord of dance – in Chidambaram, Tamil Nadu, India. The temple has mythical roots and a Shiva shrine existed at the site when the town was known as Thillai. Chidambaram, the name of the city and the temple literally means “atmosphere of wisdom” or “clothed in thought”, the temple architecture symbolizes the connection between the arts and spirituality, creative activity and the divine. The temple wall carvings display all the 108 karanas from the Natya Shastra by Bharata Muni, and these postures form a foundation of Bharatanatyam, a classical Indian dance.The present temple was built in the 10th century when Chidambaram was the capital of the Chola dynasty, making it one of the oldest surviving active temple complexes in South India. After its 10th-century consecration by the Cholas who considered Nataraja as their family deity, the temple has been damaged, repaired, renovated and expanded through the 2nd millennium. Most of the temple’s surviving plan, architecture and structure is from the late 12th and early 13th centuries, with later additions in similar style.