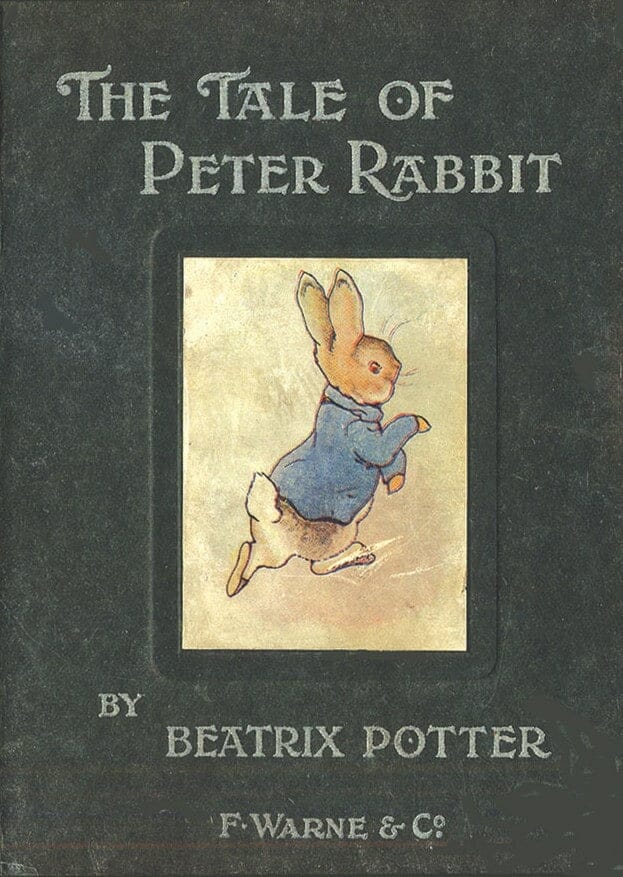 The Tale of Peter Rabbit is a children’s book written and illustrated by Beatrix Potter that follows mischievous and disobedient young Peter Rabbit as he gets into, and is chased around, the garden of Mr. McGregor. He escapes and returns home to his mother, who puts him to bed after offering him chamomile-tea. The tale was written for five-year-old Noel Moore, son of Potter’s former governess Annie Carter Moore, in 1893. It was revised and privately printed by Potter in 1901 after several publishers’ rejections, but was printed in a trade edition by Frederick Warne & Co. in 1902. The book was a success, and multiple reprints were issued in the years immediately following its debut. It has been translated into 36 languages, and with 45 million copies sold it is one of the best-selling books in history.Since its release, the book has generated considerable merchandise for both children and adults, including toys, dishes, foods, clothing, and videos. Potter was one of the first to be responsible for such merchandise when she patented a Peter Rabbit doll in 1903 and followed it almost immediately with a Peter Rabbit board game.
Peter Rabbit has remained popular amongst children for more than a century and continues to be adapted and expanded through new book editions, television and film.

Read More About The Tale of Peter Rabbit