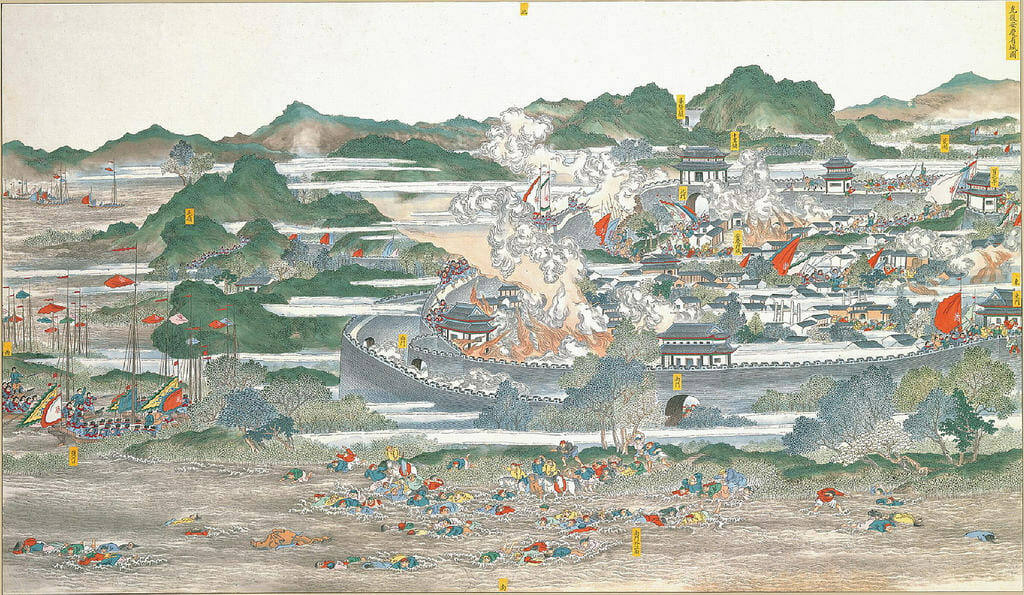 The Taiping Rebellion, which is also known as the Taiping Civil War or the Taiping Revolution, was a massive rebellion or civil war that was waged in China from 1850 to 1864 between the established Qing dynasty and the theocratic Taiping Heavenly Kingdom. After becoming the bloodiest civil war in world history, the established Qing government won decisively, although it was weakened.The uprising was commanded by Hong Xiuquan, the self-proclaimed brother of Jesus Christ. Its goals were religious, nationalist, and political in nature; they sought the conversion of the Chinese people to the Taiping’s syncretic version of Christianity. They also sought to overthrow the ruling Manchu Dynasty and a transformation of the state. Rather than supplanting the ruling class, the Taipings sought to upend the moral and social order of China. The Taipings established the Heavenly Kingdom as an oppositional state based in Tianjing (now Nanjing) and gained control of a significant part of southern China, eventually expanding to command a population base of nearly 30 million people.