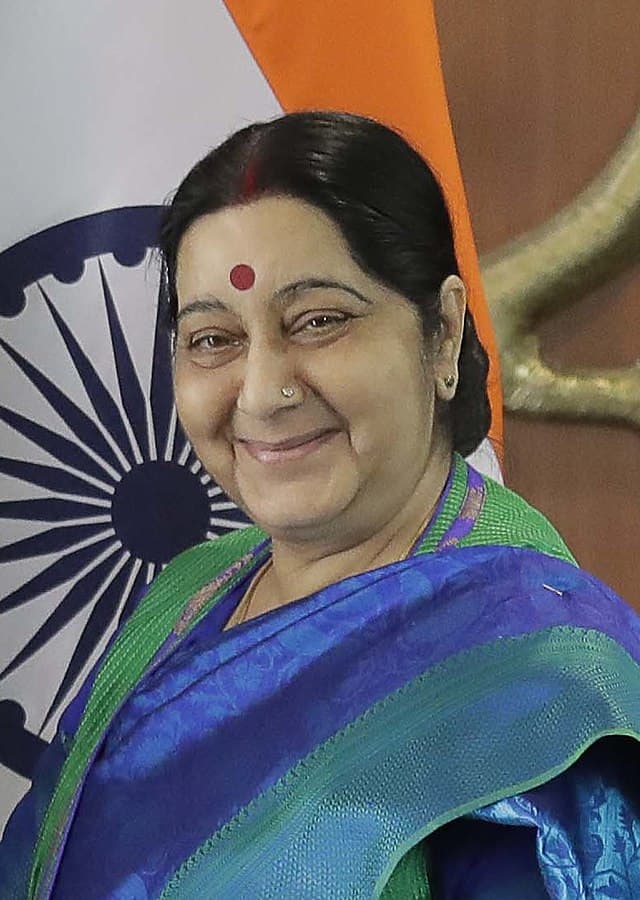 Sushma Swaraj ( 14 February 1952 – 6 August 2019) was an Indian politician and a Supreme Court lawyer. A senior leader of Bharatiya Janata Party, Swaraj served as the Minister of External Affairs of India in the first Narendra Modi government (2014–2019). She was the second woman to hold the office, after Indira Gandhi. She was elected seven times as a Member of Parliament and three times as a Member of the Legislative Assembly. At the age of 25 in 1977, she became the youngest cabinet minister of Indian state of Haryana. She also served as 5th Chief Minister of Delhi for a short duration in 1998 and became the First female Chief Minister of Delhi.