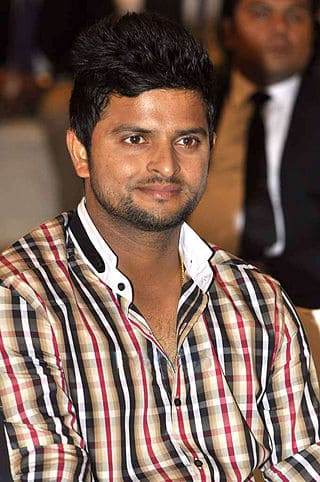 Suresh Raina ( born 27 November 1986) is an former Indian international cricketer. An aggressive left-handed middle-order batsman and an occasional off-spin bowler, he is also regarded as one of the best fielders in world cricket. He plays for Uttar Pradesh in all forms of domestic cricket. He was the captain of the Gujarat Lions in the Indian Premier League, and is the former vice-captain of the Chennai Super Kings. He has also captained the Indian cricket team and is the second-youngest player ever to captain India. He is the first Indian batsman to hit a century in all three formats of international cricket.Raina made his ODI debut in July 2005 against Sri Lanka at the age of 19. However, his Test debut came about five years later, in July 2010, against the same opposition. He scored a hundred on his Test debut. He was a part of the Indian squad that won the 2011 Cricket World Cup.
On 15 August 2020, Raina announced his retirement from all formats of international cricket, though he will continue to play for Chennai Super Kings in the Indian Premier League but pulled off due to personal reasons from IPL 2020.