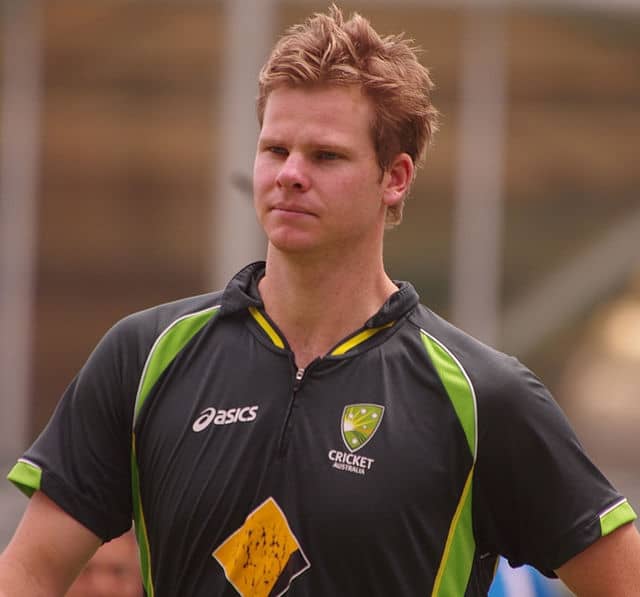 Steven Peter Devereux Smith (born 2 June 1989) is an Australian international cricketer and the current vice-captain of the Australia national cricket team in Tests. He was the former captain of the Australian national team. Smith has drawn comparisons to Donald Bradman, widely acknowledged as the greatest batsman of all time, due to his distinctively high Test batting average.Although he was initially selected for Australia as a right-arm leg spinner, Smith later played primarily as a batsman. After playing five matches from 2010 to 2011, he was recalled to the Australian team in 2013, and took over the captaincy from Michael Clarke in late 2015, after which he predominantly batted at either number 4 or 3.
Awards he has won include the Sir Garfield Sobers Trophy (ICC Cricketer of the Year) in 2015; ICC Test Player of the Year in 2015 and 2017; ICC Men’s Test Player of the Decade for 2011–2020; the Allan Border Medal for the best player in Australian Cricket in 2015, 2018 and 2021; Australian Test Player of the Year in 2015 and 2018, and Australian One Day International Player of the Year in 2015 and 2021. He was named by Wisden as one of their Cricketers of the Year in the 2016 Wisden Almanack.
In 2014, New Zealand batsman Martin Crowe described Smith as one of the young Fab Four of Test cricket along with Joe Root, Kane Williamson and Virat Kohli. On 30 December 2017, he reached a Test batting rating of 947, the second-highest of all time, only behind Don Bradman’s 961.
In March 2018, Smith was widely criticised for turning a blind eye to ball tampering in the third Test against South Africa, during which he stood down from the team captaincy and was replaced by Tim Paine. Following an investigation by Cricket Australia, Smith was banned from all international and domestic cricket in Australia for one year starting from 29 March 2018, and from consideration for any leadership role for an additional year.
In November 2021, Smith was appointed vice-captain after allegations of improper conduct by Tim Paine in 2017 surfaced. The following month, Smith captained Australia in the second Test of the 2021–22 Ashes series.