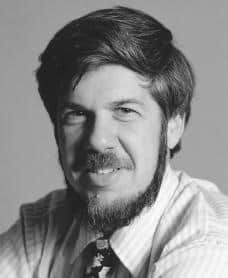 Stephen Jay Gould ( September 10, 1941 – May 20, 2002) was an American paleontologist, evolutionary biologist, and historian of science. He was one of the most influential and widely read authors of popular science of his generation. Gould spent most of his career teaching at Harvard University and working at the American Museum of Natural History in New York. In 1996, Gould was hired as the Vincent Astor Visiting Research Professor of Biology at New York University, where he divided his time teaching there and at Harvard.
Gould’s most significant contribution to evolutionary biology was the theory of punctuated equilibrium developed with Niles Eldredge in 1972. The theory proposes that most evolution is characterized by long periods of evolutionary stability, infrequently punctuated by swift periods of branching speciation. The theory was contrasted against phyletic gradualism, the popular idea that evolutionary change is marked by a pattern of smooth and continuous change in the fossil record.Most of Gould’s empirical research was based on the land snail genera Poecilozonites and Cerion. He also made important contributions to evolutionary developmental biology, receiving broad professional recognition for his book Ontogeny and Phylogeny. In evolutionary theory he opposed strict selectionism, sociobiology as applied to humans, and evolutionary psychology.