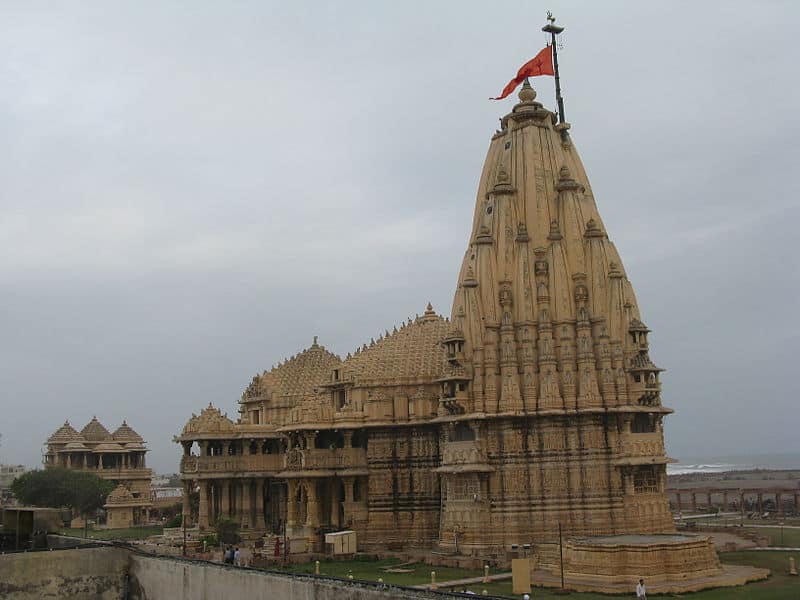 The Somnath temple (also known as the Deo Patan) located in Prabhas Patan near Veraval in Saurashtra on the western coast of Gujarat, India is believed to be the first among the twelve jyotirlinga shrines of Shiva. It is an important pilgrimage and tourist spot of Gujarat. Reconstructed several times in the past after repeated destruction by several invaders and rulers, the present temple was reconstructed in the Chaulukya style of Hindu temple architecture and completed in May 1951. The reconstruction was started under the orders of the Home Minister of India Vallabhbhai Patel and completed after his death.