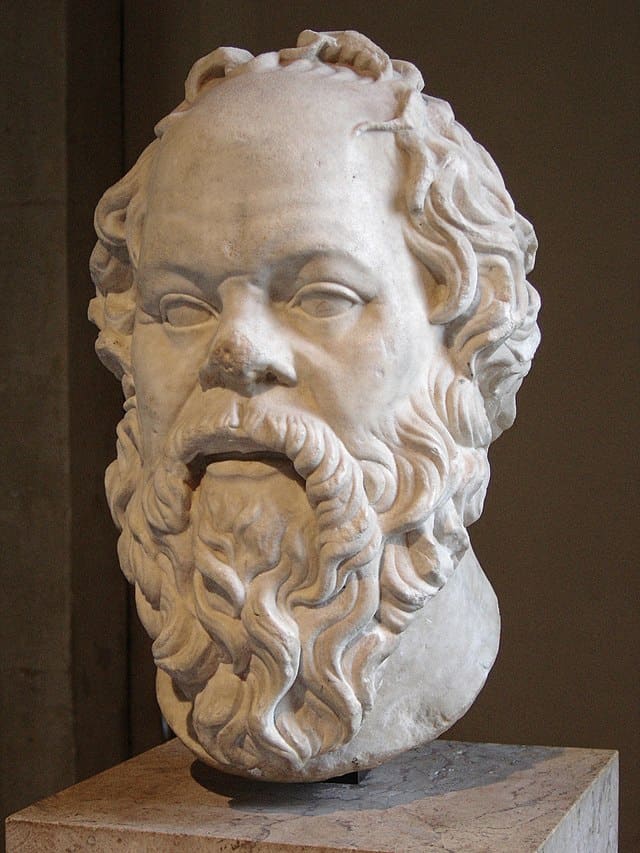 Socrates (c. 470 – 399 BC) was a Greek philosopher from Athens who is credited as one of the founders of Western philosophy, and as being the first moral philosopher of the Western ethical tradition of thought.
An enigmatic figure, he authored no texts, and is known chiefly through the accounts of classical writers composing after his lifetime, particularly his students Plato and Xenophon. Other sources include the contemporaneous Antisthenes, Aristippus, and Aeschines of Sphettos. Aristophanes, a playwright, is the main contemporary author to have written plays mentioning Socrates during Socrates’ lifetime, though a fragment of Ion of Chios’ Travel Journal provides important information about Socrates’ youth.Plato’s dialogues are among the most comprehensive accounts of Socrates to survive from antiquity, from which Socrates has become renowned for his contributions to the fields of ethics and epistemology. It is this Platonic Socrates who lends his name to the concepts of Socratic irony and the Socratic method, or elenchus. However, questions remain regarding the distinction between the real-life Socrates and Plato’s portrayal of Socrates in his dialogues.
Socrates exerted a strong influence on philosophers in later antiquity and in the modern era. Depictions of Socrates in art, literature and popular culture have made him one of the most widely known figures in the Western philosophical tradition.