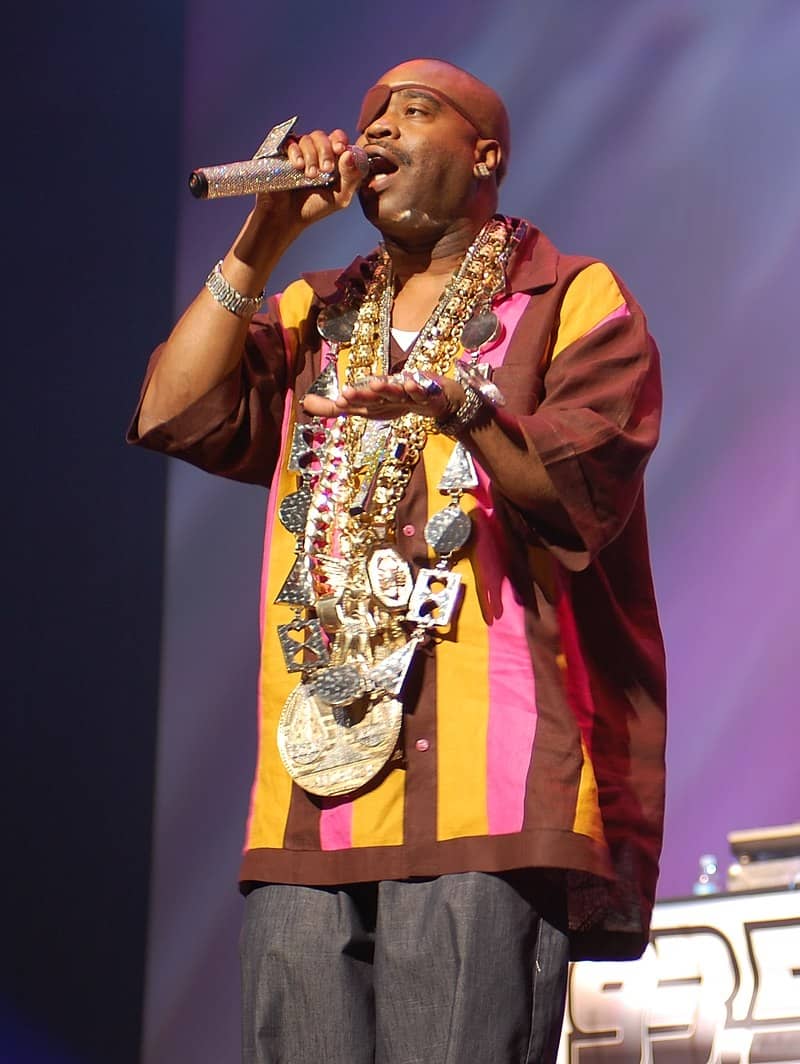 Richard Martin Lloyd Walters (born January 14, 1965), better known as Slick Rick, is an English-American rapper and record producer.
He rose to prominence with Doug E. Fresh & the Get Fresh Crew in the mid-1980s. Their songs “The Show” and “La Di Da Di” are considered early hip hop classics. “La Di Da Di” is one of the most sampled songs in history.In 1986, Slick Rick became the third artist signed to Def Jam Records. He has released four albums: The Great Adventures of Slick Rick (1988), The Ruler’s Back (1991), Behind Bars (1994) and The Art of Storytelling (1999). His music has been sampled and interpolated over 1,000 times, in dozens of songs by artists, including Eminem, Beyoncé, Mariah Carey, the Beastie Boys, TLC, Nas, Miley Cyrus, Kanye West, Black Star, The Notorious B.I.G., Snoop Dogg, MC Ren, Montell Jordan and Color Me Badd. In the process, Slick Rick has become one of the most-sampled hip-hop artists ever. Many of these songs based on Slick Rick samples went on to become hit singles.
He was one of the very first hip-hop artists to be covered, when Snoop Dogg (then Snoop Doggy Dogg) rapped Rick’s lyrics from his record “La Di Da Di” almost in their entirety on the track ‘Lodi Dodi’ on his debut album Doggystyle in 1993. At the time it was very uncommon for rappers to use complete song lyrics from another artist.Slick Rick has been a VH-1 Hip Hop Honors honoree, and About.com ranked him No. 12 on their list of the Top 50 MCs of Our Time, while The Source ranked him No. 15 on their list of the Top 50 Lyricists of All Time. He has acted and cameo-ed in 10 movies and videos.
He makes an appearance as a playable character in the video games Def Jam: Fight for NY and Def Jam Fight for NY: The Takeover.