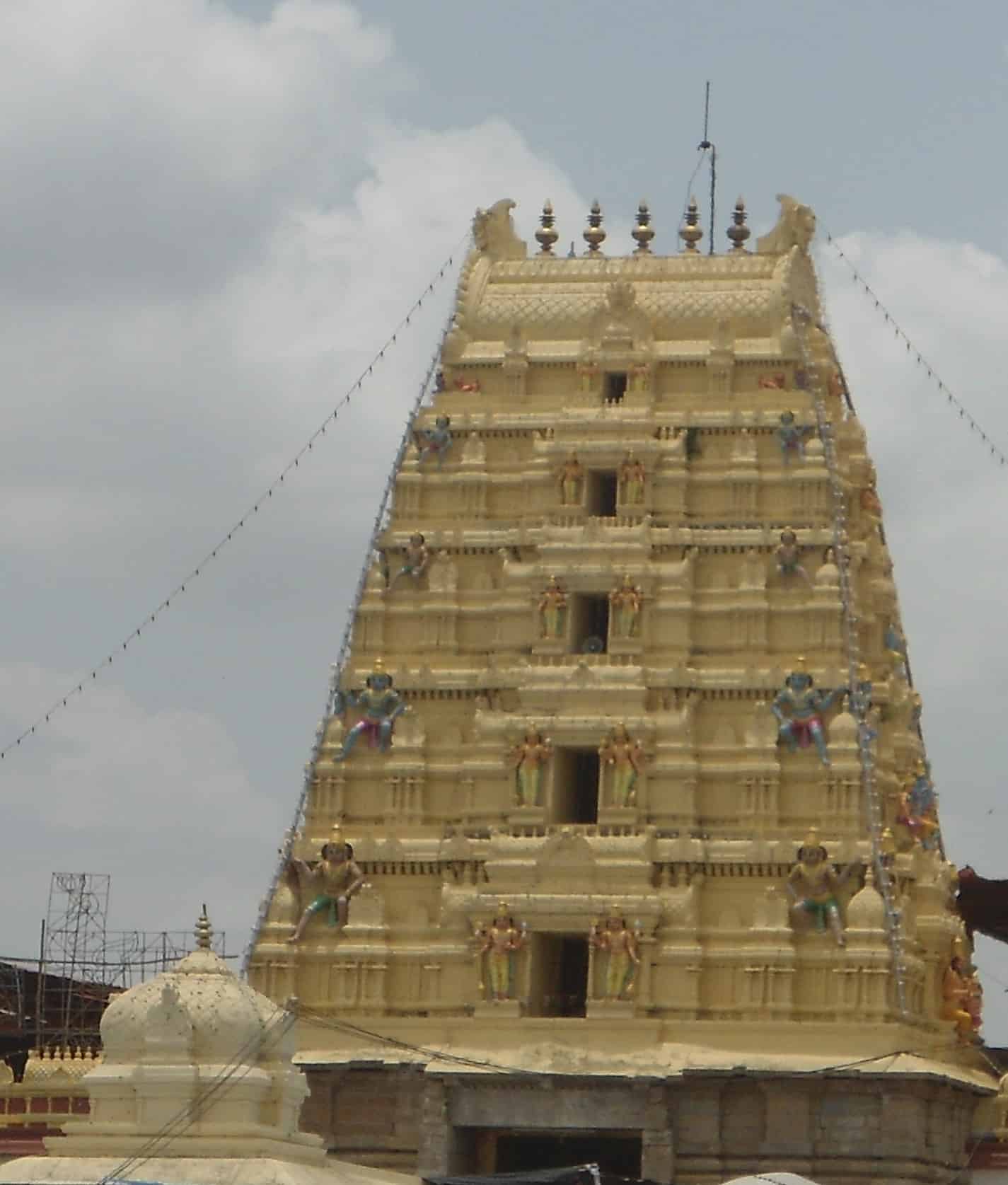 The Sri Sita Ramachandraswamy temple is a South Indian Hindu temple dedicated to Rama, the seventh incarnation of the god Vishnu. It is located on the shores of the Godavari River in the town of Bhadrachalam, a part of the Bhadradri Kothagudem district in Telangana state. Often simply referred to as Bhadrachalam or Bhadradri, the temple is considered one of the Divya Kshetrams of Godavari and is also revered as Dakshina Ayodhya. According to the legend, Vishnu appeared to Meru’s son Bhadra as Rama to answer the latter’s prayers. However, Vishnu forgot that Rama was a mortal human and appeared as Vaikuntha Rama with four hands. Sita and Lakshmana form part of the temple’s moolavar.