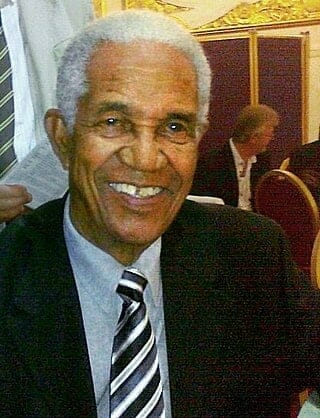 Sir Garfield St Aubrun Sobers, AO, OCC (born 28 July 1936), also known as Sir Gary or Sir Garry Sobers, is a former cricketer who played for the West Indies between 1954 and 1974. A highly skilled bowler, an aggressive batsman and an excellent fielder, he is widely considered to be cricket’s greatest ever all-rounder and one of the greatest cricketers of all time.Born in Bridgetown, Barbados, Sobers made his first-class debut for the Barbados cricket team at the age of 16 in 1953, and his Test debut for the West Indies the following year. Originally playing mainly as a bowler, he was soon promoted up the batting order. Against Pakistan in 1958, Sobers scored his maiden Test century, progressing to 365 not out and establishing a new record for the highest individual score in an innings. His record was not broken until Brian Lara scored 375 in 1994. Sobers was made captain of the West Indies in 1965, a role which he would hold until 1972. He would also captain a Rest of the World XI during their 1970 tour of England.
Overall, Sobers played 93 Tests for the West Indies, scoring 8032 runs at an average of 57.78, and taking 235 wickets at an average of 34.03. He has the fifth highest batting average in Test cricket in the list of cricketers with more than 5,000 runs. In his 383 first-class matches, he scored over 28,000 runs and took over 1000 wickets, having spent time with South Australia and Nottinghamshire towards the end of his career. Sobers was knighted by Queen Elizabeth II in 1975 for his services to cricket. He became a dual Barbadian-Australian citizen through marriage in 1980. By an act of Parliament in 1998, Sobers was named as one of the eleven National Heroes of Barbados.In 2009, Sobers was inducted into the ICC Cricket Hall of Fame.Sir Garfield has criticised the decision for Barbados to become a republic.