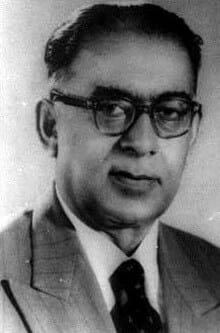 Sir Malik Feroz Khan Noon (7 May 1893 – 9 December 1970) KCSI, KCIE, OStJ, best known as Feroze Khan, was the seventh Prime Minister of Pakistan, serving in this capacity from his appointment on 16 December 1957, until being removed when the President of Pakistan Iskandar Ali Mirza imposed martial law with the 8 October 1958 Pakistani coup d’état.Trained as a barrister in England, Khan served as High Commissioner of India to the United Kingdom before serving as a military adviser, over issues pertaining to the British Indian Army, to Prime Minister Winston Churchill’s war ministry from the India Office.Khan was one of the Founding Fathers of Pakistan who helped to negotiate and establish the Federation of Pakistan as a nation-state on 14 August 1947, resulting from the successful constitutional movement led by Muhammad Ali Jinnah.