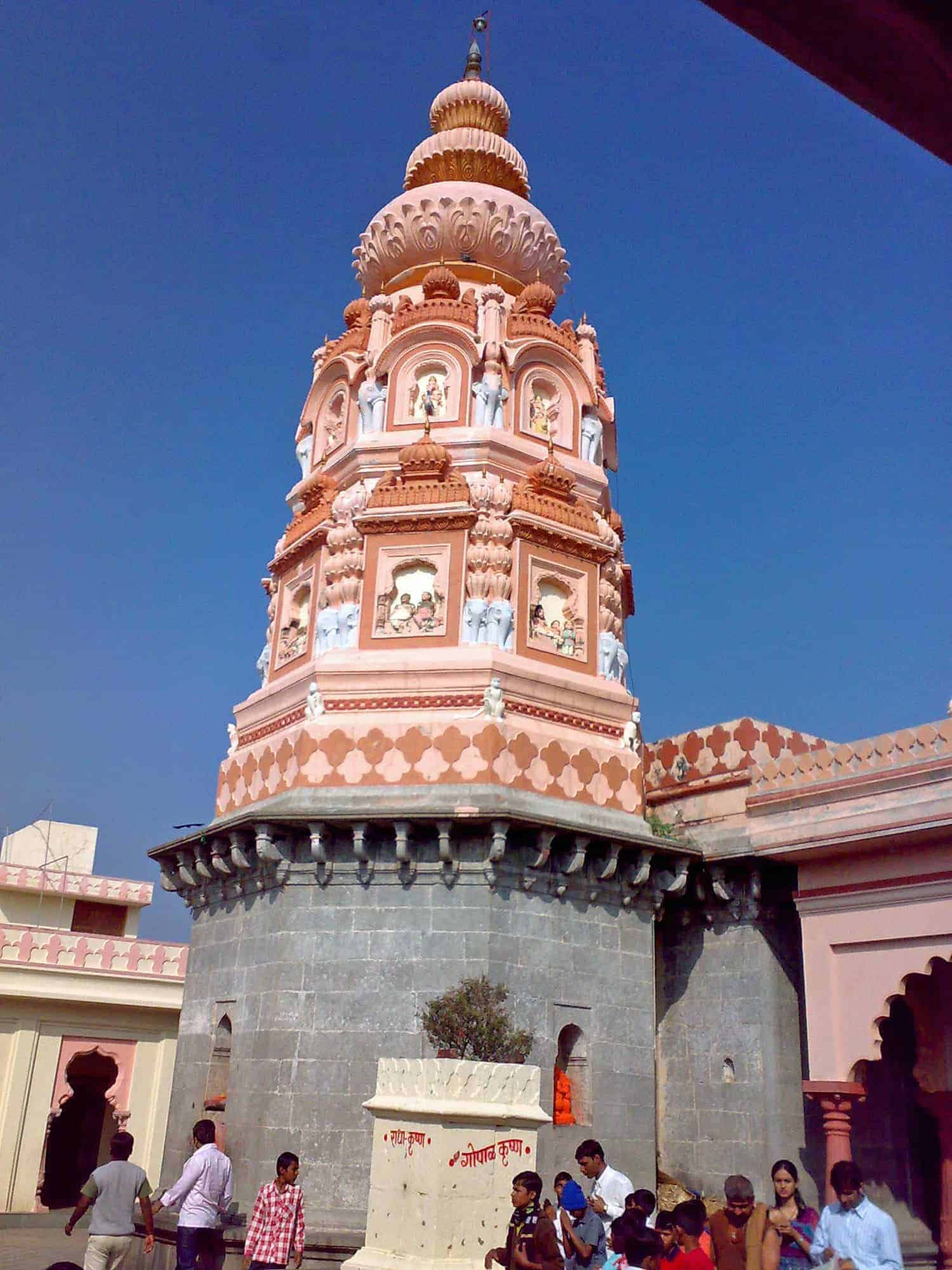 Shri Mayureshwar Mandir or Shri Moreshwar Temple is a Hindu temple (mandir) dedicated to Ganesha, the elephant-headed god of wisdom. It is located in Moragaon in Pune District, about 65 km away from Pune city in the Indian state of Maharashtra. The temple is the starting and ending point of a pilgrimage of eight revered Ganesha temples called Ashtavinayaka.
Moragon is the foremost centre of worship of the Ganapatya sect, which considers Ganesha as the Supreme Being. A Hindu legend relates the temple to killing of the demon Sindhu by Ganesha. The exact date of building of the temple is unknown, though the Ganapatya saint Moraya Gosavi is known to be associated with it. The temple flourished due to the patronage of the Peshwa rulers and descendants of Moraya Gosavi.