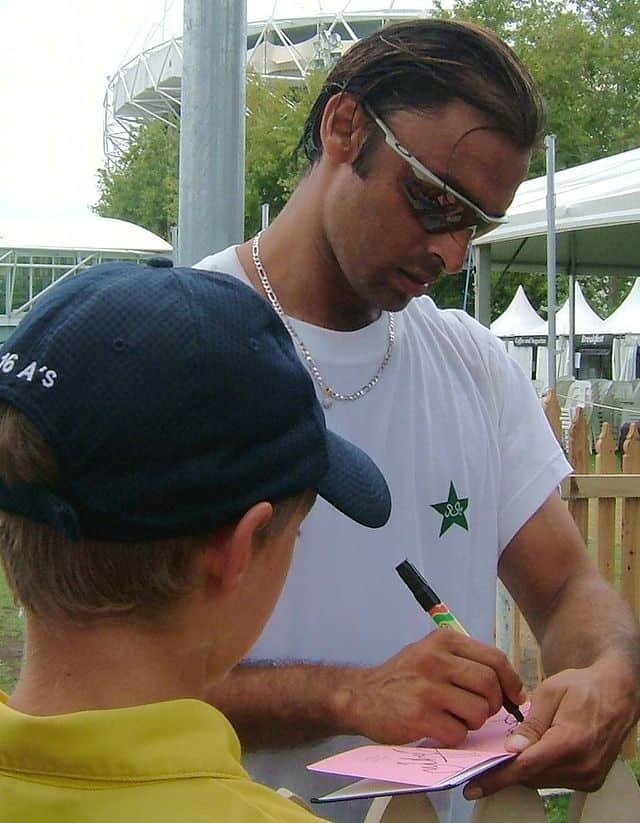 Shoaib Akhtar (pronunciation ; born 13 August 1975) is a Pakistani former cricketer and commentator. Nicknamed the “Rawalpindi Express”, he was the first bowler to be recorded bowling at 100 miles per hour, a feat he achieved twice in his career.Akhtar made his Test match debut in November 1997 as an opening fast bowler and played his first One Day International three months later. He has been involved in several controversies during his career, often accused of unsportsmanlike conduct. Akhtar was sent home during a Test match series in Australia in 2005 for alleged poor attitude and a year later received a ban after testing positive for the performance-enhancing substance nandrolone. However, the ban imposed on him was lifted on appeal. In 2008, Akhtar was banned for five years for publicly criticising the Pakistan Cricket Board, although in October 2008, the Lahore High Court suspended the ban and Akhtar was selected in the 15-man squad for the Twenty20 Quadrangular Tournament in Canada. Akhtar retired from international cricket after the 2011 World Cup.