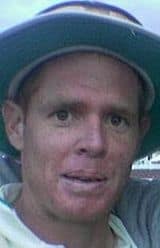 Shaun Maclean Pollock OIS (born 16 July 1973) is a South African cricket commentator and former cricketer, who was captain in all formats of the game. He is widely regarded as one of the greatest fast bowlers and allrounders of all time. A genuine bowling all-rounder, Pollock along with Allan Donald formed a bowling partnership for many years. From 2000 to 2003 he was the captain of the South African cricket team, and also played for Africa XI, World XI, Dolphins and Warwickshire. He was chosen as the Wisden Cricketer of the Year in 2003.
On 11 January 2008 he announced his retirement from all forms of international cricket after his 303rd One Day International on 3 February. Pollock now works as a commentator on SuperSport’s coverage of South African cricket.
In November 2021, he was inducted to the ICC Cricket Hall of Fame.