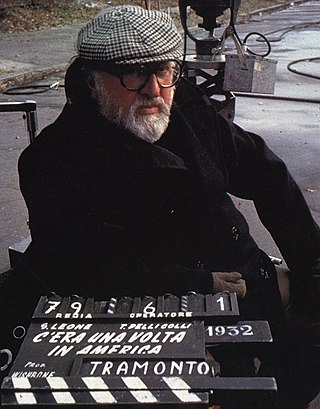 Sergio Leone (Italian: [ˈsɛrdʒo leˈoːne]; January 3, 1929 – April 30, 1989) was an Italian film director, producer and screenwriter, credited as the creator of the Spaghetti Western genre and widely regarded as one of the most influential directors in the history of cinema.Leone’s film-making style includes juxtaposing extreme close-up shots with lengthy long shots. His movies include the Dollars Trilogy of Westerns featuring Clint Eastwood: A Fistful of Dollars (1964), For a Few Dollars More (1965), and The Good, the Bad and the Ugly (1966); and the Once Upon a Time films: Once Upon a Time in the West (1968), Duck, You Sucker! (1971), and Once Upon a Time in America (1984).