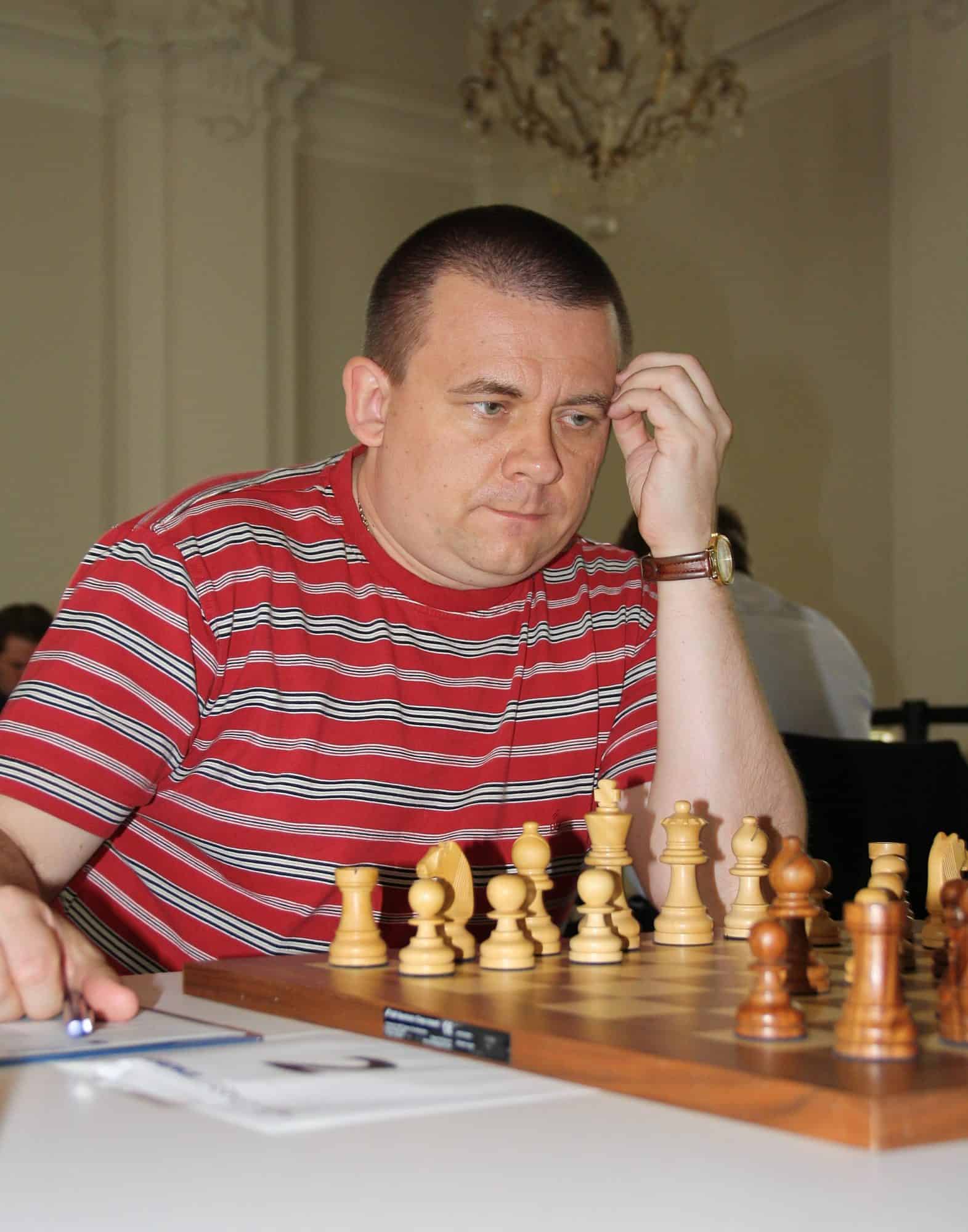 Sergei Rublevsky (born 15 October 1974) is a Russian chess grandmaster (1994). He has won four team gold medals and one individual bronze medal at Chess Olympiads. He won the prestigious Aeroflot Open in 2004, and became the 58th Russian chess champion after winning the Russian Superfinal in Moscow (18–30 December 2005), one point clear from Dmitry Jakovenko and Alexander Morozevich.He finished in the top 10 in the 2005 FIDE World Cup, which qualified him for the Candidates Tournament for the FIDE World Chess Championship 2007, played in May–June 2007. He defeated Ruslan Ponomariov 3½-2½ in the first round. In the second round he played Alexander Grischuk. The match was tied 3-3, but Grischuk won the rapid playoff 2½-½, eliminating Rublevsky from the championship.