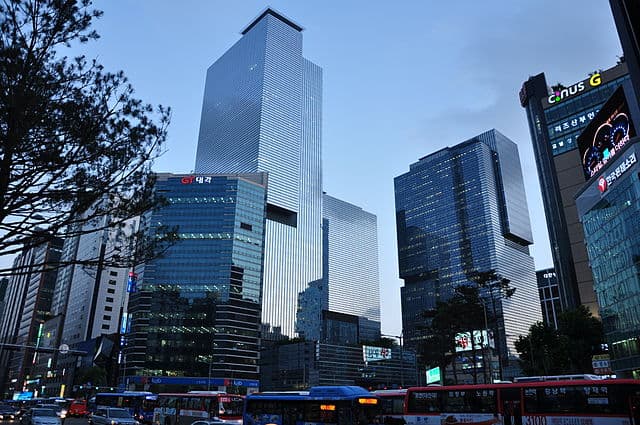 Samsung Electronics Co. Ltd. is a South Korean multinational electronics company headquartered in the Yeongtong District of Suwon. It is the pinnacle of the Samsung chaebol, accounting for 70% of the group’s revenue in 2012. Samsung Electronics has played a key role in the group’s corporate governance due to circular ownership. Samsung Electronics has assembly plants and sales networks in 74 countries and employs around 290,000 people. It is majority-owned by foreign investors. It is the world’s largest manufacturer of consumer electronics by revenue. As of 2019, Samsung Electronics is the world’s second largest technology company by revenue, and its market capitalization stood at US$301.65 billion, the 18th largest in the world.Samsung is a major manufacturer of electronic components such as lithium-ion batteries, semiconductors, image sensors, camera modules and displays for clients such as Apple, Sony, HTC and Nokia. It is the world’s largest manufacturer of mobile phones and smartphones, started with the original Samsung Solstice and later, the popularity of its Samsung Galaxy line of devices. The company is also a major vendor of tablet computers, particularly its Android-powered Samsung Galaxy Tab collection, and regarded for developing the phablet market with the Samsung Galaxy Note family of devices. It has also developed 5G capable smartphones including the Galaxy S20 and Galaxy Note 20 and foldable phones including the Galaxy Fold. Samsung has been the world’s largest television manufacturer since 2006, and the world’s largest manufacturer of mobile phones since 2011. It is also the world’s largest memory chip manufacturer and, from 2017 to 2018, had been the largest semiconductor company in the world, briefly dethroning Intel, the decades-long champion.In 2012, Kwon Oh-hyun was appointed the company’s CEO, but announced in October 2017 that he would resign in March 2018, citing an “unprecedented crisis”. As of March 2018, the company maintains a three-CEO layout, with Ki Nam Kim, Hyun Suk Kim, and Dong Jin Koh. It has also had HC Hong as a separate CEO for Southeast Asia since 2015.