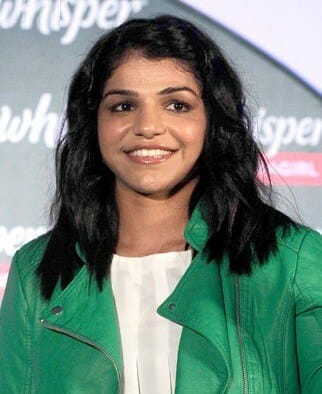 Sakshi Malik (born 3 September 1992) is an Indian freestyle wrestler. At the 2016 Summer Olympics, she won the bronze medal in the 58 kg category, becoming the first Indian female wrestler to win a medal at the Olympics. She is a part of the JSW Sports Excellence Program, along with fellow female wrestlers Vinesh Phogat, Babita Kumari and Geeta Phogat. Malik had previously won the silver medal at the 2014 Commonwealth Games in Glasgow, and the bronze medal at the 2015 Asian Wrestling Championships in Doha.